Economic Implications of Brexit and Turkey

The Brexit’s aftereffects on the Turkish economy will hinge mostly upon the Brexit formula to be devised. The new structure of UK-EU trade could include Turkey as an associated party or, alternatively, pave the way for a new bilateral agreement with the UK. 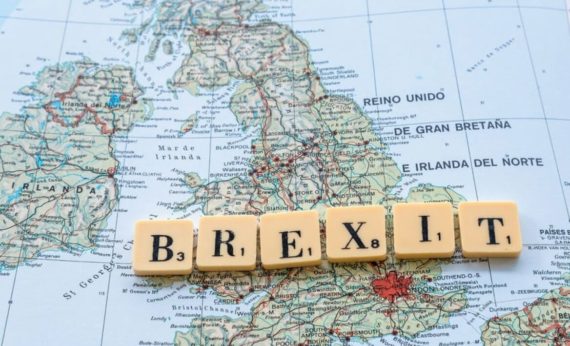 The radical choice made by Britons to leave the EU in June 2016 was led by those who believed that an EU-independent UK would be better off. Nevertheless, the degree of rationality of the arguments put forward for the Brexit campaign still preserves its ambiguity. In this context, the fundamental question relates to the price to be paid by Great Britain in return for the sovereignty that it voted for. This is because the political as well as the economic dimensions of the historical decision create nontrivial concerns. What is more, concerns are not limited to the UK but also pertain to the EU and many non-EU affiliates.

In this regard, the Brexit process to be triggered by Article 50 of the Lisbon Treaty will be critical in many respects. The formula that will emerge from the negotiations, which are expected to last two years, will determine the content of the post-Brexit conditions for the UK, thereby generating implications for the rest of the world.In this framework, when the impacts on the British economy are assessed, one can talk about the short-term dynamics, on one hand, and the medium/long-term effects on the other.

As for the short-run effects, the main focus can be defined as the loss of confidence created by the risks perceived both economically and politically. The sharp fall in sterling immediately after the referendum was, indeed, a primary indicator of this fact. Depreciation of the domestic currency has the potential to affect the foreign trade channel of the UK economy, by imposing a possible weakening in imports while providing a supposedly competitive advantage for exports.On the other hand, the loss of confidence might manufacture unpleasant effects for the service industry and in terms of the famous British finance sector in particular. Another inevitable short-term outcome of the referendum can be projected to be the loss of appetite of foreign capital due to the uncertainties that have emerged. Cancellations and delays of some international projects in the immediate aftermath of the Brexit decision can be well considered an apparent sign of such an inclination. In this sense, it would not be unfair to claim that the UK, presently the most favored European destination for global capital inflows, will long for its attractiveness, at least for a while, until the Brexit formula becomes clear. Moreover, ambiguities will cause inconvenience for domestic economic actors as well, leading to negative prospective reflections on decisions of investment and consumption.

Thus, all in all, projecting a slowdown in the UK economy in the short run seems reasonable. Yet, potential actions and stimulations to be planned by the government and the Bank of England might lessen the adverse effects to some extent.

IslamophobiaBy Mert H. Akgun
On the other hand, as the uncertainties regarding the process disappear over time, the British economy rather will be directed along the path drawn by the new conditions. Therefore, what will basically differentiate the medium/long run from the short run will be the substance of the Brexit formula that will undeniably stage a challenging course of negotiation. This is mainly because the disintegration process can cause damage to both sides owing to the dense nature of the ongoing economic relations.At this point, one can indeed talk about the existence of a dilemma for the EU and the UK. While the parties would reasonably prefer to proceed with the minimum harm possible to themselves, achieving such an objective will be difficult. As for the EU, offering generous entitlements to a member exiting the Union would pose serious political risks by encouraging those who might think of an exit in the future. For the UK, on the other hand, more economic integration would necessitate obeisance to EU rules and regulations, hence conflicting with the original targets of the Brexiteers in terms of sovereignty. This is why, from a rational perspective, the formula to be negotiated might rather be expected to deliver limited economic integration for the United Kingdom.Furthermore, it should be underlined that the new scenario will have consequences for relations between the UK and its non-EU partners. The British economy currently runs its trade relationships through more than 50 international agreements undertaken by the EU. Therefore, the destiny of the UK’s non-EU trade will depend on the Brexit formula to be agreed.

In brief, the next chapter of the British economy will rely upon the degree of its future economic integration with the EU and the deals that will be built upon this. In this context, there is no doubt that the UK will have to make serious efforts to minimize the relevant costs and attain the best privileges possible. This, however, could constrain its economy to a considerably low performance in the years to come.

Likewise, consequences of the Brexit process possibly will resonate in Turkey due to the country’s strong economic ties with the UK and the EU. The UK is currently one of the top destinations for Turkish exports and welcomes a wide range of goods from Turkey, including motor vehicles, clothing, electronics, machinery and articles of iron and steel. As for the short term, a prospective slowdown in the UK economy has the potential to affect imports from Turkey in a downward direction. Moreover, Turkish exports could encounter the risk of a reaction through the European economy, depending on the severity of the regional outcomes. In this context, the trade relations of Turkey with the UK and the EU might also be affected by the changes in sterling and euro in the near future. Besides, developments in the short run can be expected to have consequences for the Turkish tourism sector, for which the EU and the UK, in particular, are major sources.

The aftereffects on the Turkish economy, on the other hand, will hinge mostly upon the Brexit formula to be devised. In this respect, the new structure of UK-EU trade could include Turkey as an associated party or, alternatively, pave the way for a new bilateral agreement with the UK. The latter is a delicate matter due to Turkey’s subjection to the Customs Union, nonetheless. And last but not least, apart from the credit opportunities it provides for the Turkish private sector, the United Kingdom also stands as a foremost actor in terms of foreign direct investments (FDI) made in Turkey. The share of the UK in total FDIs in Turkey in the year of 2015 was %7 and enlarged to %8.2 for the first 7 months of 2016. Thus, the UK’s ongoing role as a prominent source of finance and investments should be expressed as another likely channel of impact for the Turkish economy. To cut a long story short, potential implications of the imminent negotiation process and the post-Brexit era are likely to be echoed in Turkey, as well.