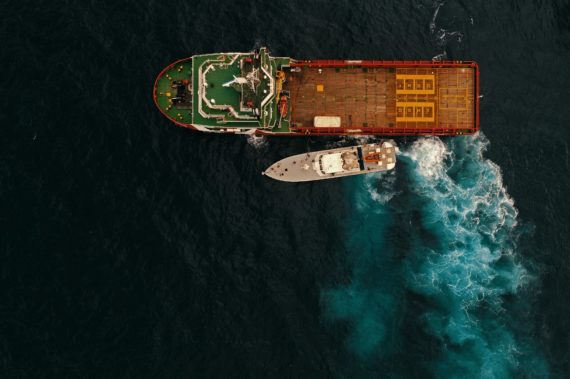 Turkish ships drilling for gas and oil within its own territorial waters, Anadolu Agency

It was announced that the main aim of the forum was to increase cooperation and coordination among Eastern Mediterranean countries. It was further emphasized that the countries in the region must comply with international law in their gas exploration activities. The forum also sought to establish a natural gas market by prioritizing interests of its members. By joining their efforts, these countries hoped that the exploration and infrastructure costs would be reduced and the forum would become a dominant actor in the global gas market.

It can be argued that apart from the officially stated goals, one of the main motivations of this forum is to exclude Turkey from the Eastern Mediterranean energy structure. Initial signs of such steps had been taken by the Egyptian regime during the past years. Cairo has been actively engaging with regional countries such as Greece, the Greek Cypriot administration of South Cyprus, and Israel, in order to establish a regional alliance that would restrict Turkey’s interests in the Eastern Mediterranean. While these countries benefit from the Tamar, Leviathan, Zohr, and Aphrodite fields, Turkey also considers extracting natural gas or oil in order to decrease its dependence on external markets.

Representatives from Turkey, Libya, Syria, Lebanon and Northern Cyprus were not invited to the Eastern Mediterranean Gas Forum as this became a platform for Egypt to depict its own regional interests.

In early 2018, Turkey’s Foreign Minister Mevlut Cavusoglu announced that Ankara would not allow other regional actors to exclude Turkey in Eastern Mediterranean affairs, particularly with regards to energy reserves. An important step taken by Turkey in this context has been the introduction of natural gas exploration activities in the Eastern Mediterranean. On November 6, the Turkish Petroleum Corporation (TPAO) began drilling in the Alanya-1 well in its first activities near the Turkish city of Antalya. On the other hand, seismic surveys for possible natural gas reserves were carried out with the Barbaros Hayrettin Pasa vessel, which is accompanied by Turkish Navy warships.

These developments indicate that Turkey will continue its activities in the Eastern Mediterranean despite all efforts by other regional actors, particularly Egypt, Israel, Greece, and the Greek Cypriot administration of South Cyprus to prevent Ankara. Apart from Turkey’s solid stance regarding oil and gas exploration efforts, there are a number of obstacles that hinder the success of narrow-minded strategies of regional actors. First of all, the Egyptian, Israeli and Greek leaderships face major domestic challenges in their countries. Political instabilities and economic problems would possibly prevent these countries from producing long-term policies.

As Turkey heavily depends on external actors in terms of its energy needs, Ankara will not allow other regional actors to exclude Turkey in Eastern Mediterranean affairs, particularly with regards to energy reserves.

The continuation of regional instability is another source of concern for future scenarios in the Eastern Mediterranean. While conflicts in countries such as Syria and Libya continue, disagreements among the Gulf countries continue to deepen. In addition to this, the uncertainty of the U.S. leadership vis-à-vis its policies in the Middle East prevent regional actors from acquiring long-term political strategies, which include affairs related to the Eastern Mediterranean.

It must finally be noted that despite efforts to exclude Turkey from regional initiatives, Ankara will continue to be a major actor in the geo-strategic competition in the Eastern Mediterranean. As Turkey heavily depends on external actors in terms of its energy needs, it is of great importance for the country to explore and extract natural gas or oil in every possible field. Therefore, the Turkish government will continue its efforts to explore oil and gas in its territorial waters. For this reason, any initiative to exclude Turkey from in the Eastern Mediterranean will lack its solid foundations. This would also damage the friendly relations among regional actors and further threaten the security environment in the region.