There is now an ecosystem in which Turkey, Georgia, and Azerbaijan regional triangle has its own regional niche. And Turkey is a stakeholder not only in regional stability but also the European Energy Community, and beyond. 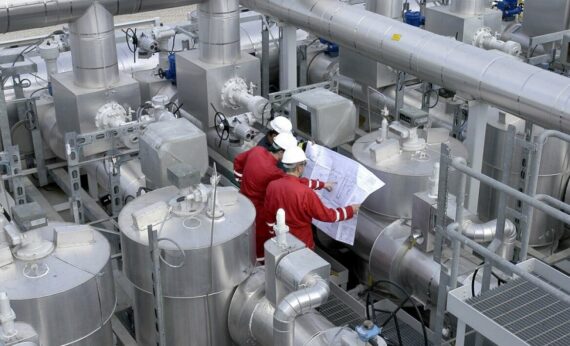 In the early 1990s, Turkey’s role in the South Caucasus was seen as part of a greater scheme of liberalization, westernization, and Europeanization. The terms were used interchangeably, although that transformative confidence is now gone. At the time, the basic idea was to transform the Cold War borderline into a bridge to the West. Analysts used the dramatic term “the contract of the century” to describe the emergence of an energy highway from Baku to Ankara via Tbilisi that would link the energy resources of the Caspian Basin and Central Asia to Europe. But, Turkey was never an instrumental actor alone. For Turkey’s last generation of Cold War leaders, it was evident early on that this energy partnership provided Turkey with a historic second chance to return to the Black Sea as a regional power. Arguably, Turkey’s national vision takes precedence over the project of Europeanization today. But, the two dimensions of this energy partnership – national and European – remain interdependent and mutually reinforcing.

Turgut Özal re-conceptualized the vision of an energy highway from the Caspian basin as a pipeline rather than a series of “shipments” through the Black Sea. The issue at hand was not only the congestion of the Bosporus and environmental concerns for the enclosed body of water. Turkey was after a relationship built of steel pipes. And if Özal was the visionary, the worker was a man who described himself as “the peasant boy” and was nicknamed “the shepherd.” As Turkey convulsed from Cold War to regional power and from weak political coalitions to military interventions, Süleyman Demirel was the Prime Minister of choice in the 1960s and 1970s and the President in 1993 and 2000. The primary trait of leadership for his generation was making the desirable look inevitable.

Demirel presented the pipeline from Azerbaijan to Turkey via Georgia as a regionalization story. But, from an early stage, the idea for Turkey was to become an energy hub, bridging the energy sources of the Middle East, the Caspian Basin, and Central Asia to Europe. That was always a story less about Europe and more about Turkey. Turkey was given the historic chance to remold and redirect its relationship with its neighbors and build around this relationship a new regional consensus on its own status as the indispensable partner to nearly every economic sector, from construction to tourism and from agriculture to retail. The point then and the point now is that Europe is a major component of the role Turkey has defined for itself.

The triangle of Azerbaijan, Georgia, and Turkey widened the scope of the relationship. Since the 2000s, successive AKP administrations have built a triangular high-level policy instrument in the South Caucasus that remains effective largely because it is transactional rather than transformational. The three countries cooperate through a trilateral forum that is very much top-down and policy focused. Despite being a NATO member, Turkey has self-consciously avoided playing the counterbalancing strategic actor in the region vis-à-vis Russia and has kept policy cooperation with each and every state in the region in neat and self-contained “boxes.” When it comes to energy cooperation, there is no contradiction between Russia emerging as Turkey’s single biggest partner and cooperation with Georgia. Ankara pursues a multi-vector policy inherent in the very notion of a hub, strategically aspiring to play the role of a bridge between emerging and developed economies. A bridge must be stable on both shores.

Regionalization in a European Framework

The political narrative of Turkish exclusion from decision-making when it comes to European policy development is one side of the coin. But, the status of a candidate country, membership in the Customs Union, the process of accession negotiations – however, unrealistic the prospect of membership appears – and the normative, and regulatory harmonization in Europe comes with two distinct advantages.

The first is scale. Undoubtedly, for Turkey, Europe is a catalyst. As a launchpad to Europe’s market, Turkey has been able to scale up foreign direct investment, access international capital markets in preferential terms, bolster industrial capacity, and increase trade volumes. Energy is no exception. Energy infrastructure is developed to channel considerable energy flows from the Middle East, Russia, and the Caspian Basin to Europe, with Turkey reaping short and long-term benefits. In the short and medium term, Turkish industry reaps the benefits of downstream project development; in the long run, Turkey reaps the benefits of low energy rates that become a competitive advantage.

The second is protection for certain types of volatility. For example, as an investor, Turkey can operate in a predictable multilaterally regulated energy market of Europe’s energy community. Therefore, Turkey can function as an investor in places like Georgia and Azerbaijan, gaining access to cheaper energy, such as hydroelectric power, within a coherent, transparent, and predictable normative framework. On these foundations, the three countries have built a regional electricity market that projects a diminished national risk than an investor would expect at first sight.

Hydroelectric power is in this sense a good case study. Georgia has set the ambitious objective of becoming carbon neutral by 2050. With over 25,000 streams and rivers, Georgia has reached 90% autonomy in electricity production and is a net exporter, primarily to Turkey. Thus far, the country has only developed 20% of its estimated capacity. Turkish firms are the leading investors in hydroelectric project development in Georgia, with access to a state of the art grid developed with the support of institutional investors that operate within a EU-driven framework. That is essential not only for risk management and access to capital markets but also for the regulatory transparency that each investor expects.

National Objectives in a European Framework

Turkey is the most important economic partner of Georgia and Azerbaijan across most economic sectors. That is no longer a process driven by EU engagement, but an effect amplified, catalyzed, and facilitated by normative and regulatory integration stemming from Brussels.

Turkey, Georgia, and Azerbaijan have moved from oil and gas to develop high-speed rail networks, roads, and electricity infrastructure, widening the scope and scale of their relationship. By becoming the indispensable conduit from emerging markets to Europe, Turkey and the region at large has become the hub for all kinds of flows from the Middle East, Central Asia, Russia, and China to Europe. Turkey’s multi-vector policy is no longer about oil and gas alone, but also trade in goods, logistics, electricity, and even data. And the emerging cluster makes an attractive case for a manufacturing hub that brings together competitive labor, ever-more attractive energy rates, and market access (normative and physical).

The scope and depth of the relationship no longer depends on oil price fluctuations. There is now an ecosystem in which this regional triangle has its own regional niche. And Turkey is a stakeholder not only in regional stability but also the European Energy Community, and beyond.

Dr. Ilia Roubanis is a policy consultant in EU politics and a specialist in Black Sea and Southeastern Europe. He has worked for a number of think-tanks and is currently associated with the Institutte of International Relations (IDIS), Athens, Greece.