“At a time when global leadership is desperately needed, it is crucial to improve the UN rather than destroy it.” 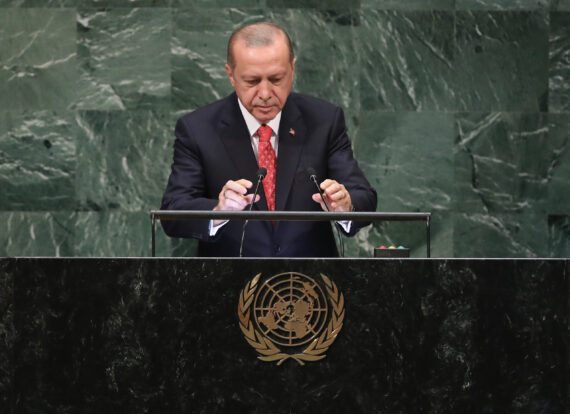 Turkey’s President, Recep Tayyip Erdogan, has long been calling for reform within the United Nations. Since his election to high office in Turkey, the President has been insisting that the UN should be an international body that works for the interests of all countries, rather than a few.

It’s with this distinction that the President’s “The World is Bigger Than Five” motto has received attention worldwide.

UN reform was on the President’s agenda during the 73rd session of the UN General Assembly.

During his speech at the UN on Tuesday, President Erdogan stated that the UN is “suffering from an unprecedented crisis of credibility,” adding that “the main reason for the current troubles of the UN is due to the Security Council’s failure to keep its promise of promoting peace and security around the world.”

“At a time when global leadership is desperately needed, it is crucial to improve the UN rather than destroy it.”

“If the global powers won’t help, the rest of the international community must take the matters into its own hands and launch a comprehensive UN reform process.”

Following his speech at the United Nations, the Turkish President also re-iterated his point in an article he wrote for Foreign Policy. In his article, Erdogan’s message was clear: “Don’t let major powers such as the United States undermine the liberal international order. Instead, reform it so it works better.”

Turkey’s biggest frustration with the UN is largely due to the lack of attention the body gave to the Syrian Civil War and the human catastrophes that are still taking place in the Middle East.

In addition to his call for systematic reform, the President also urged for a UN Youth body to be created. The President added that Turkey will welcome for the headquarters of this body to be located in Istanbul.

Turkey has been active in youth diplomacy and is increasing its overseas representation by ensuring that the country’s youth are represented on an international level.