“Why did the murder take place in Istanbul? Who did these people get their orders from? Why didn’t they allow for the consulate to be searched straight away? We’re looking for answers. Why did the Saudi regime make so many contradictory statements? Where are the remains of Khashoggi if his murder is accepted?" 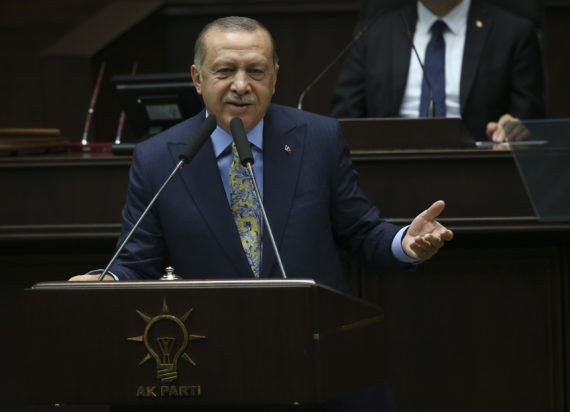 The international agenda has recently been occupied with the brutal murder of the Jamal Khashoggi who was last seen on 2 October before entering into the Saudi consulate in Istanbul.

Turkey’s President Recep Tayyip Erdogan made his first public appearance in regards to this issue. But before observing what the President said, let’s recap what happened to the journalist:

A day before Khashoggi’s entrance to the consulate (1 October) a group of men from Saudi Arabia flew to Istanbul. A group of 15 people – the hit squad – came in 3 groups. Two groups of three traveled together and the last, and most important group of 9 people, came with a private jet to Ataturk airport.

After going to their hotels, they then visited the consulate.

On the day of the murder, this group of 15 men all arrive at the consulate between 9:50 and 11 am. Khashoggi is called at 11:50am to remind him of his appointment. And finally, Khashoggi arrives at 13:08.

After he entered the consulate, the prominent Saudi journalist did not leave.

At first, after his fiancée had informed Turkish authorities, the Saudi regime claimed that Khashoggi had left, but that they couldn’t provide evidence because the hard disk of the camera system was faulty. [According to President Erdogan’s remarks, the hard disk was removed by the hit squad].

After the investigation was launched various reports and intelligence that was gathered by the Turkish authorities were released to the press. It became evident that Khashoggi had been brutally murdered by the hit squad that came from Saudi Arabia.

The brutal murder of Khashoggi took place in front of and in the general consul’s room.

Only recently did it become clear that Saudi al-Qahtani, who was recently dismissed as senior adviser to the Saudi royal court last week, hurdled insults at Khashoggi before giving the heads up to the group of men that were sent for Khashoggi’s murder.

Qahtani ran social media for Crown Prince Mohammed bin Salman and masterminded the arrests of hundreds of his country’s elite.

Nor Turkey, nor the international community, accepted this as an explanation. However, the Saudi regime went further and extended their condolences to the family of Jamal Khashoggi – trying to make it seem that the Saudi regime had nothing to do with the murder at all.

Today, President Erdogan publicly tore the Saudi regime apart, and insisted that they tell the international community the truth and hold those responsible for the event to account.

After providing a timeline of events that occurred, Erdogan explained that he had two phone calls with Saudi King Salman, and it’s the second one that’s the most important –

Erdogan explained that King Salman had informed him that the 15 people who flew to Turkey to conduct the murder and 3 other individuals involved had been arrested in Saudi Arabia. The President highlighted that these arrests were important in terms of accepting that a horrendous crime had been committed.

While saying that the President was confident with King Salman’s approach, Erdogan made no reference to Mohammed bin Salman – who is suggested to be at the very top of this murder.

Thus, Erdogan’s speech was very important in the sense that the President required for questions to be answered in order for the case to reach an explanation.

“Why did the murder take place in Istanbul? Who did these people get their orders from? Why didn’t they allow for the consulate to be searched straight away? We’re looking for answers. Why did the Saudi regime make so many contradictory statements? Where are the remains of Khashoggi if his murder is accepted?”

“You should all be re-assured that without answers to these questions, no one assume that we will let go of the issue.”

President Erdogan finished his speech by stating, “Blaming a couple of security officers for an event like this will not satisfy us or the international community.” Many have interpreted this as Erdogan suggesting that someone at the top of the Saudi regime had ordered Khashoggi’s death.

Last, by making a call to the Saudi officials, President Erdogan stated that “since the murder took place in Istanbul, I suggest for the 15+3 people who are currently arrested in Saudi Arabia to be held to account in Istanbul.”