"We will close the airports as we closed the ports." This remark is a well substantiated one as Salvini came into office vowing to reduce immigration. He stayed true to his promise and under his iron rule Italy closed its sea ports and turned away rescue ships in the Mediterranean. 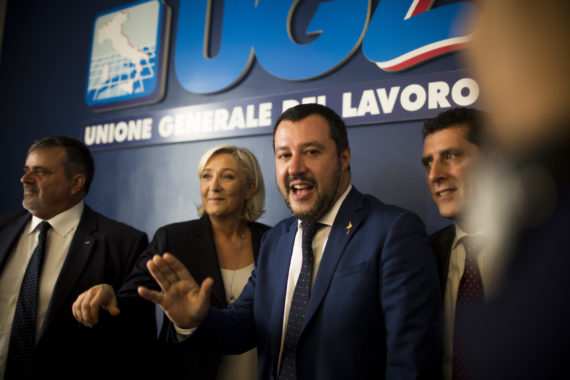 EU member states are at odds again and are competing to shun responsibilities of refugees and asylum seekers. Italy’s far-right interior minister, Matteo Salvini, who also serves as Italy’s Deputy Prime Minister, recently announced that they would shut down airports to planes carrying migrants from Germany.

Italy and Germany had been working on an agreement that would enable Germany, currently the EU member state with the highest number of refugees, to send back the refugees who had initially applied for asylum in Italy. While the agreement is not signed as of yet, this move sparked outrage amongst Italian authorities and Italian Interior Minister Matteo Salvini asserted that there would be “no airport there” to land the flights carrying migrants.

Aside from the basic dignity that these EU member states are depriving the refugees of, with France’s public burning of refugee camps and Germany losing track of 9000 refugee children -who have been speculated to have their organs harvested by mafia- still fresh in memories, the gross publicization of this row and the disproportionate reactions by EU leaders is beyond logic.

After hearing about mails being sent to migrants informing them of a scheduled transfer back to Italy in a week, Italian authorities were enraged.  Matteo Salvini said: “If someone, in Berlin or Brussels, thinks of dumping dozens of immigrants in Italy via unauthorized charter flights, they should know that there is not and there will be no airport available.

“We will close the airports as we closed the ports.” This remark is a well substantiated one as Salvini came into office vowing to reduce immigration. He stayed true to his promise and under his iron rule Italy closed its sea ports and turned away rescue ships in the Mediterranean.

EU’s Dublin regulation dictates that the asylum seekers are to be handled by the member state that they initially arrive in. Italy challenges this article and states that this regulation doesn’t account for the fact that most of the migrants arrive initially by boat and sea which places a heavier burden on coastal states like Greece and Italy whereas central member states are much less exposed to this “problem”.

This row takes place in the backdrop of Turkey who is hosting over 4 million refugees, 80% of the 5 million externally displaced Syrian refugees worldwide, and who has spent over $33 billion from its own national resources for this cause. EU is yet to mobilize the €6 billion that it had promised and handle a mere 1 million refugees among 28 member states.

Out of its initial promise a mere installment of €1.7 billion has been made to date. When taking into consideration the disproportionate fear and chaos that the notion of refugees plays in EU politics and its capacity to steer EU local elections, it is becoming more evident that EU is taking Turkey’s responsibility and humanity for granted.

President Erdoğan, speaking at a Turkey-Hungary Business Forum meeting, noted that Turkey has footage of refugees being left for dead in the Mediterranean and Aegean seas: “I say it sadly, the international community failed to fulfill its responsibility to find a solution to the refugee issues,”

Prevention is surely better than cure, maybe next time a hot conflict in the Middle East is about to take place, European states can act with better foresight.