“Turkish companies offer important opportunities for the EU, since they have the ability to trade anywhere in the world.” 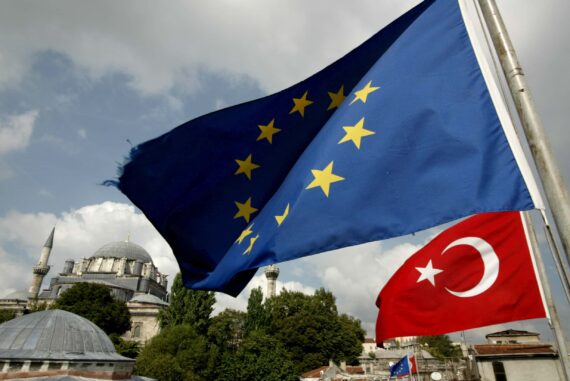 Since the Syrian crisis, Turkey has pursued a policy of open-borders, creating a safe space for refugees fleeing the violence of the Assad regime.

Hosting over 3 million refugees, the Turkish state has also pursued policies in education, employment and social life in order to ensure a peaceful integration.

Many negotiations with the EU were sought in this process with an attempt of sharing the burden. The results of the EU asylum-seeker plan, which had an aim of relocating 160,000 asylum-seekers from Greece and Italy among its member states, illustrates the failure of the organization.

While realizing that the target of 160,000 may not be achieved, within the two year program, the EU revised this figure down to 98,000.

Although the program ended on Tuesday, it has been stated that only 29,000 people have been relocated while some EU states did not take a single person.

Speaking at a news conference in Brussels, EU spokeswoman Tove Ernst claimed that the scheme was “successful” considering the hard conditions it worked under.

Since the plan was initiated, Hungary and Poland have not welcomed a single asylum seeker, while the Czech Republic relocated 12 and Slovakia accepted 16 refugees.

Hungary and Slovakia also appealed against the Scheme claiming that the plan was “illegal.” However, the EU’s highest court struck out the countries’ claims, ordering member states to apply the scheme.

EU and Turkey complement each other’

In discussing Turkey-EU relations, Turkish Economic Minister Nihat Zeybekci emphasized that “Turkey and the EU are not rivals,” but complement each other.

Talking at an event held by the Turkish-German Chamber of Commerce and Industry, and in discussing the opportunities that Turkish companies can create for EU investment, Zeybekci said that “you can find Turkish companies everywhere that EU countries don’t even think of setting foot.”

In his speech he mentioned that there are Turkish companies in Africa, war-torn Syria, Iraq and Afghanistan.

“Turkish companies offer important opportunities for the EU, since they have the ability to trade anywhere in the world.”

More, the Economic Minister added that “if we complement each other, we will be stronger, and the EU will be able to work in Africa, Iraq, Syria, Pakistan and Central Asia faster and more easily.”

Stressing that Germany is Turkey’s biggest trade partner, Zeybekci noted that the two countries have a trade volume of around $40 billion.

To this note he added that “around 8,000 German companies engage in investment and production in Turkey.”

Finally, the Economic Minister urged for an upgrade of the Customs Union.

Zeybekci told the audience that it is essential for all EU countries to upgrade the Customs Union, claiming that an upgrade would mostly benefit Germany.