If Snowden could succeed at just being enough anti-Erdoğan and leaking things putting his personality or the Turkish government in a tight spot, he could have higher chances of being embraced by Germany. Pity for him. 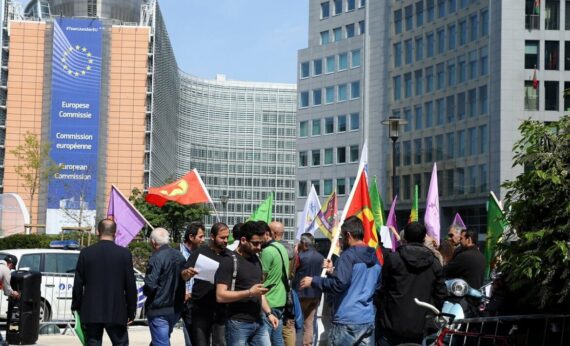 Donald Trump’s election as the US president is not the most surprising and worst thing we experience nowadays. Although Trump is the tabloid dimension of world politics, there is currently a bigger problem and scandal which is going unnoticed.

SecurityBy Bilgehan Ozturk
European countries, the so-called cradles of civilization, the advocates of democracy, are scandalously supporting and backing unscrupulous terrorists and their followers.What started as an “Anti-Erdoğan” policy, especially since the Gezi Park protests, has now turned into a dangerous attitude supporting terror, a fact that should actually horrify the world, yet, tragically, seems as if nobody is aware or feels ashamed of.I do not intend to say there is no need to plead for Turkey’s policy of investigating organizations and individuals who support and act on behalf of terrorism. This is already self-evident. The opposite would have been improper and peculiar. Is there any country on this planet which is not trying to counter domestic terrorism to provide security for its people and nation?However, that is not the point. The point is how Western countries inconceivably and scandalously embrace terrorists as a state policy.

There is an idiom in German, which says, “I think I am in the wrong movie” (Ich glaube ich bin im falschen Film) to describe a situation, which is totally incomprehensible and nonsensical. This idiom describes exactly the position of Europe, especially Germany, but also the position other pro-PKK European politicians and countries take currently on issues concerning Turkey.

Imagine there is a newspaper in your country (here the daily newspaper Cumhuriyet), which leaks official secrets on its front page. It is indeed an opposition media organization, but this does not matter in this case at all. Besides, the so-called leaked information is more a defamation against the state than representation of the truth. It was a story about trucks used by the MIT (National Intelligence Service of Turkey). The trucks were on a secret mission carrying humanitarian aid to displaced people in Syria.

The state of course investigated the responsible people, especially the editor-in-chief of the newspaper, Can Dündar. However, foreign diplomats, the representatives of various nations in Turkey, attended the trial and took group selfies to show support for Dündar. This behaviour does not meet international standards of diplomacy. What is more, recently Germany gave him citizenship out of a clear blue sky. Since then, Can Dündar has been honoured with an award for freedom from the city government of Paris. It is also worth pointing out that he won a Freedom of Press Award.

If Dündar is a journalist, then, one wonders why Edward Snowden is charged with treason. Instead of being honoured with a German citizenship and awarded with a freedom of speech award, Snowden is imprisoned in an embassy for years without any attention from Western state leaders. Quite tragic. If Snowden could succeed at just being enough anti-Erdoğan and leaking things putting his personality or the Turkish government in a tight spot, he could have higher chances of being embraced by Germany. Pity for him.

Yet, what are we supposed to do with ethical journalism when it comes to leaking official secrets? Is the leaking of official secrets something that be considered part of the freedom of the press? It is doubtful. If the criminal act committed by Dündar is considered a matter of freedom of press, then, how should we evaluate Snowden’s case?

Germany, in fact, generally seems to have no problem receiving all kinds of people looking to thwart democratically elected governments, including coup plotters, with open arms.

Firstly, the man now referred to as President of Egypt, General Abdel Fattah el-Sisi, has been welcomed as a “democrat.”  Sisi got no private lessons on democracy and human rights from top German officials, as it is often done enthusiastically with Turkish president Erdoğan. It seems like Germany has sometimes a problem with elected presidents when it comes to coup plotters. Besides, el-Sisi has been “democratized” with a magic wand, namely a newspaper article by Germany. The same magicians apparently work to make a dictator out of Erdoğan through media coverage. That is not how it should work with democracy and dictatorship.

Take for instance the case of FETO (Fetullah Gülen Terror Organization). Western countries again seem to be failing at taking the right position and supporting democracy, liberty, and freedom in Turkey. Germany opened its arms to the coup plotters, allowing them to remain in the country and seek political asylum. So, what was the fault of Syrian refugees? Was it that they were running for their lives and sought shelter in Europe?

The PKK and its affiliated terrorist organizations are responsible for at least 7 suicide attacks in the last two years in Turkey, and have killed more than 600 people, 377 of them from security forces. In the midst of intensified PKK violence, the HDP co-chair Figen Yüksekdağ said their party “leans on the PYD”, the Syrian branch of the PKK.  HDP co-chair Selahattin Demirtaş openly praised an independent Kurdistan in Turkey and said, “There will be the reality of Kurdistan in the next century.”

Unsurprisingly, Germany was very reactionary, eager and supportive of the HDP politicians turning a deaf ear and blind eye to their ties to PKK.

Does it still make sense to re-emphasize that the PKK is listed as a terrorist organization by several states and organizations, including NATO, the European Union, the United States, the United Kingdom, and Germany. A differentiation between “my terrorist” and “your terrorist” does not help to build world peace. Nor representing the operations against the PKK and its supporters as violations against the Kurdish people.

We believe we are in the wrong movie. The supposedly universal standards of democracy are upside down and hardly recognizable. A democratic state taking a hard line with terrorists and coup plotters is accused of being undemocratic, while criminals are welcomed and praised in Western democracies. 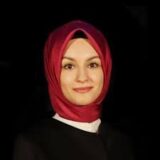 Sümeyra Keleş Yerkel holds a B.A. in History from Ankara University. She received her M.A. from the Sociology and Media/Communications departments, Goldsmiths College, London.