While parties have accelerated their preparations for the upcoming local elections in Turkey, their candidates and strategies are still unclear. 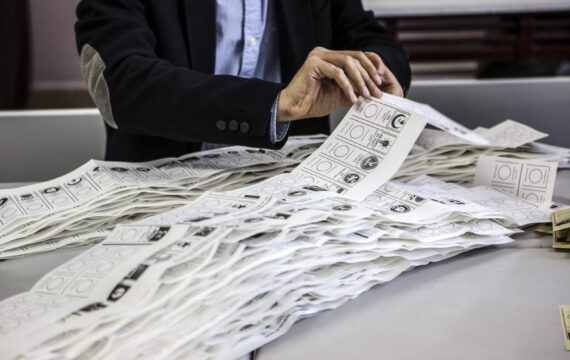 An electoral officer counts ballots during a count of votes at a polling station in Istanbul. Getty Images

Less than five months are left to the local elections in Turkey. Political parties have already started the process of selecting their candidates. Even though it is not yet officially confirmed, Iyi Party is going to nominate Ümit Özdağ for İstanbul, Şengül Hablemitoğlu for İzmir, and İsmail Koncuk for Adana according to party sources. Before selecting the right candidate, all political parties are setting a roadmap to follow in the upcoming elections. Analyzing these roadmaps is crucial to understand main dynamics of the upcoming process.

As the governing party, the AK Party has begun to make some preparations for possible candidates. The party will organize a meeting for the party delegates in the following days in order to settle the criteria for candidate selection. Even though this criteria has not yet been clarified, President Erdogan underlined that the party would determine candidates with the participation of all party branches. Furthermore, the AK Party is focusing on choosing candidates who have a good reputation in their electoral districts. In accordance with this aim, party officials are paying close attention to the results of surveys conducted in various electoral districts to see the reflections of possible candidates.

While there have been some names debated in the press as possible candidates, the head of the local administration branch of the party announced that the process would be finalized at the end of the month. According to official statements coming from other party sources, some provincial and district heads will resign in order to run for the position of mayor.

AK Party officials are paying close attention to the results of surveys conducted in various electoral districts in order to assess the reflections of possible candidates.

When it comes to the main opposition party, the CHP is still facing serious issues, which is preventing the party from focusing on local elections. While on the one hand Muharrem Ince’s role within the party is still being questioned, the latest controversial speech of CHP deputy Ozturk Yilmaz on the Adhan (Islamic call to prayer) raised tensions within the party again. Because of this reason, the CHP spokesman warned all party officials to obey the rules of the party and to stay away from provocative speeches.

The HDP, on the contrary, is openly seeking to form an alliance, especially with the CHP. The party officials frequently call for uniting against the AK Party to gain more municipalities and weaken the party on a local level. Although the HDP officials see the formation of the “democracy block” as an obligation, the other parties have not yet replied to this call yet. Some CHP officials have welcomed this idea and are trying to convince party leadership to respond positively.

The main opposition party, the CHP, has not been able to focus on local elections due to the party being pre-occupied with the unclear role of Muharrem Ince within the party and the recent controversy regarding the Adhan.

Consequently, while parties have accelerated their preparations for the upcoming local elections, their candidates and strategies are still unclear. After the candidates are announced, all parties will start their local election campaigns on local and national levels.