If DAESH continues to increase its capacity within the borders of Russia, there is quite a high possibility that Russia will have to face new terror attacks. The main question now is what Russia will do in order to prevent the FTFs from returning home. 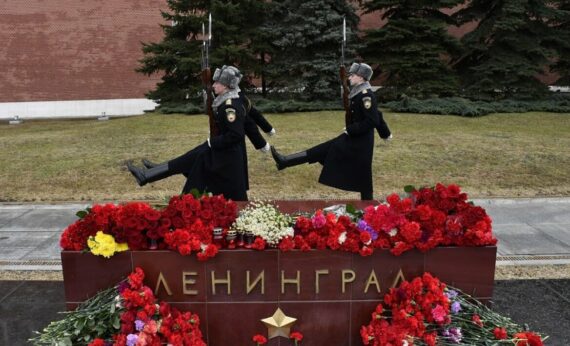 DAESH, which first appeared in Iraq followed by Syria and became the world’s number one terrorist organization, even surpassing Al-Qaeda, harbors a significant number of foreign terrorist fighters (FTFs) within its ranks. According to the UN’s estimates, some 30,000 FTFs from more than 100 UN member states are actively involved in the DAESH terrorist organization. One of the groups among these FTFs that draws the most attention is those coming from former Soviet states.

According to official figures from Russian authorities, approximately 3,500 Russian citizens are fighting on behalf of DAESH in Syria and Iraq. Apart from Russia, there are also fighters from Central Asian countries like Uzbekistan, Tajikistan, Kyrgyzstan and Kazakhstan. Based on the numbers estimated by the Soufan Group Strategy Research Center, a US-based institute tracking the FTFs, these Central Asian fighters account for 2,000-2,500 fighters in DAESH. However, the reason why these FTFs stand out more than the others is not their number but their positions and activities within DAESH. According to the International Center for Counter-Terrorism, Tajik, Caucasian, Kazakh and Uzbek FTFs were the perpetrators in 46 of the 126 suicide attacks organized by DAESH in Iraq and Syria from December 2015 to November 2016. This piece of data alone indicates the importance of FTFs from the former Soviet Union.

Why are they fighting in Syria?

There may be different reasons for FTFs who are Russian citizens to come to Syria and join DAESH. But the major cause for Caucasian FTFs from Chechnya and Dagestan to join is deeply rooted in their history. The history of Russia’s Chechen conflict dates back to the period of Tsarist Russia in the 19th century. In recent times, 2007 is referred to as the turning point in the conflict. The declaration of the Caucasus Emirate during this period under the leadership of Doku Umarov and the statement of a goal of “establishing an independent and united Islamic republic throughout the north Caucasus” made the conflict a trans-national one.

Russia’s extreme and disproportionate force against the Chechen fighters, especially under the leadership of Vladimir Putin during and after the Second Chechen War, caused extreme radicalization of armed groups in these parts of the country. For the first time in the history of the conflict, Chechens started to use suicide attacks against Russians. Since the 2000s, over 20 suicide attacks have been carried out within the borders of Russia against security forces.

The establishment of a “caliphate” by DAESH following their seizure of vast lands in Iraq and Syria has also influenced the dynamics in the North Caucasus. Even before Doku Umarov was killed in 2014, groups of fighters disintegrated from the Emirate and decided to join DAESH. This disintegration continued and gained momentum with Umarov’s assassination, and many members of the Caucasus Emirate pledged allegiance to the terrorist organization.

Russia’s extreme security measures in Chechnya and Dagestan, its effective operations and Doku Umarov’s death caused a significant limitation in the capacity of armed groups in the region to conduct activities. So, when the declaration of the caliphate by DAESH and Russia’s involvement in Syria alongside the Assad regime coincided, armed groups in the North Caucasus found it important and expedient to be involved in the internal conflict of Syria.

However, just as in Russia, the Caucasian FTFs in Syria also experienced divisions among themselves. While a significant part of them joined DAESH, others either joined the moderate opposition or formed their own small groups and continued to fight against the Syrian regime and Russia.

The reasons why Central Asians are joining DAESH are similar to those for FTFs from the Caucasus. After the new leader of the Islamic Movement of Uzbekistan, Usman Ghazi, declared his allegiance to DAESH in 2015, there was a serious increase in the flow of FTFs from Central Asia to Syria. Moreover, the region itself is going through a radicalization process that entails deepening violence. Both the denial of rights to freely practice religion during the Soviet period, and widespread poverty and unemployment today can be regarded as the main reasons for this process. The fact that this radicalization has even reached to government officials was made public when Gulmurod Khalimov, the head of the Tajik Special Forces, declared in a video that he joined DAESH.

Turkey is among the first countries to really combat DAESH within the international sphere. According to the Foreign Ministry, 37,121 people were prohibited from entering Turkey from 2011 to February 2016 due to security and terrorism concerns. However, the lack of cooperation from the countries of origin for FTFs puts a heavier burden on Turkey’s workload on combatting terrorism and managing the refugee crisis, and as Turkey has been a target for DAESH, it has called for more cooperation and serious efforts by the countries of origin to stop the flow in the first place.

DAESH members from Central Asia and Caucasus have conducted some of the deadliest terrorist attacks in Turkey, including the attack at Atatürk Airport on June 28, 2016, which caused 44 deaths, and the latest attack, on a night club in Istanbul on New Year’s Eve of 2017 which took 39 lives.

The Danger of Returning to Russia

As the power of DAESH diminishes and it starts to lose ground, a new concern for the countries of origin of FTFs has emerged: the possibility of these FTFs returning home. Among many, Russia may as well be the most concerned country in this respect. Russian President Vladimir Putin stated many times that the possibility of returning Russian FTFs in Syria to Russia will create a great security threat and this cannot be allowed to happen.

The activities of terrorist organizations in Russia have been fairly limited in the last two years. However, from March 14 to April 3 of this year, there were three terror attacks that took place in Chechnya, St. Petersburg and Astrakhan, where a total of 9 security officials and 14 civilians were killed. This is a worrying development in Russia, indicating that DAESH has started its operations there.

If DAESH continues to increase its capacity within the borders of Russia, there is quite a high possibility that Russia will have to face new terror attacks. The main question now is what Russia will do in order to prevent the FTFs from returning home.

Halit Gülşen holds a BA from Department of Russian Language and Literature, Ankara University. He worked as a researcher on Russia at the Center for Eurasian Strategic Studies (ASAM) in 2008 and for the Center for Eurasian Studies (AVIM) between 2009 and 2012. Gülşen worked as Moscow Representative and Diplomacy Correspondent of the Anadolu Agency (AA) between 2012 and 2015. Gülşen is currently a graduate student in Security Studies at TOBB Economics and Technology University. His main areas of research include Russia and the former Soviet geography along with subjects of security centered on radicalization.