While the German government has provided asylum to those escaping facing judicial trial in Turkey, the UK Foreign Affairs Committee underlined that “the Turkish government has a right and responsibility to act against the suspected perpetrators of the coup attempt." 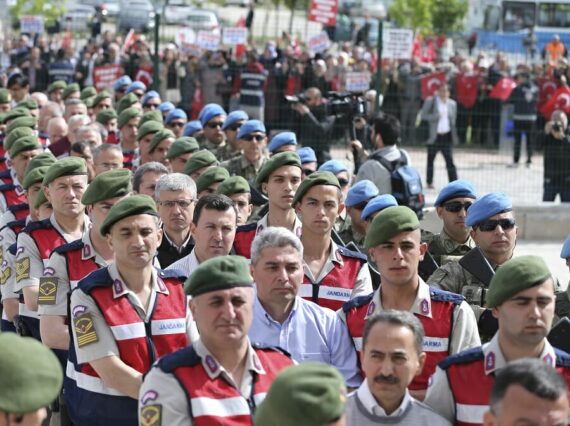 Since the July 15 coup attempt by FETO, the government of Turkey has cracked down on fighting against this terrorism and ensuring that the state bureaucracy is free from such ideologies.

In its attempt to demolish such terrorism, Turkey has received support from the United Kingdom, as the British government stated that Turkish authorities have a right to act against suspected perpetrators of last years defeated coup attempt.

While the German government has provided asylum to those escaping facing judicial trial in Turkey, the UK Foreign Affairs Committee underlined that “the Turkish government has a right and responsibility to act against the suspected perpetrators of the coup attempt and also against those who have committed or are planning terrorist acts.”

More, the Committee stated that “we recognize the difficulty of tackling the networks of secretive organizations, and of tackling terrorism,” highlighting the “importance to safeguards which help uphold international human rights standards and the rule of law.”

The report published by the Committee also supported Turkey’s fight against different terrorist groups, including the PKK and Daesh.

“PKK terrorist attacks, and the PKK’s decision to take fighting to the towns and cities of the south-east of Turkey in 2016 show callous disregard for human life and wellbeing,” the report said.

Upholding Turkey’s sovereignty, the report added that “Turkey has a legitimate right to defend itself against this appalling violence.”

The elimination of FETO in Africa

While the fight against FETO has received support from the UK, the Turkish government has increased its will to destroy the terrorist organization overseas.

In an attempt to ensure that the FETO-linked schools in countries all over the world do not continue to contribute to the acts of terrorism, the Maarif Foundation was established.

The Foundation has been tasked to take over schools abroad operated by FETO following last year’s coup attempt.

Member of the Board of Directors of the Maarif Foundation, Dr. Hasan Yavuz, stated that there are FETO-linked schools in 36 of 54 countries across Africa, noting that the foundation has completely taken over schools in five countries.

Yavuz also mentioned that further agreements have been made with 14 countries in order to transfer the schools, and that negotiations are in progress with 7 other countries in the continent.

9 FETO-linked schools in Guinea with 1,000 students were the first to be transferred to the foundation.

Talks are also to be held with officials in Equatorial Guinea, Comoros Islands, the Seychelles and Zambia, Zimbabwe and Malawi in this regard.