Fiscally Prudent and Monetarily Strict: Is This What Good Governance Means?

Ironically, this is the same era in which the rhetoric that central banks around the world gained their “independence” has become widespread. What happened actually was central banks have become dependent on the financial industry, as they were dependent on states in the Bretton Woods era. 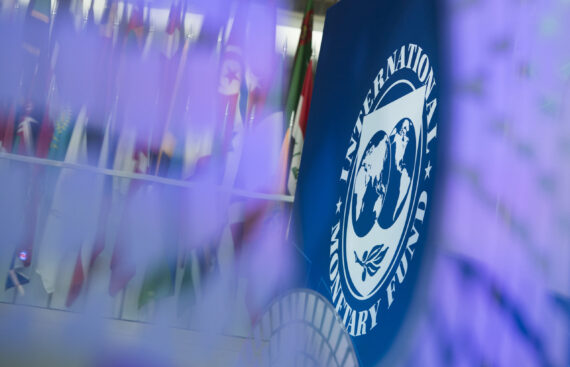 The world economy has been witnessing a rapid transformation for the last four decades together with staggeringly growing influence of financial industry under the current economic and financial system, a.k.a. neoliberalism, which will definitely give way to another system sooner or later.

One should note that the previous system, namely Bretton Woods, had lasted only three decades, and the neoliberal system still lingers on, though showing real signs of strains. For example, the current system needs constantly growing economies, however the 2008-09 global financial crisis pointed out that this would be more and more difficult for the world economy to achieve under the “current” economic and financial system, or paradigm.

However, we live in the here and now and have to cope with all the “intricacies” of neoliberalism. First and foremost, with the rapid financialization of the world economy, countries around the world have become much more susceptible to the caprices of global finance. We witnessed hundreds of financial crises in the last four decades, unlike the Bretton Woods era, in which only a few of them occurred. Moreover, most countries in the world have seen their ability to pursue an independent monetary policy and fiscal policy to erode significantly.

Ironically, this is the same era in which the rhetoric that central banks around the world gained their “independence” has become widespread. What happened actually was central banks have become dependent on the financial industry, as they were dependent on states in the Bretton Woods era. There is nothing as real independence and it is very clear that for central banks being dependent on the state is much more democratic than the other way around. However, one has to take into account the sheer power of global finance and the “rules” of the current system when talking about monetary policy. A country can freely and happily pursue looser monetary policy than other countries when international capital flows are restricted. For example, this was what France did for a long time in the Bretton Woods era, when her neighbor West Germany had been implementing stricter monetary policy.

Moreover, fiscal policy in the current system is much more critical than in the previous system. A country who is pursuing a somewhat loose fiscal policy could be punished intensely and with a mind-boggling rapidity by “financial markets.” Even a rumor that this country will spend beyond her means and that “there is now a possibility” that the financial situation of the country will deteriorate could trigger some kind of a “panic” in the financial markets. So, in the new system not only central banks, but also most countries have been “tamed” to a great extent.

It should be underscored that for a government being fiscally responsible is a good trait. However, the line between being fiscally disciplined and profligate is significantly blurred and apparently it is “up to” the financial markets to decide which country falls which side of that line through various and numerous “country reports” of credit rating agencies, IMF and the like.

All in all, we need to understand clearly what neoliberalism has to offer and dictate us, and what choices we have in the current system. One should note that “good” governance does not mean being as much fiscally prudent or monetarily strict as possible, i.e. to the extent that financial markets are totally satisfied with the “governance” of the country. In the end, one should remember that the nature of the relationship between financial industry and real industry/households is conflict of interests. This is a redistribution game afterall.