Hamid Ait-Taleb, who holds two master’s degrees from the Sorbonne, changed his name to Xavier Le Clerc over the lack of job offers. 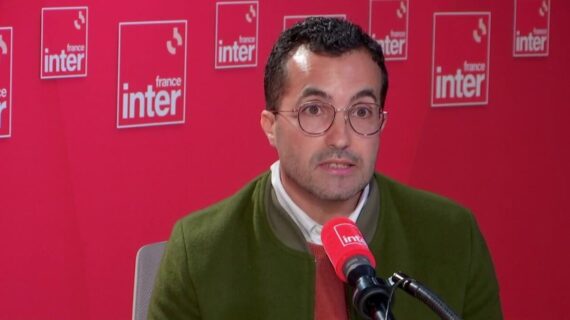 here has been an uproar in France after French-Algerian author, Hamid Ait-Taleb, who holds two master’s degrees from the Sorbonne, changed his name to “Xavier Le Clerc” over the lack of job offers due to his North African-sounding name. Le Clerc made the statement during a radio interview on September 7, 2022.

In an interview with Radio France Inter, Le Clerc said soon after he changed his name, he got hundreds of calls offering him jobs, where in the past he never got called back after job applications.

Ait-Taleb is the author of the novel A Man without a Title, which speaks of his father’s journey into integration, identity, and poverty in France.

It is not clear whether Le Clerc’s father was with the Harkis, the Algerians who fought under French command during the country’s War of Independence in 1954-1962.

Upon arrival in France, Le Clerc’s father was employed in Normandy as a laborer by an agricultural company.

The statement made by Le Clerc came as a shock to some French, but France’s history of racism especially against Harkis is known to many and does not surprise people with migrant backgrounds in the country.

Le Clerc came out and spoke about the reason that pushed him to change his name after he was subjected to criticism including accusations against him of “betraying his roots and identity.”

Some 1.1 million people have watched the interview with Le Clerc with politicians and figures jumping on the bandwagon and noting that this comes as no surprise to them given the history of France and the rise of the far-right in the country.

Danièle Obono, member of the French National Assembly, tweeted that the case of Xavier Le Clerc is no exception, noting that discrimination in employment is known: an applicant of North African origin is 31.5% less likely to get a job than a white French applicant.

Farida Amrani, a Moroccan-origin member of the French National Assembly, noted that she was asked once in her electoral district how she became an MP while having a migrant background.

In France, a French Name?

According to a study, the gap between French with Maghribi origins and white French when it comes to employment is 15%.

In another study, the French American Foundation concluded that a French name gives universal access to all facets of French society.

France, due to its colonial history, hosts large migrant communities. Muslims make up 6.6% of the population of France or 8.8 million people—the largest Muslim population in a single European country.

As in the rest of Europe, racism in France is on the rise recently. In the most recent general elections an increasing number of French people voted for right-wing candidates whose discourse was mainly focused on their anti-migrant rhetoric.

Muslims find themselves in an increasingly hostile environment in France, which to date refuses to recognize its colonial past and integrate its Muslim population.