From Alliance to Tacit Containment: Changes in Turkey-US Relations

If the EU institutions decide to continue more hostile relations with Turkey and try to isolate Turkey, alternative options including the Shangai Cooperation Organization may be considered more seriously. Fluctuations and instabilities in US-Russian relations will have a direct impact on Turkey’s strategic decisions and choices. That is why the decision makers in Turkey will be following this relationship closely. 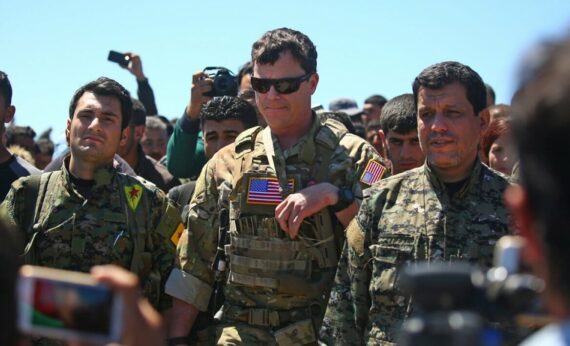 Former US President Barack Obama had designated Turkey as a model partner in his first term. However, regional priorities of the Obama administration shifted drastically after 2012. The attack on the US diplomatic mission in Benghazi in September 2012, which resulted in the death of the US ambassador, is thought to be one of the main reasons behind this shift. After 2014, a new US foreign policy approach led to the containment of Turkey from all sides. The Obama Administration’s decision to form an alliance with the terrorist PYD/YPG against DAESH in Syria was a turning point for Turkey.

The US political and military support for PYD encouraged the PKK and other terrorist organizations to target Turkey. The PKK ended the reconciliation process in the summer of 2015 and commenced its terror attacks against the country. Simultaneously, DAESH started to increase the frequency of its attacks against Turkey. The US’s clear stance against Turkey might have been a factor behind the failed coup attempt by FETO (the Fetullah Gülenist Terror Organization) in the Summer of 2016. The leaders of FETO had probably calculated that given the Erdoğan administration’s unpopularity in Washington policy circles, not many actors in the US would resist such a coup attempt. They were right in the sense that not so many people among the Obama administration clearly and vociferously condemned the putschists that tried to topple the democratically elected government of Turkey. However, FETO leaders miscalculated the Turkish people’s own resistance and strong reaction to the coup attempt.

Obama’s foreign policy approach was not just directed against Turkey. Although the second term of the Obama administration was a nightmare for traditional US allies including Turkey, Saudi Arabia, Israel, and Ukraine, Obama’s policies produced a favorable environment for the US’s rivals like Iran, Cuba, and Russia. The containment of Sunni countries with a “Shiite crescent” was truly ensured during the Obama administration. Nuclear talks with Iran, political developments in Iraq and the US’s military retreat from Iraq paved the way for Iran and its sectarian geopolitics. Iran was the primary beneficiary of the Obama Administration’s Middle East policy. “The strategy to balance old allies with old rivals” was costly for the US’s traditional allies. However, all actors started to seek new means to compensate for their losses. Turkey’s balancing strategy and recalibration efforts were the result of such a quest.

Turkey was in search of a new partner to overcome the internal and trans-border security challenges that the country was facing. Turkey’s attempts to improve relations with Russia and contacts with the Shanghai Cooperation Organization were a direct result of this search. Indeed, Operation Euphrates Shield that aimed to cleanse the Turkish-Syrian border from terrorist elements commenced only after mutual agreement with Russia. The search for new cooperation opportunities in Turkish foreign policy does not entail becoming a part of a new alliance system in the short term; however, it caused Turkey to distance itself from the alliance system that it is a member of. The new orientation of Turkish foreign policy may cause it to form issue or region-based strategic partnerships or limited alliances. The adoption of a dynamically balanced policy instead of relying on a particular alliance for increasing security in the short and midterm seems a more probable option.

In the short-term, Turkey will try to have a much more balanced relationship with the US, Russia and EU. To have a reasonable balanced policy, Turkey should do its best to avoid any situation that could bring these three actors in line against itself. At the regional level, on the other hand balancing Iranian expansionism, and sectarian rhetoric as well as the containment of the PKK/PYD and DAESH will be Turkey’s top priorities.

Being surrounded by the PKK/PYD, DAESH and Iranian-backed sectarian militias is the worst-case scenario for Turkey. However, Turkey is not the only actor unhappy with the activism of the aforementioned violent non-state actors and militia groups. Turkey may be in a position to take risks against these actors because unlike for the US, EU and Russia; PKK/PYD, DAESH and the sectarian militias constitute an existential threat against Turkey’s security. Turkey’s more assertive struggle against these actors in the field may encourage three major actors (US, EU and Russia) to cooperate or at least to stop resisting against Turkey. These diverse objectives may eventually contradict each other, which is the main challenge for Turkey.

Turkey abstained from direct military intervention in the Syrian civil war and this was something unexpected by Washington, which, previously too, had not received logistical support from Turkey during the invasion of Iraq in 2003. The US administration seems to have been frustrated by Turkey’s military refraining from intervening in Syria in the framework of the alliance with the US, and started to question the necessity of an ally that didn’t act in the interest of Washington. On the other hand, relations with President Erdoğan and the AK Party government became tense.

The period following the downing of a Russian fighter jet near the Syrian border by the Turkish Air Force in November 2015 had been painful for Turkey. The country’s relations with both the US and Russia became tense since early 2015. Meanwhile the EU was also indifferent towards Turkey’s sensitivities in its struggle against terrorism. All factors combined, each and every one of these actors tried to benefit from the fragility of the country and expected Turkey to go along with their interests. The Gülenist coup attempt of July 15, 2016, took place in such a fragile environment.

Today, Turkey’s top priority is to have more balanced relationships with the US, Russia, and EU. Improving the relations or being on friendly terms with at least two of these actors is a key to Turkey’s economic and political stability. Keeping a delicate balance between the US, Russia and EU is quite significant for maintaining Turkey’s relative autonomy in its foreign relations as much as in its domestic security. On the other hand, however, balancing interests in the economy and security is another challenge for Turkey. There is no magic formula to reach these objectives at the same time but the balancing policy should henceforth be the pivotal term for Turkish foreign policy. Having tense relationships with more than one global actor accompanied by other regional security challenges makes Turkey less immune to domestic and international shocks.

The turbulent era of Turkish foreign policy, especially during Barack Obama’s second term, is the reflection of the struggle to adapt to the new foreign policy approach. It is probable to have a more rational policy, based on the mutual interests of the two countries during the Donald Trump presidency. At some point, the Trump administration will have to make a strategic choice between Turkey and the PKK/PYD in Syria and it will shape the future of Turkish-American relations. The competition between US CENTCOM and the US EUCOM will also influence the end result. While US CENTCOM has chosen PKK/PYD as its strategic partner, EUCOM may choose to improve cooperation and collaboration with Turkey in critical security issues regarding Europe.

On the other hand, Turkey’s efforts to coordinate its Syria policy with Russia, despite certain difficulties, may have positive outcomes for Turkey’s security. If the Astana Process for the resolution of the Syrian conflict produces some productive outcomes, this might help the resolution of other issues as well. We have to keep in mind that Turkey and Russia are still far from reaching a strategic agreement in any significant security related issue including the future of Syria.

The EU is a more complicated counterpart for Turkey. Although there are more areas of potential cooperation and mutual interests between Turkey and the EU, especially in the fields of economy and security, the possibility of strengthening ties in the near future is quite grim due to internal political complications and challenges of both actors. The results of parliamentary elections in Germany in September 2017 and French presidential elections will have a significant influence on the leadership of the EU. Until then, EU-Turkey relations may be unstable at best.

The legacy of openings to other regions such as Africa, Latin America and East Asia is positive but these regions do not have strategic value for Turkey’s foreign policy agenda. If the EU institutions decide to continue more hostile relations with Turkey and try to isolate Turkey, alternative options including the Shangai Cooperation Organization may be considered more seriously. Fluctuations and instabilities in US-Russian relations will have a direct impact on Turkey’s strategic decisions and choices. That is why the decision makers in Turkey will be following this relationship closely. Turkey is entering a new era where diplomacy has to be conducted meticulously to meet the new challenges.