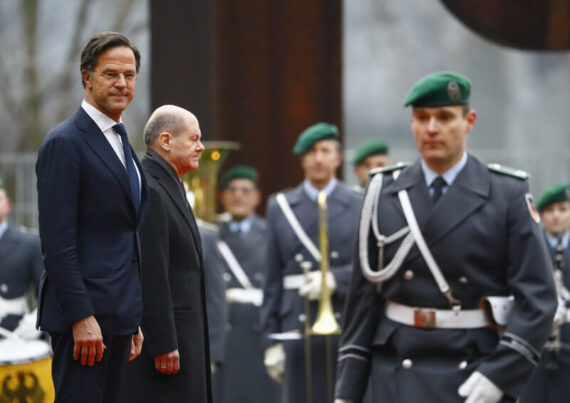 The German traffic light coalition, consisting of the Social Democratic Party of Germany (SPD), the Greens, and the Free Democratic Party (FDP), is clearly closer to the opposition parties in Turkey than to the Turkish government. What are the reasons for this positioning? What interests is the German government pursuing? How do the German coalition parties getting closer to the Turkish opposition affect bilateral relations between Ankara and Berlin?

German think-tanks and their agendas

To better understand the position of the coalition government in Germany vis-à-vis Turkish domestic politics, the agenda of the German parties in Turkey should be presented first. Several state-funded German institutes and think-tanks, such as the Goethe Institute, are active in Turkey. In addition to the non-partisan state-sponsored institutes and foundations, there are political foundations, each of which is linked to a party. These foundations are supported by the state with an uneven budget.

A total of four political foundations are active in Turkey and all coalition parties have an office in the country: the social-democratic Friedrich Ebert Foundation (SPD) has been in Turkey since 1988; the social-liberal Heinrich Böll Foundation (Greens) has been in the country since 1994; and the liberal Friedrich Naumann Foundation (FDP) since 1991. In addition to these three political foundations, the largest opposition party, the Christian Democratic Union (CDU), is also active in Turkey since 1983 with the Konrad Adenauer Foundation.

Read: Why German Companies Want to Invest More in Turkey

What do these German political foundations do in Turkey? Their activities consist primarily of seminars, workshops, panels, and conferences attended by politicians, academics, journalists, human rights activists, and so forth. According to these German political foundations, the events organized are intended to promote democracy, human rights, and the rule of law. For the most part, the countries where these think-tanks operate are developing countries or emerging markets. Turkey is classified here as an emerging market.

What interests do German political foundations pursue in Turkey? Although they officially have the aforementioned goals, the pursued interests look quite different. German political foundations mainly try to influence a country’s domestic policy so that, in the long run, the country will act according to Germany’s interests. In my book Germany’s Minority Policy in Romania, I researched the extent to which German foundations and institutes play a role in Romania’s transformation process and how this affects bilateral relations between Berlin and Bucharest.

Interests of the German Coalition Government

The German coalition government, unlike the Merkel era, has a much more liberal attitude. Even though Germany had repeatedly drawn Turkey’s attention to human rights, democracy, the rule of law, and other similar issues, Ankara and Berlin were always able to reach a consensus during Angela Merkel’s time. The current German government, however, will most likely bring up controversial issues more often.

Since Germany does not see the current Turkish government led by Erdoğan as conforming to its strategy, it is looking for political actors in Turkish domestic politics who will act according to its interests and values. The composition of the coalition government in Germany alone suggests that individual parties cannot come to a common agreement with the conservative-democratic Justice and Development Party (AK Party) in Turkey. While the Social Democratic Party is ideologically closer to the Turkish Republican People’s Party (CHP), the liberal orientation and anti-Erdoğan position of the FDP and especially the Greens also distance them from the current Turkish government.

Therefore, one should not be surprised, if Turkish opposition parties bring up human rights, democracy, rule of law, and other similar issues again and again as part of their domestic debates. Their goal is to find common grounds, especially with Western actors, in this case German parties and their political foundations, in order to build long-term cooperation. Whether this assumed cooperation can continue if Turkey’s opposition forms the government in 2023 is another question.

Read: Germany’s Foreign Policy Is to Remain the Same

Is the German-Turkish Relationship Taking a New Turn?

The German government’s lack of neutrality with regard to Turkish domestic and foreign policy has and will continue to have an impact on Turkish-German relations. Before last year’s federal elections, for example, FDP leader and now finance minister Christian Lindner stated that cooperation with Turkey would only be possible without President Erdoğan in power. The Greens repeatedly made it clear that Turkish military operations in Northern Syria should be sanctioned. Despite these statements, no serious impact on the interstate relations has yet manifested.

While the SPD takes a cautious stance toward Moscow, the Greens pursue a more aggressive approach. The two parties are also in conflict, although not as obviously and strongly as on Russia, on Germany’s Turkey policy. While the Greens openly and directly criticize Turkey’s foreign policy decisions like cross-border military operations, the SPD tries to find diplomatic solutions.