If Russia's failure to achieve its goals in Ukraine would entail negative consequences, why did Moscow take such a risky step? 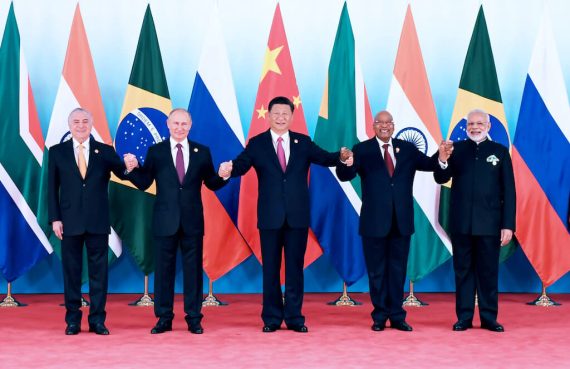 Russia’s attack on Ukraine can be analyzed from different perspectives. For example, one can focus on the human rights aspect and, in this context, on how much Russia’s previous war tactics in Chechnya and Syria have come to the fore in Ukraine. Do the attacks on the cities of Kharkiv, Kherson, and Mariupol resemble the policy of creating “decivilized” zones with the “carpet bombing” tactic used in Grozny and Aleppo? I wonder whether approaches based on “blondeness”, “Slavism”, and “Europeanism” or perspectives centered on “hegemony” and “power policy” will be decisive for Kiev’s future.

Another analysis could focus on examining the issue from the perspective of international law. Despite the serious steps towards the construction and strengthening of international law after World War II, how was a country with a population of 45 million like Ukraine exposed to such an unlawful invasion? Were the gratuitous and unpunished clear violations of international law, which were previously committed especially by global powers, the main factors that encouraged Russia?

The reciprocation of violations of international law, such as the U.S. invasion of Iraq in 2003, the Russian invasion of Georgia in 2008, the unlawful withdrawal of the United States from the Iran nuclear deal in 2018, and Israel’s bombing of Gaza, can be analyzed as decisive in shaping Putin’s Ukraine policy.

This article will focus on what the Russian attack on Ukraine means in terms of the international power struggle. Of course, this is not completely independent of the aforementioned perspectives, but human rights and international law are generally not considered factors in the global power struggle and do not affect the development of events.

This has also been the case in Ukraine so far: Russia has continued to advance by force, regardless of international law and human rights, despite all the objections from the international community. Russia continues to seize cities while simultaneously targeting civilians in Ukraine, which it has begun to occupy in violation of the fundamental principles of international law.

This Russian initiative can be seen as a manifestation of its effort to exist as an independent actor in the global power struggle by protecting and expanding its sphere of influence. Seeing that the international political system is gradually turning into a bipolar system torn between the U.S. and China, Putin believes that if he fails to take the necessary measures, there is a risk that even Russia will come under the influence of one of these two powers in the future. In terms of both GDP and annual military expenditure figures, Russia lags far behind these two countries.

While the 1990s, under Boris Yeltsin, represented a period when Russia hit rock bottom economically, Yeltsin’s successor, Putin, effectively brought energy resources into the economy, preventing the country from disintegrating. Between 2000 and 2013, Russia’s GDP grew by about 8.8 times, rising from $259.7 billion to $2,292 billion. However, from 2014 onwards, things started to slow down for the Russian economy.

The decline in oil and natural gas prices, political corruption, and Moscow drifting into conflicts and wars first in Ukraine and then in Syria brought along economic problems. By 2020, Russia’s GDP decreased to $1,483 billion. Considering that the economies of China and the U.S. continued to grow rapidly in the same period, the gap in the global economic power competition between Russia and the aforementioned two is getting vaster. 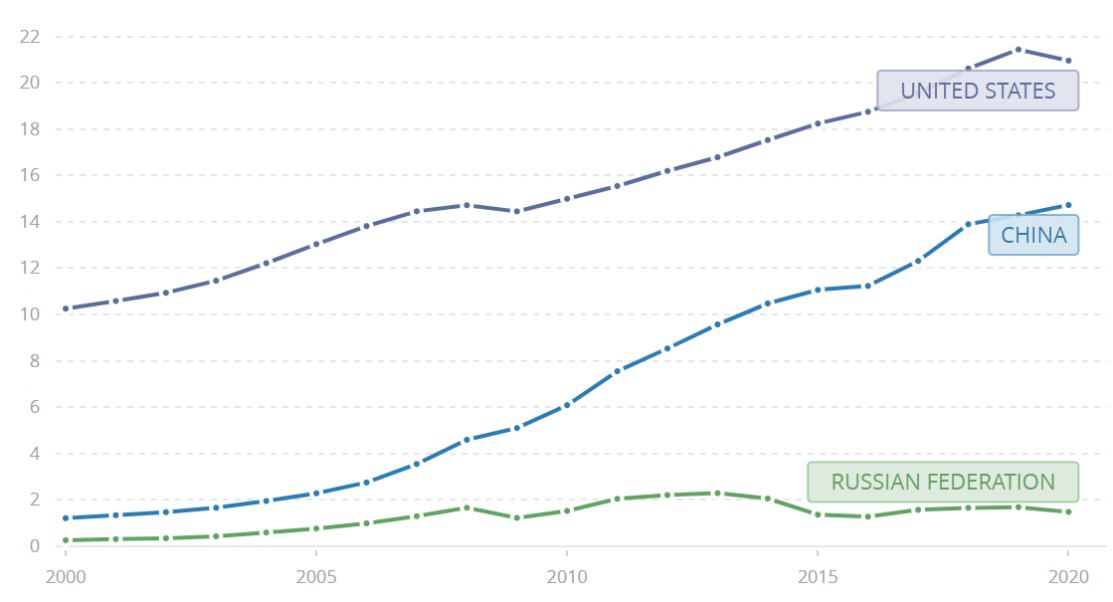 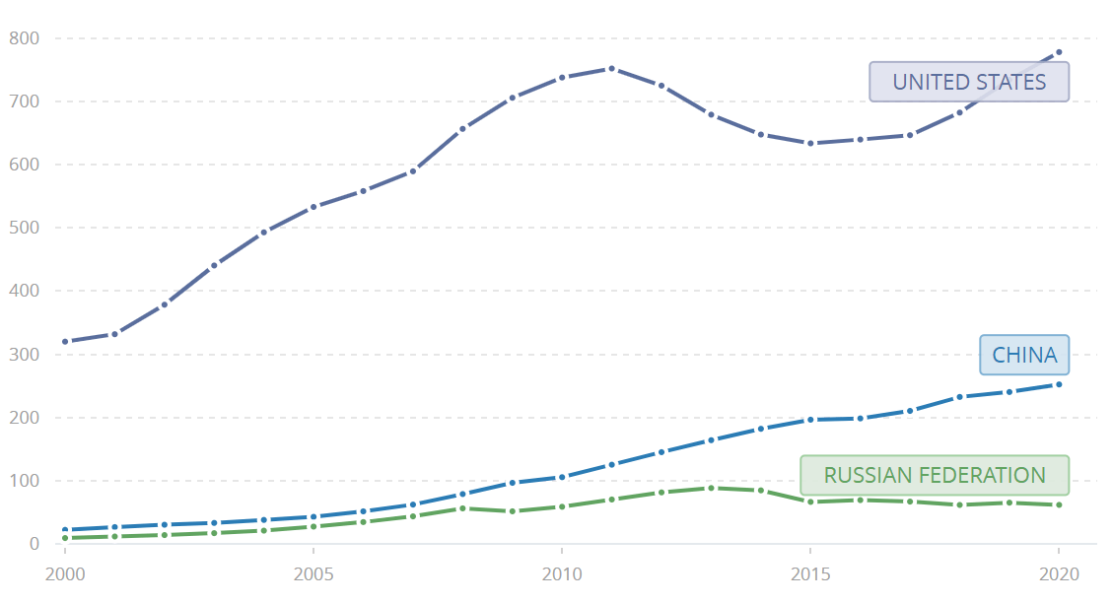 At this point, the question of whether Russia’s attack on Ukraine, is a sign of rational behavior by Moscow is paramount. It is clear that the failure of this attempt and the prolongation of the war will have devastating consequences for Russia. The cost of prolonging the war after the economic sanctions imposed by Western countries may deeply shake the Russian economy, and as a result, the country may descend into chaos.

If Russia’s failure to achieve its goals in Ukraine entails such negative consequences, why did Moscow take such a risky step? There are a number of factors that impacted Putin’s decision: nuclear weapons, China, energy leverage, and the West’s disunity.

Above all, it appears that Putin is considering compensating for his country’s conventional weakness vis-à-vis NATO with Russia’s massive nuclear weapons. He thought that his military superiority over Ukraine would be enough to defeat the country and that he could prevent possible NATO intervention by using his nuclear weapons as a deterrent. NATO’s refusal to close Ukraine’s airspace shows that Putin’s calculations have been accurate so far.

China and the energy factors

Second, China’s emergence as a counterbalance to the West and the United States’ main focus on potential threats originating from China led Putin to calculate that Washington and its allies will not go very far in supporting Ukraine. Although the SWIFT sanctions and the freezing of the Russian Central Bank’s assets in the West show that he is partially wrong on this front, Putin may think that he can keep his economy afloat until the end of the Ukraine war by maintaining relations with China and other countries that do not accept the sanctions against Moscow.

Third, Russia commenced its military operation in Ukraine, considering that its energy resources and leverage would prove useful against Europe’s sanctions. Putin may have calculated that with the crisis, energy prices would rise significantly, and this would force European countries to take a step back. The statement of Deputy Chairman of the National Security Council of the Russian Federation Dmitry Medvedev after Germany’s decision to stop Nord Stream 2 epitomizes this notion: “Welcome to a brave new world where Europeans will soon pay 2,000 Euros for a thousand cubic meters of natural gas.”

Fourth, Putin is likely to have taken into account the disunity of Western institutions such as NATO and the EU, and that these institutions would not act jointly in the event of a Russian attack on Ukraine. He might have calculated that the West, which remained silent in the face of Russia’s attacks in Georgia and Syria and didn’t do much against the annexation of Crimea, would show a similar attitude towards the occupation of Ukraine and would not want to escalate the tension with Russia.

In the first days of the Russian invasion, the reluctance of some European countries such as Germany and Italy to impose SWIFT sanctions showed that these calculations almost paid off. However, Germany’s change of attitude in the face of pressure from the public among with similar changes in Germany’s allies showed that Putin’s calculations were largely in vain. For now, Russia’s attack on Ukraine seems to have had a consolidating effect on NATO and the EU.

The limits of Russia’s attack on Ukraine in terms of the global power struggle will be determined by the success of the Ukrainian resistance and NATO’s support for armaments, intelligence, logistics, and economic sanctions. With this support and the resistance in Ukraine, the prolongation of the war or the unsuccessful withdrawal of Russia will mean that Russia will face disastrous results.

Even if Russia wins the war, it will suffer serious losses due to the sanctions and the financial costs of the war. These losses will be enough to keep Russia far behind the U.S. and China in the global power struggle in the future. Putin’s policy of regaining control or influence over former Soviet lands will continue to have negative consequences for Russia as long as it is a policy that produces more costs than benefits for the Russian economy.

In the case of a rapid victory in the Ukraine war, Russia would have imposed a new order in the country against the West, and the very limited costs of this war would have had significant effects on the future structure of the international political system. In such a case, Russia’s chances of becoming an effective global power alongside the U.S. and China would have increased. However, the prolongation of the war and the increasing costs for Russia seem to have weakened this possibility.