Growing Divisions within the CHP Breaking to the Surface

It is certain that this latest incident is related to the ongoing conflict between two splinter groups within the party: the Kemalist/nationalists and the leftists. 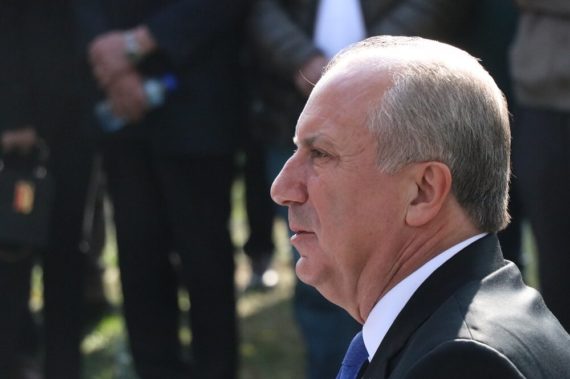 Turkey’s main opposition party the CHP is experiencing another intra-party conflict. Although the CHP has faced many internal conflicts during the past decade, the latest conflict differs from previous ones and clearly reveals the existence of splinter groups within the party. The press conference of the CHP’s 2018 presidential candidate, Muharrem Ince, revealed that the party is facing a crisis in uniting the splinter groups within the party, and the most recent incident may cause a serious intraparty opposition movement in the upcoming days.

So what happened? Rahmi Turan, a journalist writing for Sözcü newspaper, wrote in his column that one of the candidates planning to run for the CHP’s chairmanship had a meeting with President Erdoğan. According to Turan’s claims, the President promised to help this candidate win the chairmanship of the CHP in the upcoming party congress.

Although the public did not pay much attention to Turan’s claims in the beginning, the CHP Chairman Kemal Kılıçdaroğlu went on to state that Turan’s claims were indeed true. After Kılıçdaroğlu’s statements, there were some speculation that it may have been referring to Muharrem İnce or Metin Feyzioğlu, the Head of the Union of Turkish Bar Associations. At this point, Turan made another statement claiming that it was Muharrem İnce who met with President Erdoğan.

It did not take much time to discover that there was in fact no meeting held between President Erdoğan and Muharrem Ince, and that they were groundless claims. Thus, the question arises: what were the reasons for making these unfounded allegations? And why didn’t Kılıçdaroğlu reject the claims in the first instance?

It is certain that this latest incident is related to the ongoing conflict between two splinter groups within the party. The Kemalists/nationalists and the leftists. The party has been experiencing a struggle between both groups over the last decade. While Kemal Kılıçdaroğlu, the Chairman, and his team active in the party administration are drawn from the leftist circle within the party, Muharrem Ince and his followers represent the Kemalist/nationalist bloc. Both groups are struggling over the party’s administration.

The struggle between the two groups is clearly seen during the party’s congresses. There have been four extraordinary and three ordinary congresses in the last decade under the chairmanship of Kılıçdaroğlu. In each congress, the Kemalist/nationalist circle within the party have tried to win the party administration. Ince himself ran against Kılıçdaroğlu two times, in 2014 and 2018, and lost both elections.

Nevertheless, the June 24 presidential elections empowered the position of Muharrem Ince within the party. Since Ince received  31% of the votes as a presidential candidate of the CHP against Erdoğan, while the CHP only recieved 22 % of the votes in the parliamentary elections. Ince later started another intraparty opposition movement after the elections. However, he suspended his initiative because of the local elections.

It is obvious that Muharrem Ince is the only threat against Kılıçdaroğlu’s chairmanship and the leftist circle’s hegemony within the CHP. Ince clearly underlined this conflict between the two groups during his press conference. Because of this,, this latest incident was an effort to discredit Ince’s position before the upcoming congress, and to prevent the rise of an intraparty opposition movement against Kılıçdaroğlu. Nevertheless, it seems that the initiative of the leftist bloc has already failed and the conflict between the two groups will continue until the congress.

Also Read
Why did the CHP hold a Conference on Syria?