Sources have stated that media outlets in Saudi Arabia have been ordered to keep coverage on Trump's Jerusalem decision at a bare minimum. 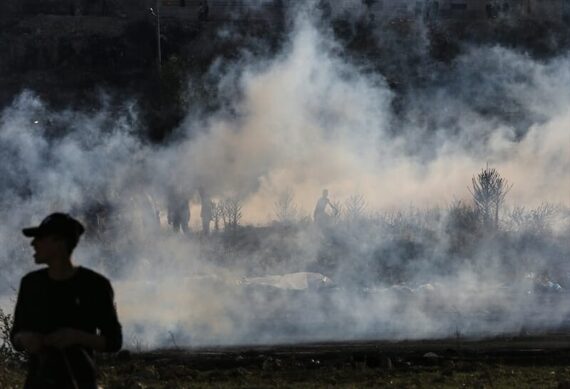 While the Muslim world is simmering with the recent announcement of President Trump concerning Jerusalem being the capital of Israel, Arab Gulf states have reportedly been directing their citizens not to participate in any activities with regard to Jerusalem. It’s also reported that the regimes have ordered their media to defuse the Jerusalem issue in their news coverage.

According to a report by Al-Araby Al-Jadeed on December 8, Saudi Arabia ordered its media ‘to limit coverage’ on Trump’s decision on Jerusalem.

Media outlets – bosses of newspapers, television and radio stations – were told not to focus “too much attention” on Trump’s decision to recognize Jerusalem as the capital of Israel, sources have said.

Under the condition of anonymity, the sources added that the directive ordered the media to “take aim at Iran and other regional countries” instead.

Prior, the kingdom’s most senior religious body, the Supreme Council of Islamic Scholars had released a statement “confirming the great status of Jerusalem.”

This statement focusing on Jerusalem’s religious importance was perceived as disappointing, as it lacked criticism of Trump’s decision and its outcome.

Katz claimed that the US administration was in contact with Arab leaders to ensure their help to contain Palestinian and Arab reaction.

On the objects of Saudi Arabia, Katz underlined that Riyadh has “shared security interests with Israel,” especially on their common foe Iran.

Saudis and Bahrainis urged to stay away from protests

In addition, the Saudi and Bahraini embassies in Jordan warned their citizens against participating in the protests and demonstrations organized against Trump’s decision.

“The embassy calls upon its citizens living in Jordan and its students studying in Jordanian universities to stay away from places of public gatherings and protests in order to protect their safety,” the Saudi embassy in Amman wrote on its official Twitter page.

Citizens were “urged […] to completely avoid areas of public gatherings and protests,” the Bahraini embassy in Amman announced on their official website.

There have been mass protests to condemn President Trump’s decision in countries from all over the world, from the US to Indonesia.

Even in war torn Syria and Yemen, people stood in solidarity with Palestinians and gathered in protests and demonstrations.

In the Gulf countries Saudi Arabia, United Arab Emirates and Bahrain, there were no major protests and their reaction was limited to official statements given by the heads of states.

In protests that started on Friday after Hamas called for a “day of rage,” two Palestinians were killed and 98 were wounded in clashes with Israeli security forces in the West Bank and the Gaza Strip.

About 3,000 people demonstrated around the West Bank, including in the cities of Ramallah, Hebron, Tul Karem and Nublus.

Among the protestors about hundreds of Palestinians were wounded by rubber bullets, live fire and dozens were treated for tear-gas inhalation, the Palestinian Red Crescent reported.

After tens of thousands of Muslims attended Friday prayers in Al-Aqsa Mosque, a number of protesters have been arrested.

On Thursday, a 16-year old Palestinian boy was detained in the occupied West Bank’s Hebron while going to buy supplies for his family.

“They slammed him to the ground, put their boots on his body and blindfolded him before taking him into custody,” said Wesam al-Hashlamon, who took the photo of the boy being dragged away blindfolded by dozens of Israeli soldiers.

Fawzi al-Juneidi has become a symbol of Jerusalem protests all over the world.

OIC meeting in Istanbul aims a road map on US decision

Right after Trump’s declaration regarding Jerusalem, Turkish President Erdogan, as the current chairman of the Organization of Islamic Cooperation announced that Turkey will host an extraordinary meeting of the OIC in Istanbul.

At the meeting on December 13, Jerusalem will be on the agenda and leaders will come together to coordinate a response to the decision by the Trump administration.

Erdogan announced that leaders of the OIC member states would adopt a road map on the US decision.

Previously Erdogan had also vowed to urge the OIC to cut ties with Israel.