Haftar Wants to Drag Turkey into the Libyan Conflict

Haftar is trying to export his crisis through an escalation with Turkey, which he falsely blames for his defeat. He also wants to drag Turkey further into the Libyan conflict and hence pave the way for Turkey’s regional rivals and Haftar’s backers to be more involved on the ground 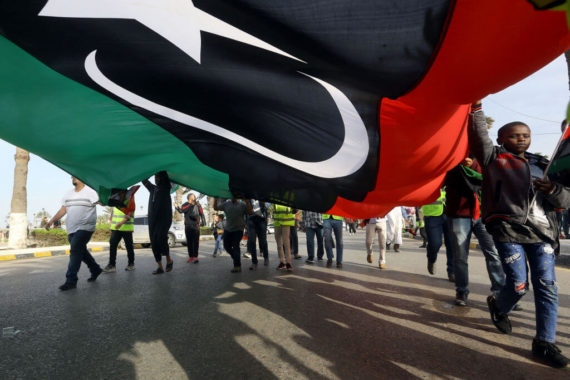 In a press release on June 30, the Turkish foreign ministry announced that 6 Turkish citizens were detained in Libya by Haftar’s militia, describing the hostile act as an act of banditry and piracy. The ministry warned in the statement that Haftar’s elements will become legitimate targets unless the citizens were released immediately.

On their side, Haftar’s self-style army spokesman denied their involvement in the affair. However, a day after the ultimatum, the 6 Turkish sailors were freed.

This accident came amid the escalation of tensions between Turkey and Haftar, and one day after Haftar’s self-style army – the so-called Libyan National Army (composed of local militias and gangs, Salafi Maskhali radical groups and mercenaries from African countries) – threatened to target Turkish ‘strategic targets.’ The spokesman of Haftar’s self-style army, Colonel Ahmed al-Mismari, said on June 28, ‘General Command [Haftar] has issued orders to the Air Force to target Turkish ships and boats operating inside Libyan regional waters, and issued orders to the Ground Forces to target all Turkish strategic targets such as companies, headquarters and projects belonging to the Turkish government.’ In response to this, Turkish Defense Minister Hulusi Akar said that LNA would pay a heavy price for any attacks and underlined that Turkey will respond with the most effective and severe means.

Khalifa Haftar’s hostility towards Turkey is not a new reality. Being the sole representative of the anti-Arab Spring camp in Libya, which is backed by the UAE-KSA-Egypt axis, Haftar adopted an anti-Turkey policy since he began his coup d’état attempt.

Turkey has been siding with the popular demands for change in Arab countries and supporting the installation of a democratic regime in Libya.

Turkey has been siding with the popular demands for change in Arab countries and has been supporting the installation of a democratic regime in Libya and across the region. While doing so, Turkey has been acting within the boundaries of international law and the international consensus. Hence, Ankara has been supporting the national unity government based in Tripoli, which was established as a result of a UN-backed political process that ended by signing the Libya Political Agreement (LPA) in Skhirat, Morocco, in December 2015. However, refusing to ratify the LPA, Haftar and his backers adopted military means aiming to control Libyan territory and topple the national government in Tripoli, which is supported and seen as the representative of the Libyan people and backed by the international community, including Turkey.

Following Haftar’s control of Benghazi and the establishment of his self-style political entity, the so-called Libyan interim government in East Libya, Haftar did not hesitate to display his hostility towards Turkey despite the fact that Turkey’s special envoy to Libya, Emrullah Isler, had visited the government in East Libya and met with its Prime Minister, Abdullah al-Thani. In April, Haftar’s eastern-based interim administration’s Council of Ministers issued a new law recognizing the so-called Armenian Genocide and declared April 24 as the national day to commemorate this.

Haftar’s hostility does not only come as a result of being on opposite rival camps in Libya. It can also be seen as an adulation from Haftar to his regional backers, who are hostile against Turkey.

Although it comes in consistency with his previous positions, Haftar’s latest escalation against Turkey aims to cover his heavy defeat in Gharyan and wishes to pull Turkey into the Libyan conflict. Thus, by this, he could justify the more intense involvement of his backers on the ground.

In April, the Haftar-led militia launched a military assault trying to capture Tripoli, the Libyan capital, which is under the control of the internationally recognized national unity government. However, despite the enormous military and political support by France, KSA, UAE, and Egypt, and regardless of the lack of reaction from the UN and the international community, Haftar’s militias could not advance towards Tripoli.

Haftar and his camp searched for a scapegoat and an external actor to cover their heavy defeat, and hence they came to blame Turkey.

On June 27, in a surprise attack, the forces allied to the Tripoli government managed to re-take control of Gharyan city, the strategic city in the south of Tripoli, which Haftar militias have used as a platform for their assault. Haftar militias were forced to withdraw from Gharyan, leaving sophisticated weaponry behind; including the U.S.-made Javelin anti-tank missiles, which cost more than $170,000 each. The missiles were apparently given to Haftar by the UAE in a violation of both the UN arms embargo and the sails agreement between the U.S. and UAE.

The major setback in Gharyan blew Haftar’s ambition to capture Tripoli and his aim to become the strong man of Libya. Therefore, Haftar and his camp searched for a scapegoat and an external actor to cover their heavy defeat, and hence they came to blame Turkey.

After this unsuccessful assault, it became clear that Haftar and his militia were unable and incapable of capturing Tripoli – though Haftar and his backers thought it would only be a matter of days or weeks at the most. In fact, in his progress on the ground, Haftar never encountered organized military forces such as the forces of the Tripoli government and the forces of Misrata city. Haftar’s militia has been progressing in open areas and against unorganized forces. This was its first test. The defeat in Gharyan made it clear that Haftar cannot deliver in the current balance of power.

Haftar wants to drag Turkey further into the Libyan conflict and pave the way for Turkey’s regional rivals to be more involved on the ground.

The fact that Haftar’s camp is pushing for escalation with Turkey reflects the state of crisis that he and his backers are going through. The defeat that Haftar’s camp faced through the inability to advance towards Tripoli and their setback in Gharyan brought down Haftar’s as well as his backers’ ambitions to capture Libya as a whole.

Faced with this setback, Haftar is trying to export his crisis through an escalation with Turkey, which he falsely blames for his defeat. He also wants to drag Turkey further into the Libyan conflict and hence pave the way for Turkey’s regional rivals and Haftar’s backers to be more involved on the ground, hoping that this would change the balance of power in his favor. 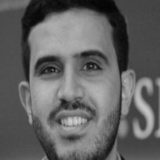 Bilal Salaymeh holds a Bachelor’s (AYBU) and an MS (METU) degree in International Relations. Currently, he is pursuing his PhD in International Relations at METU. Salaymeh is also serving as a research assistant at the SETA Foundation Foreign Policy Research Department. His research interests revolve around the Middle East with particular focus on Syria and the Palestinian Issue.