Has the End of Merkel's Coalition Come in Germany?

Over the past years the reputation and popularity of the SPD has gradually decreased, but whether this will fundamentally change by switching to the opposition is ultimately a risky gamble. 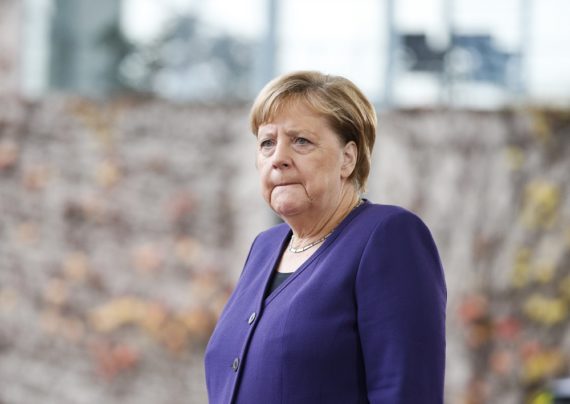 This past Saturday, the junior partner of the coalition government, the Social Democrats (SPD) announced the party’s election of its new co-leaders Norbert Walter-Borjans and Saskia Esken. It was a surprise that these two won, as the current Vice Chancellor and Finance Minister Olaf Scholz and his partner, Klara Geywitz, were expected to be elected by the party’s members. Nevertheless, the SPD base decided that Walter-Borjans and Esken will lead the party. The pair previously pushed for renegotiation of the coalition between the SPD and Chancellor Merkel’s CDU. It must kept in mind that over the past 10 years, there has been a CDU/CSU-SPD coalition government, which according to some circles is harming the country’s traditional political balance.

The results have been evaluated partly as a shock for the Berlin political establishment and elites while some media outlets used a more negative tone. Media representatives commented on the results with headlines like: “the SPD is abolishing itself”, “adieu, social democrats”, “the end of the grand coalition” and other similar negative statements and predictions. This is actually based on the fact that the new leaders previously stated that they will insist on renegotiating the current coalition agreement at the SPD party convention this upcoming Friday. Delegates will have to decide on the future of the remaining two years of the coalition.

How can the current conditions and the general perspective within the framework of German politics be assessed and evaluated?

First of all, the results should be taken cautiously into consideration without positive or negative exaggerations. Even though some supportive voices of the grand coalition describe the SPD’s vote as a negative outcome, it is no doubt a fact that this represents the SPD’s legitimate will – and is not limited to the votes of certain delegates. Some criticize the fact that a small number of SPD members, who took part in the elections (217,000), will determine the future of the country’s federal government. However, this kind of comparison is not fair or even acceptable because every party has its own legitimate means to determine who will lead and make decisions.

As a comparison, it shouldn’t be forgotten that in the past year, the Liberals (FDP), which on several occasions acted as the junior partner of the CDU-led coalition government, were the key actors in deciding the country’s future government for four years – despite having a low number of votes in comparison to other rival parties. Thus, in such situations, which are actually influenced by the country’s parliamentary tradition, the question arises, who decides where the line of legitimacy is to be drawn, and which point of view is the most legitimate one?

The second point regarding the new SPD duo and the future of the coalition government has to be addressed from the point of view of the party’s legitimate self-evaluation. It is no secret that the SPD’s popularity among voters has decreased more and more while it has participated in grand coalition governments. The building of coalition governments has not contributed to the SPD’s popularity but has had the opposite effect. Therefore, some voices in the party have called for a return to fundamental social-democrat positions and to reject positions that continuously resemble those of the CDU/CSU. Whether it is true that the SPD is increasingly resembling the CDU or vice versa is another interesting issue, which, however, goes beyond the limits of this piece. Nevertheless, the image of two main German centrist parties permanently echoing the same policy lines has disturbed both voters on the centre-left and centre-right.

If delegates ultimately come to a decision that ends the grand coalition government at Friday’s SPD convention, then Merkel will search for a new but unlikely coalition (with the Greens or/and FDP), or she will make efforts to govern the country under a minority government – an unprecedented situation in post-1945 Germany, and a situation which Chancellor Merkel does not favour and has ruled out several times. If both potential options also fail, new elections will be held subsequent to a pseudo-confidence vote which will intentionally trigger an early election. However, it is a risky move due to the obvious threat by the far-right AfD which may have the potential to increase even more of its votes and thus unfortunately become the country’s second largest party.

For this reason, the Social Democrats have to think carefully about where they currently stand and what kind of effect their upcoming decisions may have on the entire country’s future. In contrast to the other duo (Scholz and Geywitz), the new co-leaders Walter-Borjans and Esken seem very unpredictable, which, most likely will change once they are confronted with the reality federal politics. As one has witnessed recently, both politicians are currently in favour of not immediately ending the coalition at the party convention, despite heavy pressure from left-wing members of the party to conduct an election on the future of the coalition.

Over the past years the reputation and popularity of the SPD has gradually decreased, but whether this will fundamentally change by switching to the opposition is ultimately a risky gamble. As one of the previous SPD chairpersons and one of Germany’s most famous politicians, Franz Müntefering, recently stated, at the end of the day the voters will show whether they accept the decision to switch to the opposition, a decision Müntefering believes the people will not welcome.

As a final word, it is a very situation case that a high-profile political figure such as Olaf Scholz, who was once the Vice Chancellor of the Federal Republic of Germany, was not able to be elected as a co-leader by his own party. This is an issue or problem that parliamentary systems appear to be occasionally facing. The same uncertainty also applies to prime ministers/chancellors and various types of coalition combinations which may occur subsequent to elections if the people’s will is not represented in the subsequently established coalitions.

Also Read
SPD’s Uninspiring Elections Will Lead to No Change