Obviously, peace talks, whether held in Geneva or Astana, will bolster the truce in the near future, so in a way the talks lost the structural function in the battleground as an effective way of welcoming the truce. It seems that consecutive peace talks are being appealed to in order to cover the humanitarian tragedy especially apparent in Damascus. 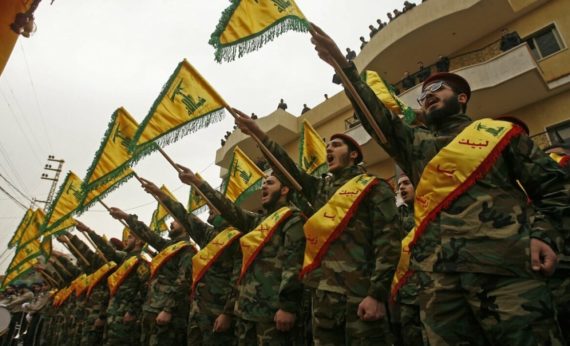 Iranian troops have been deployed in rebel-held territory in Aleppo since 2015; Assad was ensured to win back Aleppo along with Syrian soldiers and Hezbollah militants. The truth is the Syrian army was neither qualified to handle the crisis in Aleppo in its own way, nor were they able to capture the divided city where all separate enclaves were being controlled by various groups comprising of Russian soldiers, Shiite fighters from Iran, Iraq, Lebanon, Palestine and Afghanistan. Even though Assad had sent his most experienced forces to take part in operations; after more than five years of non-intrusive war; his forces have been debilitated while clinging to battle, which is being carried out under heavy attacks. With the fall of Aleppo, held by rebels since 2012, Assad has consolidated his power and polished himself by relying on foreign fighters to capture the city. Amid the diverse ethnic structure fighting for Assad, it is hard to turn a blind eye on the leading role played by Shiite-dominated “Quds Brigades” and “Hezbollah Brigades” to recapture the beleaguered city.

The latent reality is liberation of Aleppo has been incited by the blessing of a Shia revival by the most powerful Shiite political figures such as Muqtada al-Sadr, a well-known anti-American Shiite cleric propping up Assad’s regime. Hezbollah leader Hasan Nasrallah has portrayed the war in Syria as “the mother of all battles,” so the discourses that significant Shia political and religious figures are appealing to could be accepted as one of the most efficient tools mobilizing Shia militiamen to Syria as an active agent of the war.

To put it more explicitly, the Aleppo battle is also a symbolic battle where the streets are surrounded by Shia iconography and Shia tones such that it is rather usual to see Shia militants carrying portraits of Shia clerics in the streets. Similar scenes unfolded in northern Aleppo Province in the last few months while Iraqi clerics were giving speeches to militiamen in fatigues stimulating their religious senses to fight in the name of the Shia faith and Islamic law. He praised his followers’ willingness to fight far from home and positioned their presence in Syria as a part of a master plan to defend the Shia faith.

Moreover, Shia clerics are also actively using social media accounts to make their strident sectarian voices heard to wide masses in the looming battle and justified martyrs who died in battleground while defending their faiths in Iraq and Syria. As reported by The Telegraph newspaper, almost 700 Iranian soldiers and militia members have died in Syria’s civil war to preserve Assad’s grip on power. For these fighters, defending their ideology, religion and holy places are their primary motivation to be on the battleground.

Damascus: Looming Starvation Crisis is at the Door

What’s happening in Syria today reveals Iran’s sectarian desires. As it is evident from Shia ideology, dedicated militiamen fighting fiercely, rooting out Syria from all Iranian supported militias will take time because they all adhere to Shia clerics’ priorities to propagate their faith both in Syria and Iraq. On the eve of the Russo-Turkish guarantee for a country wide-ceasefire in Syria on December 29, 2016, Hezbollah, a Lebanon based Iranian proxy group, jeopardized the fragile peace process by attacking the Wadi Barada village near the capital Damascus, where hundreds of families were trapped without any aid or medication support.

Amid the newly declared truce in Syria in December, the Iranian Revolutionary Guard Corps (IRGC) and its mercenaries along with Hezbollah militants were storming over the Wadi Barada district of rural Damascus. Currently, as a retaliatory action various new agencies have reported that this time fighting has intensified after surprise attacks by opposition fighters in the Jobar district of Damascus located in the eastern part of the city. Reportedly, the Iranian backed Hezbollah al-Nujaba militia has announced its participation in the ongoing battle in Jobar and declared once more they are all in the battle with all their military means.

One of the most significant outcomes of the recent attacks have been air strikes by regime forces, which have caused an estimated 300,000 local residents to be cut off from any humanitarian assistance in Jobar. On top of that, some respectable international aid organizations such as Physicians for Human Rights are concerned about a looming starvation crisis is at the door. According to a recent UN report, approximately four million people located in Damascus have been deprived of safe drinking water and any medical aid support.

Opposition forces are justifying their attacks being intensified in the Jobar district of Damascus from their social media accounts based on the failure of UN sponsored peace talks, which resumed in Switzerland in February 2017. In addition as it can be remembered, opposition groups refused to talk directly with the regime as both sides accused each other of violating the cease-fire in the Wadi Barada area prior to Syria peace talks held in the Kazakhstan capital Astana in January 2017. The armed opposition forces, namely Jabhat Fath al-Sham (formerly known as al-Nusra Front) refused to leave the battleground and head to Idlib in previous months. Nevertheless, Turkey insisted on returning Hezbollah militants back to Lebanon ahead of the planned truce talks in Astana, but as Khamenei’s top advisor underlined, Hezbollah is planning to stay on Syrian soil even after the ceasefire.

Though the peace talks are not the first over the course of the war, they have been long awaited for those hoping for peace in the region, and the Assad regime and the Syrian opposition have confirmed their attendance at a meeting to be held in Geneva in March 2017. Nevertheless, even UN envoy to Syria Staffan de Mistura has warned not to expect miracles from the new round of UN-backed talks while fierce fighting is in full flow across the country. As reported by Daily Sabah, tens of civilians including children were killed and around 50 wounded in a recent air strike launched by regime forces east of Damascus. Obviously, peace talks, whether held in Geneva or Astana, will bolster the truce in the near future, so in a way the talks lost the structural function in the battleground as an effective way of welcoming the truce. It seems that consecutive peace talks are being appealed to in order to cover the humanitarian tragedy especially apparent in Damascus.