Homeless Migrants Are Harassed, Chased, and Cleared Out by the French Police

A French activist screamed to police officers that violently cleared out a temporary camp in central Paris, “They are human beings; you cannot treat them as animals!” 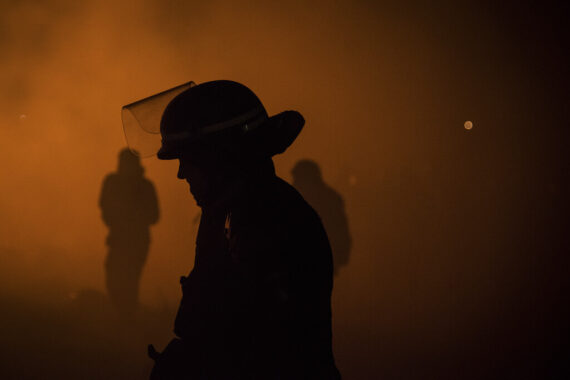 A French activist screamed to police officers that violently cleared out a temporary camp in central Paris, “They are human beings; you cannot treat them as animals!” The protest broke out to demonstrate against the lack of housing that left hundreds of migrants and asylum seekers in extreme destitution on the streets.

On Monday evening, November 23, 2020, about 450 tiny blue tents were erected at Place de la République to protest the lack of shelter for 1,000 migrants, after authorities dismantled a migrant camp hosting 3,000 people in Saint-Denis, a suburb north of Paris, a week before. The peaceful protest that saw the participation of hundreds of migrants and activists was violently ended and dispersed by the police. Officers forced migrants out of their tents, chased them in the streets, fired tear gas and dispersal grenades at them, shoved people with shields, kicked them, and hit them with batons.

France’s Interior Minister Gérald Darmanin described the footage of the evacuation as “shocking.” The widely documented crackdown occurred just a few days after the French Parliament voted to move forward with a new security bill preventing reporters or bystanders from filming incidents of police brutality. In a letter, the mayor of Paris Anne Hidalgo stated that “thanks to the footage circulating on the internet people became aware of what happened.” All those who were not present there were driven to reactions of shock and empathy, and awareness among the public was risen. The public outcry turns attention to the fact that without this footage, accountability, the prevention of such abuse, and holding the state responsible would be more difficult.

This is not an isolated incident but rather an event in a vicious and futile cycle of violence directed against migrants and asylum seekers in France. 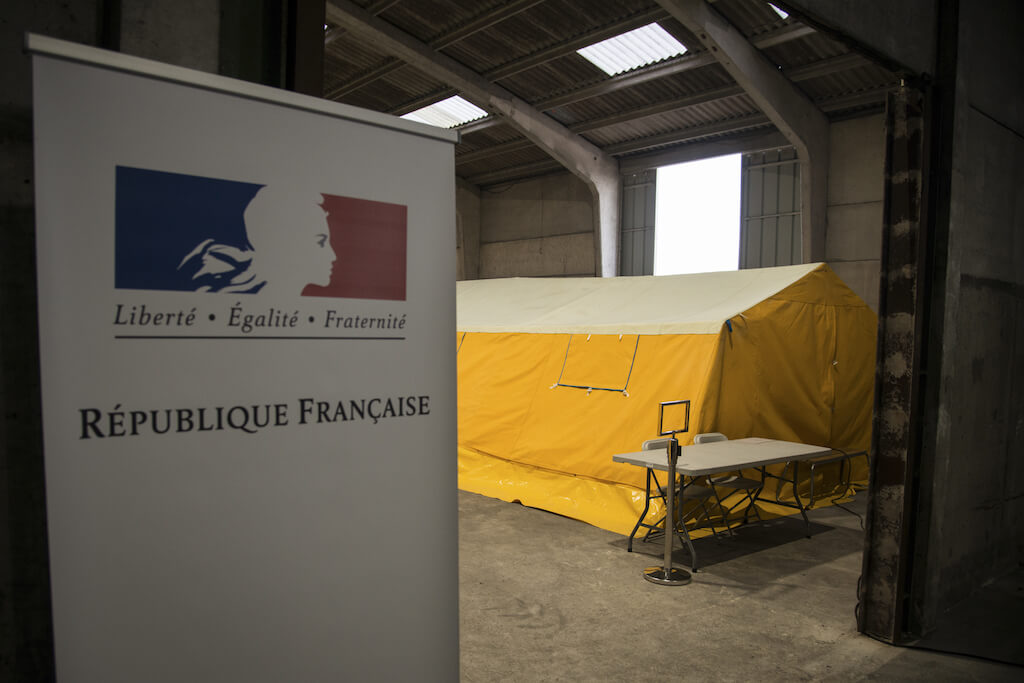 A view from hangars, will be temporarily accommodate refugees before they dispatched varied camps across the country, is seen in Calais, France, on October 23, 2016. French authorities have started clearing refugees’ tents, tin homes and shelters at the "Jungle" camp in the northern port city of Calais. Anadolu Images

In recent years, police have regularly dismantled camps, exercise fields, and shanty towns all over France, harassing, chasing, and clearing out hundreds of migrants and razing their tents and shacks. At the end of September 2020, French authorities cleared out a migrant camp hosting about 800 people in Calais, in the biggest operation since the so-called Jungle shanty town was demolished in 2016. The evacuation began before dawn, with police bringing in 30 buses to transport “more than 600 people” to different reception centers. Migrants were forced to board the buses and many were not even able to pick up their personal belongings or their documents.

In 2018, France’s human rights ombudsman Jacques Toubon accused authorities of “trying to make migrants invisible” by regularly clearing out their camps without providing them with viable alternatives. At the end of 2019, the Ministry of Interior stated that 52% of eligible applicants were effectively accommodated, meaning that more than half of the registered asylum seekers in France are left without accommodation every year. Evictions, carried out in the midst of the COVID-19 pandemic, are only worsening France’s long-lasting problems with inadequate housing, as activist groups have repeatedly warned that such mass evacuations do not tend to deter migrants from coming back to the area a few days later. In the past 12 months, authorities have carried out at least 1,079 evictions of shelters across France, mainly in the northern coast and almost on a daily basis. However, as long as there is no accommodation available for migrants, they are forced to live on the streets.

In July, the European Court of Human Rights ordered France to pay compensation to three asylum-seekers who were “forced to sleep rough in inhuman and degrading conditions for several months (…) having no means of subsistence, and constantly in fear of being attacked or robbed.” The court found that French officials had “failed in their duties” and were in breach of Article 3 of the European Convention on Human Rights.

Tearing down migrants’ temporary homes, dealing with them with brutality, and depriving them of their limited stability and belongings is not a solution. What migrants need is a safe shelter, and to live in dignity and without fear.

France still does not meet its obligations under Article 3 of the convention, as it forces asylum seekers and even recognized refugees who are wholly dependent on state support to live without shelter in a state of extreme destitution. Under European law, France violates Articles 17.2 and 18.1 of the Directive 2013/33/EU, requiring member states to provide asylum seekers with reception conditions that ensure an adequate standard of living, guaranteeing their subsistence, and protecting their physical and mental health. Under international law, France breaches specifically Article 11.1 of the International Covenant on Economic, Social and Cultural Rights recognizing the right of everyone to an adequate standard of living, including adequate housing.

Tearing down migrants’ temporary homes, dealing with them with brutality, and depriving them of their limited stability and belongings is not a solution. What migrants need is a safe shelter, and to live in dignity and without fear. The repeated dismantling of migrant camps is a violent and disproportionate operation that worsens the accommodation problem which France claims it aims to solve, and forces already displaced people to be constantly on the move. 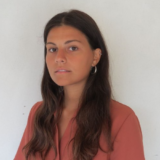 Michela Pugliese is a researcher on migration and asylum issues at the Geneva-based Euro-Mediterranean Human Rights Monitor.