Turkey and Iran should increase the level of bilateral direct investment to soften the impact of possible tensions emanating from political differences in the future. 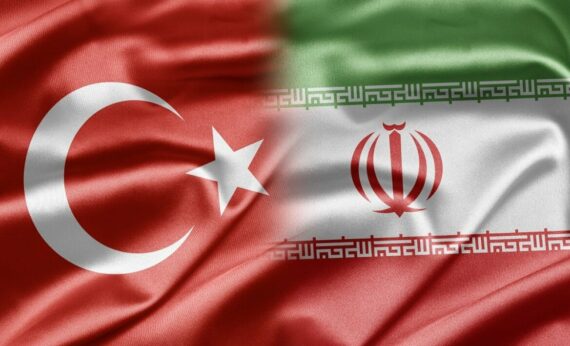 The history of Turkey and Iran, two of the Middle East’s most powerful nation-states, is characterized by years of rivalry, which remains the case today as Iran seeks to shape the region in consistency with its vision.

WorldBy Nursin Atesoglu Guney
While Turkey was West-oriented, the Iranian revolution of 1979 created tension with Ankara, as Turkey’s ruling secular elite viewed Iran’s new regime as a threat. This perception was in part fuelled by the belief that Tehran had been the main sponsor of terrorist groups in Turkey with the intention of exporting its particular brand of Islamism to neighboring countries. In turn, Iran’s new regime viewed Turkey as a threat to its revolutionary objectives, given Turkey’s secular ideology and its membership of NATO.

During the Iran-Iraq war, as Sunni Arab states and Western powers united behind the Iraqi dictator Saddam Hussein, Turkey maintained a neutral position.

However, disregarding such differences, during the Iran-Iraq war, as Sunni Arab states and Western powers united behind the Iraqi dictator Saddam Hussein, Turkey maintained a neutral position and Ankara viewed the Saddam Regime as a more ominous threat. Consequently, Iran did not pursue a confrontational policy toward Turkey, which enabled both countries to preserve the status quo between one another. Relations between the two countries began to improve following the Gulf War as they pursued cooperative measures to address issues that threatened the territorial integrity of both states, particularly the ‘Kurdish question’.

Following the rise to power of the Justice and Development Party (AK Party) in Turkey in November 2002, Ankara-Tehran bilateral relations blossomed. Although the leading figures in the AK Party called their political vision ‘conservative democracy’, the Iranians perceived the new government as being formed of those with an Islamic agenda and welcomed this government in their immediate neighboring country, which stressed the importance of improving relations with regional countries in almost all aspects.

During the past decade, a number of factors have motivated the two states to enhance their bilateral economic relations: Tehran’s desire for a reliable trading partner; Iran’s struggle under the crippling economic sanctions imposed by Western countries; and Ankara’s demand for Iran’s energy resources. Within the period of 2000 to 2011, reportedly, bilateral trade between the two partners increased from $1 billion to $16 billion, and the number of Turkey-based Iranian companies increased from 300 to more than 2,000 firms. Within Turkey’s framework of ‘zero problems’, ongoing relations between both countries have been based on ‘mutual pragmatism’, rather than competition, due to the mutual understanding that both parties will benefit more and preserve their interests by doing so.

Following the rise to power of the Justice and Development Party (AK Party) in Turkey in November 2002, Ankara-Tehran bilateral relations blossomed.

Against the background of such friendly exchanges between the two neighbors, however, relations have been strained due to the fact that both countries have been at odds on a number of issues in the Middle East, namely Iran’s support for the Syrian dictator Bashar al-Assad, Iran’s only ally in the Middle East, who could seriously endanger Turkey’s influence in the region. Iraq has also been a field of growing competition between Turkey and Iran, as Iran has been trying to fill the power vacuum created by the withdrawal of American forces in Iraq.

Additionally, the Sunni-Shiite sectarian conflict fuelled by Iran has drawn both countries into the conflict in Iraq on opposing sides. Turkish leaders always warned of such a threat and sought to reduce sectarian tensions; in view of this, Turkey’s diplomatic missions to Iraq have always included visits not only to the Sunni but also to the Shiite leading figures of the country. In contrast, Shiite Iran, which competes (with Saudi Arabia) for the leadership of Islam, has used the sectarian divide to further its ambitions.

Other sources of tension between Iran and Turkey have been the Kurdish and the Palestinian issues. Iran’s attempt to support Palestine (and oppose Israel) has been used as a way to enhance its popularity in the Arab world, while Turkey’s assertive support for Palestinians has been an important factor contributing to the deterioration of Iran’s popularity in the Arab world. This particular policy of Turkey has been translated by Tehran as a threat to Iran’s role as the main state sponsor of anti-Israel movements.

Turkish leaders always warned of and sought to reduce sectarian tensions; in view of this, Turkey’s diplomatic missions to Iraq have always included visits not only to the Sunni but also to the Shia leading figures of the country.

Turkey and Iran have clashed over other issues as well. Turkey views itself as a regional leading power. Many Arab countries also regard Turkey, with its relatively democratic political system and high economic growth rate, as a model for their own political development.

Although these are major divergences and challenges, Ankara and Iran have more shared objectives, which could push them closer rather than break them apart. Both countries have many common interests that could enable them to overcome their differences. After the comprehensive nuclear deal, known as the Joint Comprehensive Plan of Action (JCPOA), between Iran and world powers was reached, Turkey could once more play a major role as a gateway between Iran and the West. This is particularly important as Western countries try to find ways to reach Iran and tap into its $500 billion economy.

Furthermore, Iran is still an important partner for Turkey in other areas. For example, tourism has intensified as a trade activity between both countries in recent years, which could bring vitality to commercial activities in Turkey if given the chance to increase. According to reports from Turkey’s Ministry of Culture and Tourism, 1.7 million Iranians visited Turkey in 2015, ranking Iran as the sixth leading source of visitors to Turkey from among 90 countries.

The foreign policy agenda of the Rouhani administration known as ‘prudence and moderation’ aims at ending Iran’s isolation on the global stage. Since Turkey is a NATO member, Iran needs Turkey’s cooperation to send constructive signals when approaching the West. From the perspective of geopolitics and the regional balance of power, Iranian leaders should view their Turkish counterparts as key regional geopolitical, strategic and economic partners due to the fact that the Arab Gulf countries have been Iran’s competitors and rivals rather that its natural allies.

Even after the JCPOA was reached, Turkey was among the nations that welcomed the deal and lifted sanctions on Iran regardless of the fact that some of its allies had opposed the plan.

Due to all of these landscapes as well as common interests and objectives, the leaderships of both Iran and Turkey must come to realize that they need each other’s cooperation now more than at any other time in the past. Iranian policy makers should understand that Turkey can play an important role in building bridges between the West and Tehran. It has been proven to Iran that Turkey is a reliable and trusted partner. Turkey faithfully sided with Iran, supporting its neighbor at a most vulnerable time, when tensions reached their height over Iran’s controversial nuclear program.

President Erdoğan repeatedly vouched for Iran’s compliance and peaceful intentions with its nuclear program at a time when there was growing alarm regarding the threat of Iran developing a nuclear arsenal. This was a significant psychological boost for the Iranians as the key question was Iran’s lack of compliance with IAEA safeguards. Even after the JCPOA was reached, Turkey was among the nations that welcomed the deal and lifted sanctions on Iran regardless of the fact that some of its allies had opposed the plan.

Strengthening the economic partnership between the two countries may reduce the sense of vulnerability each has toward the other. Both partners should increase the level of bilateral direct investment as an option to soften the impact of possible tensions emanating from political differences in the future. The leaderships of the two countries are well aware that having a strong economy and forming mutual dependencies through establishing economic partnerships with neighbors are prerequisites of achieving the status of a strong regional power. In this context, it would be beneficial for both nations to pursue pragmatic bilateral trade policies and concentrate on lessening political tensions, factors that would enable them to gain more than they would lose.