The use of drones became popular among terrorist organizations as soon as the security vulnerability they contained was discovered. The reason for this widespread use of commercial drones is that they are easily accessible and affordable. 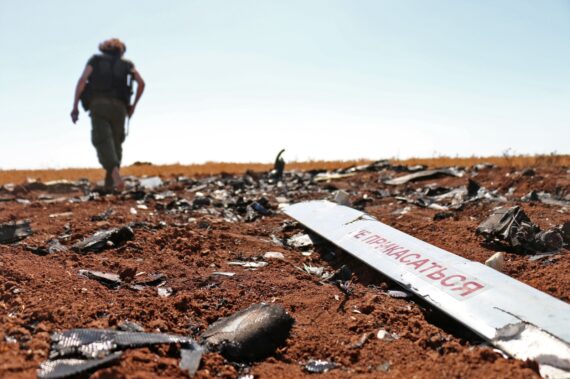 A rebel fighter walks near what purportedly are the remains of a Syrian regime drone that was shot down by Israel the day before, in a field near Barqah, a few dozen kilometres from the Israeli-occupied Golan Heights on July 12, 2018. Getty Images

Both civil and military technological developments have had important impacts on the increase of the maneuver capabilities of terrorist organizations and their terrorist attacks. Many technologies that increase life quality and facilitate our daily lives also have security vulnerabilities. One of the most distinguishing features of innovative terrorism is that terrorist organizations track down security vulnerabilities in new technologies and use these technologies for their own tactics and attacks, and thus adjust themselves to these new technologies. This situation appears before us with the introduction of commercial drones, which are used for recreational purposes.

The use of drones became popular among terrorist organizations as soon as the security vulnerability they contained was discovered. The reason for this widespread use of commercial drones is that they are easily accessible and affordable. Numerous non-state armed actors and terrorist organizations from America to Asia use drones today, at least, to gather intelligence about their targets. This, in turn, causes drones to appear as a new instrument for intelligence, which allows terrorist organizations to enhance their capabilities. However, the use of drones is not just limited to reconnaissance and surveillance. Some of these actors may use drones in a more complex way of utilization, with the purpose of an assault.

The first attempt for an assault was carried out by a hand grenade booby-trapped drone in Hakkari. This drone crashed when it was trying to land on a military base. Another IED loaded drone attack was repelled during an operation by the Turkish Armed Forces in November 2017. Another drone attack against a Turkish Armed Forces base in the Zab region in Northern Iraq in May 2018 was neutralized by the anti-drone defense systems used by the Turkish military.

The PKK/YPG first used ready-to-attack drones it seized from Daesh during Operation Raqqa. The terrorist organization tried to organize attacks against the Turkish Armed Forces in 2017, with IED loaded drones it had seized from Daesh.

However, in due course, the PKK/PYD has continued to enhance its abilities in drone use and completed its adaptation to using drones. In this respect the most detailed assault attempt was carried out on 10 November, 2018, in Sirnak. Instead of an all-out attack on a single target, 8 drones loaded with nail-enforced plastic explosives were sent to multiple military points. The assault targeted military personnel who were in the open due to the November 10 commemorative ceremony for Ataturk. Some of the drones were halted with direct gunshots and some crashed on their own. The remaining drones were crashed as kamikaze drones into the ceremony field. However, the explosives loaded on the drones could not be detonated due to electronic jammers.

The X-UAV Talon type commercial drones, which could be obtained in the market for 500-1000 Turkish Liras were used in this attack. These types of drones were intensely used by Daesh in Syria. IED dropping mechanisms were not attached to these drones, but nail-enforced C4 plastic explosives were attached to them using duct tape. This ensured that the drones reached their targets. However, as stated, the C4 explosives loaded on them were prevented from detonating due to electronic jammers. When considering the fact that all the drones were painted in a camouflage pattern and it was an attempt to assault 8 different points, it can be anticipated that the terrorist organization was trying to establish a perception that it had conventional air maneuver capability. Likewise, the PKK/PYD claimed responsibility for the attack and it was declared that the attack had been carried out with a new tactic.

X-UAV Talon type commercial drones can be obtained in the market for 500-1000 Turkish Liras. These drones have been used by the PKK/PYD against Turkey.

With regard to this newly developed tactic, a new attack using three nail-reinforced C4 plastic explosive loaded drones was carried out by the PKK/PYD on 1 January, 2019. Two of the drones used in the attack targeted the Sehir Ercument Turkmen quarters in Silopi and one targeted the Cizre District Gendarmerie Command. As can be observed in the footage recorded during the attack, it was attempted to neutralize the drones by direct shooting. This is the most ineffective counteraction against drones. Indeed, although the drones were taken under heavy fire, only one of the drones used in the attack could be neutralized. The other two exploded on the ground where they crashed as kamikaze drones.

When the last two attacks carried out by the PKK/PYD are examined, it can be seen that:

These common points in the last two attacks suggest that the drones used in these attacks were prepared in the same workshop, and that this workshop could be somewhere close to Sirnak, on the Syrian side of the border. This, in turn, indicates that the PKK/PYD has continued using drone workshops that it captured from Daesh during Operation Raqqa.

It is a necessity for Turkey to deploy more anti-drone weapons and technologies to military units on the Syrian border and in the regions with ongoing anti-terror operations.

When considering the attacks conducted by the PKK/PYD in the last two years, it is seen that the terrorist organization began using drones with the purpose of performing kamikaze attacks and in a way to drop IEDs. Although the PKK/PYD has not been able to use drones as efficiently as Daesh, and there has not been any casualties or injuries in drone attacks by the PKK/PYD up to now, it is estimated that the number of drone attacks against the Turkish Armed Forces could increase and that the PKK/PYD would diversify and improve its drone attack methods. The terrorist organization has preferred to attack multiple targets at the same time in its drone attacks. However, there is a possibility that problems can emerge due to the anti-drone defense systems used all around the world, which may be insufficient in case of an all-out attack against a single target. Therefore, preparedness is required against drone attacks in critical regions, especially in regions close to Syria, since the drone workshops captured by the PKK/PYD from Daesh are in Syria.

It should be kept in mind that it is difficult to neutralize drones with direct shots and there is a possibility of failing to neutralize them with electronic jammers since drones sent for attacking certain targets with pre-programmed coordinates are autonomous. In addition, the distance for a drone to be detected with the naked eye is 100 meters and the distance for hearing the sound of a drone is 40 meters. These distances are not enough for recognizing the threat, taking the necessary precautions and eliminating the threat. Considering all these limitations, it is a necessity to deploy more anti-drone weapons and technologies such as Ihtar and Gergedan, which are developed by ASELSAN, to military units on the Syrian border and in the regions with ongoing anti-terror operations. 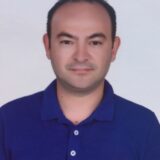 Balkan graduated from the Naval Academy in 2004, and received his MA from Gebze Institute of High Technology. He conducts studies on terrorism, non-state armed conflicts, Middle East security, and political geography.