How Free Is Freedom of Expression? Zoom Cracks Down on Public Debate on Palestine

The Zoom cancellation of pro-Palestinian events is part of a larger campaign to crack down on free speech on Palestine in which Facebook and YouTube also take part. 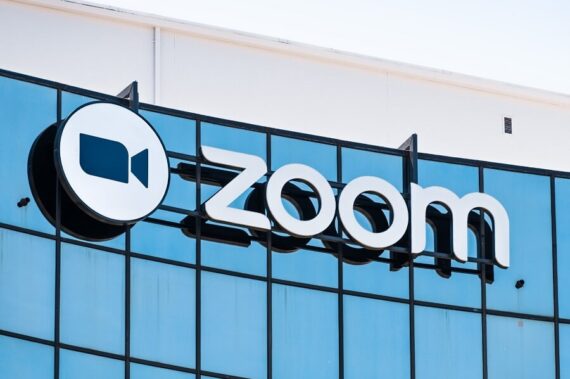 Zoom headquarter in Silicon Valley in San Jose, USA. May 6, 2020 By Shutterstock

Social media companies are becoming increasingly involved in political affairs. This involvement has different dimensions to it, but most importantly, it is limiting the right to access information, increasing restrictions on the freedom of expression, and disregarding personal rights. Zoom’s, YouTube’s, and Facebook’s claims to neutrality have become a matter of question.

Now, being a progressive company or person has exceptions. One example is the well-known Progressive Except on Palestine (PEP) position. Recently it was reported that Zoom and some other video-conferencing applications are selectively imposing restrictions on issues and one of these is the ongoing conflict between Israel and Palestine.

Born to a refugee family in Haifa that ended up in Lebanon in 1948, Khaled joined the Popular Front for the Liberation of Palestine (PFLP) to become the first female plane hijacker. Khaled was scheduled to give remarks on September 23, 2020 at a virtual open classroom titled “Whose Narratives? Gender, Justice and Resistance: A Conversation with Leila Khaled” organized by Prof. Rabab Abdelhadi and Prof. Tomomi Kikukawa. The event was sponsored by San Francisco State University’s Arab and Muslim Ethnicities and Diasporas Studies Program, and the Women and Gender Studies Department. The event was blocked by Facebook, and was taken down by YouTube twice, which caused outrage and anger on social media, with people questioning the commitment of these three platforms to free speech.

Zoom bowed down to protesters calling for canceling the event. The California Faculty Association issued a resolution stating that “by cancelling the event, Zoom directly violated the CSU, SFSU, AAUP academic freedom policies, it challenged federal and state court law, and infringed on the preamble of the CFA contract which states that ‘the CSU shall support the pursuit of excellence and academic freedom in teaching, research, and learning through the free exchange of ideas among the faculty, students, and staff.” The reason for the censorship is that it featured a conversation with Leila Khaled, a Palestinian activist, connected to the Popular Front for the Liberation of Palestine (PFLP) – which the U.S. government has labelled as ‘terrorist’, and to two plane hijackings that took place in 1969 and 1970 which had no casualties.”

The statement added that “Leila Khaled was speaking as a feminist in a movement for national liberation, and several competent civil rights attorneys have asserted that Leila Khaled speaking to a classroom was in no way a violation of any criminal law despite the spurious campaign led by the Lawfare Project. Many off-campus right-wing Zionist groups exerted tremendous pressure to force the university to cancel the event, and to prevent Leila Khaled from speaking to SFSU students in the open classroom.”

In the same context, Zoom commented on its cancellation of the event by saying, “Zoom is committed to supporting the open exchange of ideas and conversations, subject to certain limitations contained in our Terms of Service, including those related to user compliance with applicable U.S. export control, sanctions, and anti-terrorism laws.” The Zoom spokesperson continued, “In light of the speaker’s reported affiliation or membership in a U.S. designated foreign terrorist organization, and SFSU’s inability to confirm otherwise, we determined the meeting is in violation of Zoom’s Terms of Service and told SFSU they may not use Zoom for this particular event.”

The General Union of Palestine Students at SFSU issued a statement stating, “This is a clear attempt to censor Palestinian voices, especially Leila Khaled.” Rabab Abdelhadi, director of the Arab and Muslim Ethnicities and Diasporas Studies program at SFSU, issued a statement declaring, “Zoom has threatened to cancel this webinar and silence Palestinian narratives.”

Following this, on October 23, 2020, Zoom canceled Leyla Khaled’s webinar at Hawaii University, which was co-sponsored by the Departments of Ethnic Studies and Political Science, and the Students and Faculty for Justice in Palestine. The event was part of the “Day of Action Against the Criminalization and Censorship of Campus Political Speech” by the US Campaign for the Academic Boycott of Israel (USACBI). It was a reaction by the students of Hawaii University to Zoom, Facebook, and YouTube to the cancellation of Khaled’s event at SFSU in September.

Students at the University of Hawaii at Manoa reacted to Zoom’s cancellation of Leila Khaled’s webinar. The students expressed their frustration by saying, “We as UH students, faculty staff and community members are offended by our university’s complicity and its failure to protect our freedom of speech.” The participants in the video repeated the words of Khaled: “We are not afraid of struggling, we are afraid of giving up. Our people never gave up in the past and not now and not in the future. It’s because we have supporters all over the world.”

The Zoom cancellation of events on Palestine in the U.S. is not the first of its kind. In the past, Facebook and YouTube have shut down Palestinian pages and accounts. Facebook, which has its Middle East headquarters in Israel, has signed an agreement with the Israeli government to censor the Palestinian content. The Zoom cancellation of pro-Palestinian events is part of a larger campaign to crack down on free speech on Palestine in which Facebook and YouTube also take part.