Iran not only transformed into a purely ideological and sectarian state, it has also become the global religious and spiritual leader of Shia Islam. 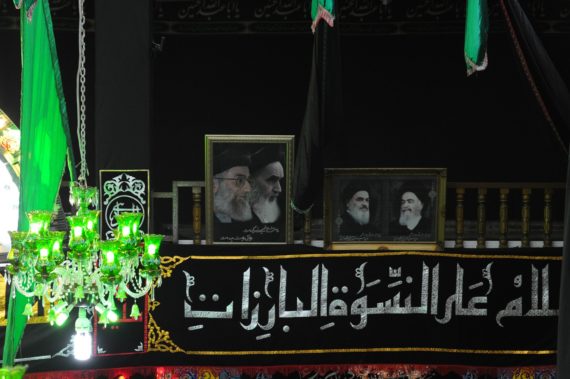 A portrait of Iran's two supreme leaders, Ayatollahs Ruhollah Khomeini and Ali Khamenei, are hung in a mosque as Iranians mark the anniversary of the 7th-century death of the third Shiite Imam Hossein, with day and night mourning ceremonies for Ashura in Tehran, Iran, on September 19, 2018. Getty Images

Shia Islam – one of the main components of Iran’s geopolitical design – is the feature that allows Iran to be a prominent actor in the Islamic world. “Geopolitical design” could be defined as the attempt of a cultural system to build a cultural and social world in target regions through state mechanisms. After Joseph Samuel Nye conceptualized “soft power,” the importance of the term became as apparent as “hard power.” It can be argued that the most prominent aspect of soft power is to inspire awe to have the capacity to occupy others’ agendas. “Culture” is the key cornerstone here. Nye defines soft power as the ability of “getting others to want the outcomes that you want” through means that “co-opts people rather than coercing them.” Regardless of how it is pursued, when (and if) a state’s policies are seen as legitimate, their soft power will increase.

It can be stated that Iran’s utilization of paramilitary groups and its military presence in Iraq and Syria can be regarded as “normal” due to Tehran having a higher soft power capacity than Turkey. It’s mainly religious and ideological factors that allow Iran to be more persuasive in the region. Even though Shia Islam has different factions within itself, Iran has started to build its capacity to mobilize Shiite congregations with the Khomeini system established after the 1979 revolution.

Even though Shia Islam has different factions within itself, Iran has started to build its capacity to mobilize Shiite congregations with the Khomeini system established after the 1979 revolution.

In this respect, Khomeini could be considered as the founding father of Shiite Iran. According to this belief, s state without an “innocent imam” as its head cannot be considered “Islamic.” The Shia doctrine states that the “hidden imam” was yet to return and that the Shiites had to wait for his return in order to establish a state. Khomeini developed the theory of “Vilayat-e Faqih,” which allowed the Shiites to establish their own state without the hidden imam’s return. For the first time in history following the Iranian Revolution, the concept to re-design the state was established. Articles 109 and 110 of the Constitution of the Islamic Republic of Iran designates the authority and responsibility of Vilayat-e Faqih. Article 109 states that Vilayat-e Faqih serves as the leader of the Ummah until Mahdi’s return. Further, according to these articles, Vilayat-e Faqih has power over the military, judiciary, and legislative. The introductory provisions of the said constitution therefore clearly states that Iran is based on imamat and Mahdism.

According to Article 12 of the Constitution, the Islamic Republic of Iran’s official religion is “Islam and the Twelver Ja’fari school of [shi‘ī] religion” and “this principle shall remain eternally unchangeable.” While non-sectarianism is praised in Turkey, Iran’s overt sectarianism is somehow disregarded. Iran’s Constitution merely establishes a state based on religion and sect. In all governmental institutions and positions along with the administration of the country, sectarian principles are dominant. Only those who pledge alliance to the “Vilayat-e FaqihTheory” can be appointed to strategic institutions and positions. Individual and societal behaviors are evaluated in accordance with Shia principles, while familial, educational, and cultural aspects are regulated according to Shia values.

Iran’s Constitution merely establishes a state based on religion and sect. In all governmental institutions and positions along with the administration of the country, sectarian principles are dominant.

Thus, Iran not only transformed into a purely ideological and sectarian state, it has also become the global religious and spiritual leader of Shia Islam. Shiism is a profound tool utilized by the government to persuade communities in the region and to attract them against certain policies. This is because sectarian identity has transformed into a political and spiritual identity for Iran. According to the definition in the constitution, “the Islamic Republic is a system based on the faith in belief in the Imams (imamat), continuous leadership, and its fundamental role in the continuity of the Islamic Revolution.” Shia Iran’s most important defining principles are “imamat and leadership.” Imamat is the belief that the leadership has passed on from Prophet Muhammad to Ali and his lineage, and that this leadership was usurped by others. In this respect, Shia is an exclusivist sect. Not only does this understanding of Islam perceive others as wrongdoers, they also regard them as heretics who oppress the believers. Indubitably, each group could deem those that do not share their belief as superstitious. However, the issue here is the politicization of this theological thesis. When you deem superstitious beliefs as your irreconcilable enemies, you will think more about annihilating them rather than persuading them. Moreover, your alliances with them will only aim to save the day or act as part of taqiyya. Thus, you’re forced to tolerate them until you have the power.

Iranian culture centers all around the world have become an important tool for Iran to spread Shia Islam globally. Religious publications, universities, and culture centers are the most prominent instruments of Iran in terms of Shia expansionism. Unlike the publications of the Directorate of Religious Affairs in Turkey, Iran produces Shia religious publications and distributes them to other countries. For instance, “International al-Khoda Publishing” founded in Tehran in 1984 has offices in Afghanistan’s Kabul, Kyrgyzstan’s Bishkek, Turkmenistan’s Ashgabat, Iraq’s Najaf and Tajikistan’s Dushanbe cities. The firm actively attends book fairs held in various countries, and has published over 1200 books in 25 languages.

Iran not only transformed into a purely ideological and sectarian state, it has also become the global religious and spiritual leader of Shia Islam.

Another important instrument that Iran uses to spread its ideology is the “Ahl al-Bayt World Assembly.” The organization has offices in 90 countries. 39 of them are in Asia, while there are 42 in Africa, 18 in the Americas and 40 in Europe. The foreign annunciator network is one of the prominent activities the organization focuses on. In this respect, they grant scholarships to Shiite youth in various countries, bring them to Iran, indoctrinate them in accordance with Iran’s Shia belief and then send them back to their countries. These youth then establish NGOs that comply with the laws of their respective countries and propagate this belief with the support of Iran. According to the official website of the organization, Ahl al-Bayt World Assembly is present in 70 countries and has a network of 5300 foreign annunciators.

Another power dimension for Iran is universities – Al-Mustafa International University being a prominent example. On the contrary to Turkey’s supra-sectarian religious educational institutions, this university provides only Shia education and according to its official website, has 170 subsidiaries. The rector and the board of trustees are directly appointed by the Vilayat-e Faqih.

Iran’s “Ahl Al-Bayt World Assembly” grants scholarships to Shiite youth in various countries, brings them to Iran, indoctrinates them in accordance with Iran’s Shia belief and then sends them back to their countries.

*This article was first published in Turkish in Turkiye Gazetesi on December 1, 2018. 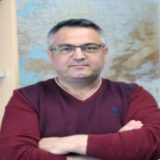