How Long Can Iran Resist US Pressure?

Iran needs to be very careful about the steps that it will pursue against the U.S. The assumption that Trump will never risk a war, which will endanger the lives of thousands of U.S. soldiers or a huge chaos that will affect the global market, seems to be the main detriment of Iran’s counter strategies. However, it will not be an exaggeration to say that this is a great gamble. 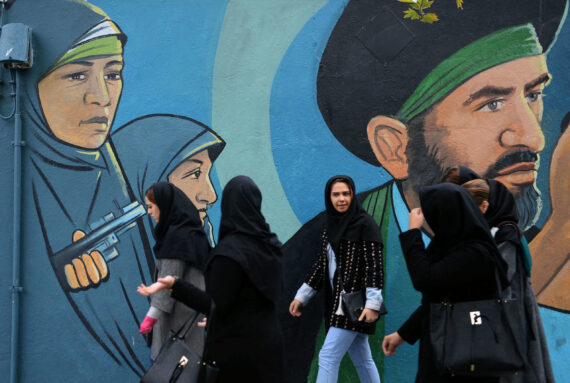 After being elected as U.S. President and from the end of 2016 onwards, Donald Trump has gradually increased pressure on Iran, which has now reached its maximum level. The Washington administration launched two-stage sanctions against Iran in August and November after the country’s withdrawal from the Nuclear Agreement (JCPOA), and in April 2019, declared Iran’s Islamic Revolutionary Guards Corps as a foreign terrorist organization. In addition, Trump declared that a six-month sanctions waiver period, which was granted to Iran’s major oil buyers, would expire on May 2 onwards and no country will be able to purchase oil from Iran as of this date.

The U.S. decision to recognize the IRGC, which has an undeniable importance in the determination and implementation of the basic domestic and foreign policy principles of Iran, as a terrorist organization raises questions about the final aim Washington has in mind. In this respect, the most obvious indicator is that Trump has begun to take steps that target the structural existence of Iran, possibly under the influence of people around him such as John Bolton.

The hawk team formed by Trump regarding U.S. foreign policy is composed of people who are, so to speak, obsessed with Iran and it seems quite difficult for these people to find a common ground with Iran’s current political structure. In fact, Iran’s Foreign Minister, Javad Zarif, who is in recognition of this fact, targeted Netanyahu, Bolton, Mohammad bin Salman and Bin Zayed during an interview he gave to Fox News, in which he called the “B Team,” and tried to warn the U.S. that this team would mislead Trump and cause a regional catastrophe.

The hawk team formed by Trump regarding U.S. foreign policy is composed of people who are obsessed with Iran.

Claims that Trump has allowed Netanyahu to determine U.S. policy in the Middle East has been voiced by many people. The re-location of the U.S. Embassy in Tel Aviv to Jerusalem, the recognition of Israel’s annexation of the Golan Heights and taking new steps to support Israel’s regional expansionism with the agreement called the “Deal of the Century” will further increase regional tension and conflict.

A similar scenario is also observed with the recognition of the Muslim Brotherhood as a terrorist organization. The Muslim Brotherhood is one of the most established political organizations in the region and has been active in different countries for over 70 years. All these developments indicate that Israel’s rivals and regional partners are somehow trying to be transformed into U.S. opponents. The fact that the main actors in the region are placed on enemy lists with groundless claims and the regional policies of the Trump administration, which seek nothing but Israel’s interest, are not only criticized by regional actors but also by some U.S. media outlets, such as the New York Times.

As mentioned above, it is clear that they are in a struggle for regional design and at the same time, they are giving priority to anti-Iran policies within the strategy of axis of evil. Therefore, the U.S. administration, which intends to reduce the country’s oil sales to zero, anticipates that it will weaken Tehran’s resistance power and the country will internally collapse as a result of such sanctions that will last no more than 3-5 years.

Two possible results can be predicted as a result of destructive sanctions, in line with this Israel-oriented strategy. According to this strategy, Iran will be transformed into Iraq during the Saddam era or will face serious economic turmoil as did Venezuela. As a result, the country will not be able to oppose either result and the policies of the aforementioned axis.

If the U.S. seriously imposes a ban on oil sales, Iran’s daily loss will sail between 200 and 250 million dollars.

According to this group, which Zarif called “B Team,” Iran’s foreign exchange reserves will be reduced to zero since the Tehran administration knows that it will not be able to resist, economically, for a long time. Thus, in their opinion, Iran will accept U.S. conditions within a year or two and will eventually be neutralized in the region – abandoning its nuclear activities for good. In this framework, their last expectation is that Iran will accept the elimination of most of its ballistic missiles and disarm its proxy forces in the region. In fact, if the U.S. seriously imposes a ban on oil sales, Iran’s daily loss will sail between 200 and 250 million dollars and it is highly unlikely that the country will be able to survive in the face of such a situation for a long time.

What options does Iran have?

The counter-strategy that Iran has been trying to pursue since Trump’s election has not yielded much results up until now. In the beginning, the Tehran administration kept its moderate manner despite the statements and expectations of the previous authorities and remained in compliance with the JCPOA. Besides, despite economic difficulties, Iran prioritized to preserve its political legitimacy. As a result, Iran succeeded in maintaining this policy over a period of one year. However, at the present stage, the expectation of Tehran is that its economic interests are guaranteed by other parties of the agreement, especially European countries.

In fact, Abbas Araghchi, Deputy Foreign Minister of Iran, clearly emphasized this expectation during his visit to Ankara at the end of April. Otherwise, the Iranian government may withdraw from the international agreements it signed – notably JCPOA and NPT, as the counterparts have not fulfilled their pledges. As might be expected, the U.S. desire to drop Iran’s oil sales to zero will mean the absolute bankruptcy for the Iranian economy.

It is also questioned inside Iran what sort of benefit will be yielded with these diplomatic counter measures, as is known that these steps will not have any economic return. There is also a possibility that the anti-Iranian discourse of Trump, which is not really appreciated by the rest of the world, may be supported by third countries after such an Iranian manoeuvre. If this manoeuvre occurs, Iran will withdraw from the nuclear deal and accelerate its nuclear activities and this result could lead to further tensions and perhaps lead to an American military operation against certain Iranian targets.

However, according to the more widely accepted view in Iran, the Trump administration will not give up its bossy, unilateral and compromise-seeking policies against Iran before the existing tension reaches the level that will harm U.S. interests. Hence, according to this view, Iran’s possible efforts to increase uranium enrichment to a high level, just as it did during the Obama era, could put pressure on the Trump administration to conclude a deal with Iran. In the event that Iran accelerates its nuclear activities, its uranium enrichment process is expected to reach above a 50%-level within a year, which is a critical turning point in its nuclear activities.

Due to reasons such as the fact that this step will not yield any result in the short term, it will save time for action against the U.S. and the concerns that the very foundations of the Iranian economy will be seriously damaged during this period, the Iranian government could also seek ways to foster more efficient results. Iran could seek to damage oil tankers that belong to Saudi Arabia or the UAE, which have already declared that they are ready to supply Iran’s customers with oil. Iran could also slow down the passage of oil tankers in the Gulf, which it controls under different pretexts and this situation could put pressure on Trump, who is known with his vulnerability to oil prices. In addition, the close patrolling activities of CENTCOM and DMO in the Persian Gulf could turn the tension in the world’s largest energy crossing point into a hot conflict. Particularly, the fact that John Bolton emphasized that the U.S. Abraham Lincoln aircraft carrier’s deployment in the Gulf War was aimed directly at deterring Iran indicates that the war of nerves is continuing.

At this stage, it is important to understand the reflexes of both sides. Trump aims to maintain his rude and uncompromising approach, which he has adopted globally and may be called the “new normal approach” on Iran as well. He has also set his team based on the maximum pressure strategy. It is obvious that the Trump administration, which adopts imperious discourse even against other great powers such as China and the EU, will not give credit to Iran’s usual counter-diplomacy tactics.

The assumption that Trump will never risk a war seems to be the main detriment of Iran’s counter strategy. But, this is a great gamble.

On the other hand, Iran, conducting harsh policies since the revolution and clashing with the U.S. without refraining from limited conflict areas, has given two basic concessions in the last four decades under heavy pressure. One of them was the decision to end the Iraq-Iran war, which Khomeini then described as drinking poison. The other one was the nuclear deal signed during the Obama era, which Khomeini linked to the deal between Hasan, the second Shiite Imam and Muawiya and formulated it as “heroic flexibility.” Therefore, the Iranian government’s decision not to sit down at the negotiation table, during the Trump era in particular, does not seem to change. However, this decision has some drawbacks. Firstly, Trump does not have an ideological perspective, and he is the only person that Iran could compromise with within the current U.S. administration. Besides, if he is to be re-elected for a second term without subjecting Iran, it will not be possible to collect political gain from a political agreement. Therefore, he will perhaps prefer to put his stamp on history differently.

Iran is aware of this option and will not passively wait for the stated process as it knows that time is not on its side. Nevertheless, Iran needs to be very careful about the steps that it will pursue against the U.S. The assumption that Trump will never risk a war, which will endanger the lives of thousands of U.S. soldiers or a huge chaos that will affect the global market, seems to be the main detriment of Iran’s counter strategies. However, it will not be an exaggeration to state that this is a great gamble.