How realistic is the Armenian call to normalize relations with Turkey?

During a press conference after gaining an absolute majority in last Sunday’s elections, Armenian Prime Minister Nikol Pashinyan said: “We are ready to build direct relations with Turkey without any precondition.” 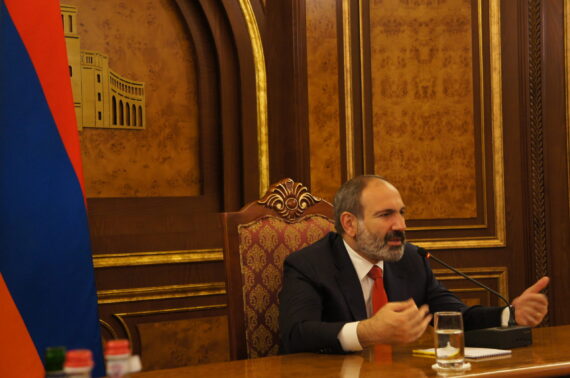 Following the general elections on December 9, multiple calls from Armenian officials have been in regards to normalizing relations with Turkey.

During a press conference after gaining an absolute majority in last Sunday’s elections, Armenian Prime Minister Nikol Pashinyan said: “We are ready to build direct relations with Turkey without any precondition.”

During a meeting yesterday, Zohrab Mnatsakanyan – Foreign Minister of Armenia – told Turkish journalists, “We want Turkish-Armenian relations to be normalized and we prefer continuity in this regard. There had been some unfortunate events between the two countries in the past, however we are ready to talk without any precondition. Even if it seems hard, a new road map needs to be drawn between the two countries.”

He added that the events of the past shall not repeat: “We are two neighboring countries and we have the sufficient capacity to solve our problems. We are in favor of a dialogue for solutions.”

Mnatsakanyan further added, “We have good relations, especially, with Russia, the EU, and U.S., and with our neighbors Georgia and Iran. In addition to this, we also have good relations with China, Japan and other Asian countries all are part of the other side of the world. But our first and most important priority is to solve the Nagorno-Karabakh conflict.”

The Nagorno-Karabakh conflict is a territorial dispute between Armenia and Azerbaijan over the region of Nagorno-Karabakj, which is de-fact controlled by the self-declared Republic of Artsakh, but which is internationally recognized due to being a de-jure part of Azerbaijan.

The conflict began in 1988 when Armenians in Karabakh demanded that Karabakh be a part of Soviet Armenia and leave Soviet Azerbaijan. The conflict climbed high during the 1990s. The sides signed a ceasefire in 1994, which lasted almost two decades without any progress on finding a solution, and ended up with a bloody tension in 2016. Since then, there has been no sign of finding a solution to the problem.

Writing in TimeTurk, Associate Professor Gokturk Tuysuzoglu argues that there will be no major changes in Armenia’s foreign policy after the elections. He claims that the election results depict that Armenian people are still supporting the ‘will of change’ manifested last Spring because the bloc – My Step – headed by Nikol Pashinyan – who was the leader of the Velvet Revolution of last Spring – won 70% of the votes.

According to Tuysuzoglu, although considered to be pro-western, Pashinyan’s rhetoric and actions show that he is not in favor of questioning the existing relations with Russia. Tuysuzoglu added that “Pashinyan received huge support from people in order to conduct his project, focusing on economic reform, fostering democratic values, and fight against corruption.”

According to Tuysuzoglu, Pashinyan interprets Russian military bases in Armenia to be a “correct attitude” toward Turkey and Azerbaijan and in this regard, he reflects that he is not far from the security-focused rhetoric. He further states that in regards to the Nagorno-Karabakh conflict, Pashinyan is not far from the Republican Party and the ultra-nationalist political party Dashnaktsutyun. Thus, one should not expect a major change in Armenia’s foreign policy in the axis of Turkey.