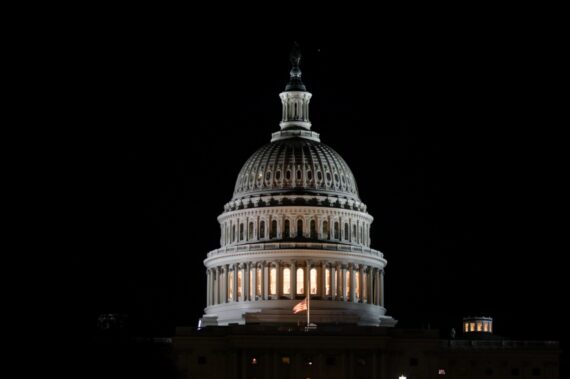 It is obvious that lawmakers in the U.S. have to compromise in order to pass the appropriations bill (one part of a larger U.S. budget) for the upcoming year. Otherwise, the related legal requirements foresee the continuation of a so-called “government shutdown,” i.e. the stop of funding of government operations and agencies. In such a situation, which has increasingly been occurring since the 1990s, U.S. government operations and agencies are not able to receive funds and most government services are literally frozen. Thus, circa 40% of the government workforce is furloughed without payment.

In the most recent case, President Trump, who had promised to build a wall along the Mexican border during his election campaign in 2016, had been under pressure from his voters. By this, it is no secret that the 2020 elections are also in focus. Trump insisted on his promise to build the wall across the country’s southern border, for which he needs an approximate 5 billion dollars. This needs to be approved by Congress. If this does not occur, President Trump stated that he was “totally prepared for a very long shutdown.” Even before the disagreement, it was not possible to solve the problem between the House of Representatives, the Senate, and the White House. Due to the fact that no deal was reached and tensions increased to the extent that Senate Democratic Leader Chuck Schumer of New York literally shouted “You will not get your wall”), and a new government shutdown occurred.

Nevertheless, in a most likely scenario, American lawmakers and the president in the White House will ultimately find a deal perhaps subsequent to Christmas or even in the new year. However, in the first stage, the shutdown will continue during the Christmas holidays, most probably until 27 December or even longer. In the past, for instance, one of the longest shutdowns occurred during the administration of Democrat President Bill Clinton. This process caused damage worth billions of dollars. A government shutdown also causes disruption to government services and increases the costs of the government due to so-called lost labor.

In this sense, as a comparison and unique development, Turkish lawmakers tried to overcome similar potential problems while establishing Turkey’s new presidential system in 2016. The new system was approved through a referendum on 16 April, 2017, and came into full force on 24 June, 2018. The interesting and striking budget issue in the Turkish context – which is not the same as the U.S. – has been been described by Serdar Gulener and Nebi Mis as followed (p. 24):

“However, it is the second paragraph of the amendment that makes a unique noteworthy contribution to the proposed presidential system. The proposed paragraph reads,

The adoption of the particular aforementioned budget bill procedure offers an effective solution to the issue of probable deadlocks between executive and legislative bodies threatening shutdown of government operations due to absence/delay of budgetary approval. One should keep in mind that discussions to find solutions to such potential deadlocks between the president and the legislature continue in many countries including the U.S.”

Thus, what can we learn from both examples? The answer should be elaborated with comparative sensitivity. But before that, it has to be mentioned that even though it was not addressed in depth on (Turkish) TVs due to Turkey’s currently busy foreign policy agenda, Turkey’s first parliament under the presidential system ratified the country’s 2019 budget in the general assembly on 22 December, while at the same time American government institutions faced a government shutdown.

The Turkish presidential system has a mechanism that activates the budget of the previous year if no agreement is formed in parliament. This avoids government shutdowns that occur, for instance, in the U.S.

First of all, the American presidency is just one effective example of various models of presidentialism. Different kind of countries have their own domestic dynamics, which are a result of a political, historical, and legal experiences.

Second, Turkey’s new presidential system took all democratic components of a universal presidential system into account while putting an emphasis on realistic scenarios and problem-solving mechanisms. It’s not a big surprise that people rightly point out to the separation of powers importance in the U.S. system, while disregarding the presidents’ dominance over his party, as is the case regarding the current Congress and the Republicans. Thus, one should rather focus on the deal between not only the lawmakers (within Congress) but also the President’s dominance himself during this process – who is eventually and de facto the main actor of the system – whether one wishes it or not; that’s reality.

Third, Turkey’s presidential system has an actual advantage compared to the most favored (and democratically functioning) presidential system in the world. That is to say, it’s not possible that Turkish lawmakers, who have not the majority in Turkey’s unicameral Parliament, put pressure on the government even in a partly blackmailing way in order to cause a government shutdown.

The new system of government has a so-called mechanism that activates the previous years’ budget automatically as was addressed above. Consequently, there won’t be huge losses in a range of billions of Turkish Liras – at the expense of Turkey’s citizens.