As long as the U.S. does not change its policies regarding the PYD and FETO, Turkey will see its alliance with the U.S. as no more than a pseudo-alliance no matter how much it hurts the Turkish economy. 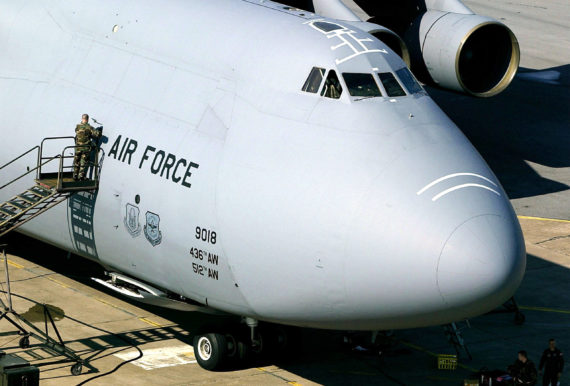 A crew member makes adjustments to the hull of a C-5 cargo plane, the largest in the U.S. military, March 7, 2003 at Incirlik Air Force Base in Turkey. Getty Images

As the relations between Turkey and the U.S. have turned tense, the economic cost of the tension is increasing for Turkey with the USD skyrocketing vis-a-vis the Turkish Lira. The outcome is heavy for the Turkish economy but it is not what Turkey deserved when bilateral relations are examined retrospectively.

The Turkey-U.S. alliance had better days over the past seven decades. While it’s not in its best mood today, it’s not in its worst either. Turkey served as a significant pillar of the containment strategy of the USSR during the Cold War era. The logic was simple. Turkey would not be part of the Soviet sphere of influence. It would allow the American intelligence to operate freely from Turkey to monitor the Soviets. It would host NATO military bases. It would be okay for the nuclear-tipped Jupiter rockets to be deployed in its own soils to deter the Soviets. It would also be okay if the U.S. uninstalls its military equipment on a whim. It would be ready to absorb a possible offense from the Soviets so that the “West” would save some time for its defense, and so on. This way, Turkey was a key part of the Western defense strategy against the USSR. This way, the Black Sea has never been a Soviet lake, the Soviets could not rule the Eastern Mediterranean, and they could not have direct access to the Middle East. In return for this great strategic favor, Turkey would get NATO’s word for its collective defense against any possible Soviet aggression and, further, would receive economic aid and cheap credit from the West.

Nevertheless, this seemingly plausible anti-Soviet alliance was tested multiple times. The opium crisis and Turkey’s military intervention against the Greece-backed junta in Cyprus let to the most memorable crisis between the allies. While the U.S. placed an arms embargo on Turkey from 1975 to 1978, Turkey responded by closing the military bases that were hosting American troops in the country. The crisis did not last long though. As Turkey changed its opium policy in a way to satisfy the American demands, the U.S. ended the embargo and did not push Turkey too hard on the Cyprus matter. Yet, it costed Turkey to diverge from the American orientation with its shrinking economy in the late 1970s. After all, it was and is still costly to annoy a superpower. Annoying the global sheriff led the Turkish economy in the late 1970s to something very much reminiscent of today.

The U.S. will fail to leave a smooth legacy in the Middle East without the support of Turkey. Thus, there’s still time to transform relations from a lose-lose to a win-win situation.

The Turkey-U.S. alliance did not die as did the enemy, that is the Soviets, died in 1991. By the time it became clear that the old enemy was collapsing, the U.S. had already found new enemies. Saddam Hussein’s Iraq in 1990 was about to be the first rogue state of the new world order. As a loyal American ally, Turkey provided assistance to the U.S. for its first Gulf War against Saddam. It was an easy military win but not a final victory with a persistent legacy. It was not the end but a whole new start for Turkey.

With its role in the war, Turkey seemed happy to show its utility as an ally in the post-Cold War era but what it did not know was Iraq would never be a stable neighbor again for the next 17 years until now. The power vacuum in its neighbor was filled by the PKK and Turkey has witnessed years of terror attacks originating from Iraq. For that reason, Turkish policymakers did not welcome the idea of a second Gulf War across its borders in 2003.

The Turkish parliament denied the U.S. permission to use the base in Turkey to store its military equipment before the invasion of Iraq in 2003. This was the most significant turning point and the heaviest crisis between the allies after the opium crisis of the 1970s. The alliance has become a pseudo-alliance since then. The Syrian War was and still is proof of the fact that Turkey is not being treated as a genuine ally by the U.S. Turkey’s refugee problem due to the Syrian Civil War has been disregarded by the U.S. as it rejected Turkey’s calls for joint action. Further, Turkey was left alone when it got really close to a war with Russia after it downed a Russian jet in 2015. By the time Turkey found a formula to get out of the tight corner it got stuck to in the course of the Syrian War, the U.S. had already started to cook a new alliance with Turkey’s long-time adversary, the PKK (its Syrian branch PYD to be precise).

As long as the U.S. does not change its policies regarding the PYD and FETO, Turkey will see its alliance with the U.S. as no more than a pseudo-alliance no matter how much it hurts the Turkish economy.

Further, the U.S. is also hosting the FETO (Fethullahist Terror Organization) network on American soil. FETO is the organization that carried out the coup attempt of June 15, 2016. These two issues are direct threats to Turkey’s very basic national security and far more significant than the following crises whether it be last year’s visa crisis or today’s Brunson crisis. It seems like as long as the U.S. does not change its policies regarding the PYD and FETO, Turkey will see its alliance with the U.S. as no more than a pseudo-alliance no matter how much it hurts the Turkish economy. This may not sound as a big problem for a superpower like the U.S. Nevertheless, it should also see that it can win wars in Iraq or Syria but cannot leave a smooth legacy without Turkey.

The bilateral relations can still change course from a lose-lose scenario to a win-win one. Perhaps American policymakers no longer need Turkey to contain Russian expansion for now, but it will not help the U.S. to alienate Turkey and push it to the revisionist camp of the American hegemony. I still think the U.S. is not blind to lose Turkey altogether and will flex its muscles in its dealing with Turkey. If it does not, Turkey has its own instruments. It cannot hurt the USD by threats on Twitter, but Turkey is a growing country in its capabilities, population, and significance on the world scale.

As the financial pressure increases over Turkey, it will search for an exit, which may lead to an increasing financial linkage to China, which I believe will not please American interests. As Turkey will try to overcome the current financial risks with domestic structural reforms and a quest for new international economic partners, it is still not too late to resurrect the pseudo-alliance. Some easier solutions on the Brunson or Halkbank matters based on mutual respect can spill over toward something better and bigger.