How to Understand the Dynamics Behind Turkey's Election Results

In the upcoming days and perhaps weeks there are going to be discussions on why certain goals were achieved in some provinces and why expected success was not delivered in others. This goes for both the People’s Alliance and Nation Alliance. 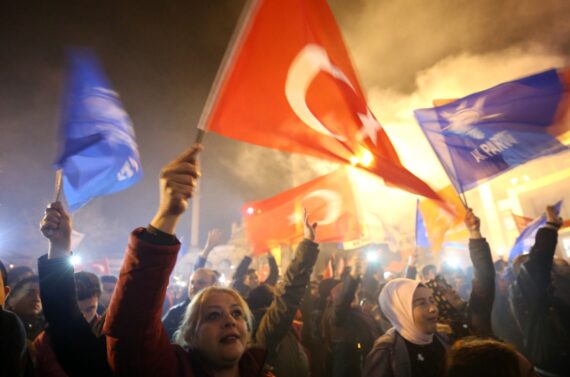 Last Sunday, more than 47 million Turkish voters went to the ballots for Turkey’s local elections in order to elect their new mayors, city council members, and “mukhtars” (neighborhood officials), who will serve until 2024. There will not be any parliamentary, presidential, or local elections for the next 4 years. Interestingly, the last time that there was a long gap between subsequent elections was between June 2011 and March 2014. Since then, elections were held in March and August 2014, June and November 2015, April 2017, June 2018, and finally, recent elections were held on 31 March, 2018.

It can be estimated that in the upcoming days and even weeks there are going to be many discussions on why certain goals were achieved in some provinces and why expected success was not delivered in others. This goes for both the People’s Alliance and Nation Alliance. There will be much material for long discussions due to the fact that the results, for example, of Istanbul, are still very controversial.

However, despite these issues, some important points have to be emphasized, which are needed in order to understand the complexity of Turkish politics. As I often try to state, it’s not that easy to get a clear picture of the complicated dynamics of Turkish democracy, which has been developing its own tradition not just from 1921 or 1923, but even before that since 1908 (or even 1876), when the parliamentary tradition had been introduced in Turkey. Since then, Turks have gradually (with some interruptions in between) developed their entrenched understanding of democracy and their electoral experiences that cannot be reduced to inadequate analyses by contemporary foreign observers and Western journalists who lack expertise.

In order to somewhat understand the preferences of Turkish voters, one might compare some recent developments that have perhaps “surprised” many Western observers with strong prejudices and lack of knowledge regarding the country’s democratic dynamics.

First, Turkey’s President and the AK Party’s chairman Recep Tayyip Erdogan, who made efforts for his party to gain success in the recent local elections, stated on Sunday evening that “politics that lacks people will lead to fascism, dictatorship and oppression in the end.” This stance symbolizes quite a normal issue in Turkey, according to which every legal political party or movement has the chance to win elections by democratic means. But foreign media might be surprised due to previous manipulated broadcasting reflexes. Turkey is, despite its different kinds of discourses, an entrenched democracy where the ballot box is the only means that is respected by all citizens. Therefore, once again, one will note that the accusations of “authoritarianism” in the country have been proved false. That’s the only reason why all Turkish citizens – whether secularists, Kemalists, nationalists, or conservatives – will accept the factual results of the elections. There is no other option in the light of Turkey’s democratic tradition.

President Erdogan: “politics that lacks people will lead to fascism, dictatorship and oppression in the end”

The second issue is the mis-perception of people who are generally demonized by Western media as pro-government or being close to government circles, while disregarding all other “secular and Kemalist” circles. But if we just look at many Turkish journalists, who’re allegedly opponents or at the best, “natural,” media representatives, one clearly notices that most of them supported the CHP and HDP candidates across Turkey – without any criticism and so on. To see this, one only needs to read a couple of columns or social media threads.

A very obvious example of this is the recent case of journalist Erdem Gul, who was elected as CHP’s mayor of Istanbul Adalar municipality. Gul was a journalist who was, and currently is, promoted by Western media outlets as an alleged symbol of critical, free, and independent press. However, similar to the former Editor-in-Chief of the secular Hurriyet newspaper, Enis Berberoglu, who became a CHP MP, most of the journalists who are critical of the AK Party are sympathetic towards the CHP – a left-nationalist party, which is not even able to change its current chairman despite several election losses.

The third issue is about the CHP’s Ankara and Istanbul candidates, who are trying to distance themselves from the party’s original perception. It’s not a secret that CHP’s Ankara candidate has roots in MHP circles and that the CHP was not able to nominate an original candidate from the party’s own cadres. More, it was an interesting election step by the Kurdish-nationalist HDP not to nominate a leftist or Kurdish-nationalist candidate both in Ankara, Istanbul or Izmir. That is to say, the HDP provided direct support to a Turkish nationalist, namely Mansur Yavas.

Understanding the dynamics in Turkish political life is not that easy. It might be difficult for Western observers to understand why the AK Party gained the southeastern Turkish city of Sirnak, where the HDP usually receives high support. Sirnak rejected the PKK’s (and the HDP’s) calls and elected the AK Party’s candidate. A final example might be stressing the case of Tunceli, where neither the CHP nor the HDP were able to win the elections. The Communist Party of Turkey’s candidate became the new mayor of Tunceli. More interestingly, the Kurdish and Alevi dominated city of Tunceli neighbors the city of Elazig, where the nationalist MHP won the elections. This interesting picture shows how difficult it is to elaborate on Turkey’s political structures and depicts the rich potential of its democracy.

Another fundamental point, which is quite alien to foreign observers, might be the traditional and nearly “fanatic” voting behavior in traditional CHP “castles” such as Izmir, Bakirkoy, Besiktas, Kadikoy, and Sisli in Istanbul, or Cankaya in Ankara. In all these well-educated and wealthy districts, which are highly populated, most secular-Kemalist voters do not vote according to the profile of the candidate, his or her previous achievements, or the quality of service. The main thing that matters among these “radical” voters is, on the one hand, voting for the CHP’s candidate (regardless of who the candidate is) and on the other, the obvious anti-Erdogan stance in general. If one compares this radical tradition with AK Party dominated districts, it can be seen that supporters of Erdogan are more oriented on the quality of service of the candidates.

We will continue to analyze the elections by focusing on the final concrete results and future projections.