How Turkey Became the Largest Country Invested by the EBRD

Predominance of bank-based financing, by its short-term nature, creates fragility both in the infrastructure sector and in the Turkish economy in general. 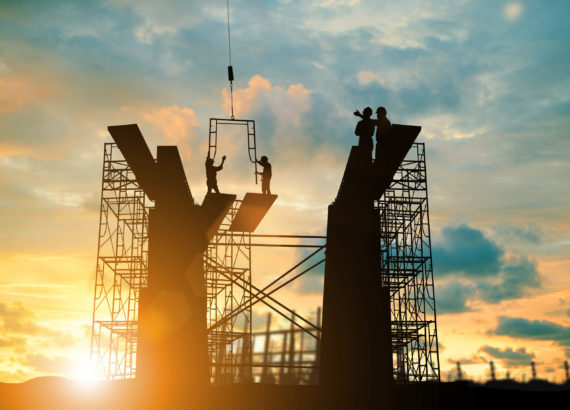 How did Turkey become the largest country in terms of investments funded by the EBRD (European Bank for Reconstruction and Development) in 2016? And how has this occurred just seven years after the first investment made in Turkey in 2009? Reflecting on this question will give us the opportunity to understand how the Turkish economy managed to remain resilient and how it continued to grow in recent years despite unwelcoming international economic and financial conditions together with various domestic political events that shook the country through the last four years.

Related numbers show us the continuous increase over five consecutive years in the annual number of projects funded by the EBRD through 2011 to 2016 with a slight fall in annual investments in 2013. It should be noted that the EBRD works on projects which meet a strict set of criteria. As we know, the main focuses in investments of the EBRD in Turkey are improving the quality of infrastructure with the participation of the private sector and increasing energy efficiency.

Turkey has become the largest EBRD country invested in as it is widely viewed as a promising economic potential, which is likely to be attained given the necessary conditions. The fact that Turkey is one of the most preferred countries to invest for the EBRD indicates the fact that this potential has been recognized. A total of 240 projects on areas such as energy, infrastructure, agribusiness, commerce and industry, which accounts for 9,530-million-euro cumulative investment, have been funded in Turkey by the EBRD. The important point here is that the 97% share of this portfolio consists of funds directed to the private sector, which means that these investments make a significant contribution to ensure a sustainable economic growth. In other words, Turkey has been successful in setting a sustainable ground for its economic growth. Furthermore, EBRD is not the only international institution that recognizes Turkey’s potential. Other international institutions such as the World Bank, International Finance Corporation and international investment funds also realize high volume of investments in Turkey.

According to 2015 data, 14% of global GDP was spent on infrastructure development on a global scale. While the average global annual spending is more than 4 trillion USD, this amount is expected to reach 9 trillion USD in the next decade. The main driver of recovery and development of infrastructure investments in the aftermath of the global financial crisis is and will continue to be emerging markets, which have increasing infrastructure requirements due to growing GDP and rising populations. In parallel, the investment to GDP ratio in Turkey has projected to increase the rate of public sector fixed capital investments to 4.8% of GDP, while increasing the rate of private investment to 19.3% of GDP in 2018 in the 10th Development Plan, which is not so surprising. As a developing country, Turkey has a great need to invest in infrastructure projects. Around 70 per cent of Turkey’s population lives in urban centers. For a recently urbanized country, this percentage of urban population means an increasing need for infrastructure in order to ensure social welfare and stability. Considering the delay in improving urban infrastructure due to unstable economic conditions and limited financial opportunities in past decades, it is hard to turn a blind eye to Turkey’s need to develop its urban infrastructure. As a matter of fact, that need is beyond the municipal sector. There is also need for the improvement of national infrastructure such as development of motorways, ports, regional airports, hospitals, railways, power plants and other areas. In that regard, Turkey has set an ambitious agenda of large scale infrastructure projects in the fields of energy, transportation, health and education.

Turkey needs further improvement in investment both in terms of quality and quantity in order to maintain a strong GDP and employment growth. As a prominent emerging market economy, it takes the lead in the global Capital Projects and Infrastructure Investments (CP&I). Due to its geostrategic location, Turkey links three continents with a GDP of 25 trillion US$ and a population around 1.5 billion people. Turkey has a considerable potential in promoting economic activity throughout these regions and has been realizing improvements in its infrastructure industry during the last decade to perform such a role. In this regard, Turkey has been heavily investing in infrastructure projects which have the potential to strengthen the country’s position as a global transport hub. Turkey has been able to increase its infrastructure investments as a consequence of FDI and portfolio investments that showed a significant rise thanks to the confidence provided by the EU membership process and political reforms. The amount of investment made on transport and communications infrastructure projects reached 86.3 billion US$ from 2003 to 2016. These projects include bridges, divided highways, freeways, tunnels, railways, airports and many other undertakings. In the last few years, the launching and completion of large scale transportation projects reflect Turkey’s dedication in providing the necessary infrastructure to reach its potential. This also shows how the Turkish economy managed to remain resilient in the last years and continued to grow with support of public expenditure that stimulated economic activity.

Besides transportation, Turkey also needs to invest in the energy sector. Limited availability of primary energy sources and growing demand for energy imports create a significant room in improving energy efficiency. As the liberalization process and capacity increase has been partially completed, localization and diversification of energy supply will have to remain a priority in coming years. Replacement of gas fired power plants with coal fired power plants and the development of solar and wind power plants will contribute to meet energy demands and will narrow the current account deficit of the Turkish economy.  Furthermore, extension of the fiber optic network, establishment of data centers, education and healthcare campus PPP projects, natural gas pipelines and water treatment and sewage systems are other areas that Turkey aims to invest. In the light of its 2023 vision, Turkey has projected investments that amount to nearly 325 billion US$ in various sectors.

Turkey is one of the countries that efficiently utilize the Public Private Partnership (PPP) in infrastructure projects. Mobilizing private sector resources into the infrastructure field is an essential factor to sustain these investments. The data relevant to Private Participation in Infrastructure (PPI) of the World Bank indicates that together with India and Brazil, Turkey has accounted for 58% of total investments in emerging markets and developing economies (EMDEs) from 2011 to 2015. Active use of new privatization models in the energy sector and PPP in projects such as the Eurasia Tunnel, Gebze-İzmir Highway Project, Northern Marmara Highway (including the third Bosphorus Bridge) and Istanbul Grand Airport exemplify this success.

The problem here is that the financial burden of these investments is carried mostly by local commercial banks and partially by international financial institutions. Predominance of bank-based financing, by its short-term nature, creates fragility both in the infrastructure sector and in the Turkish economy in general. Capital markets remain an undiscovered potential which ensure sufficient financial flow to meet the significant amount of funds required for planned infrastructure projects. Besides further capital market solutions such as equity financing alternatives and refinancing, the introduction of additional international infrastructure funds and support to be provided by the Turkish Wealth Fund will contribute to the realization of infrastructure projects in a sustainable framework.

Another important point that Turkey should begin to consider is the Quality Infrastructure of which the importance increases day-by-day. A full integration into principles of this framework will give Turkey the capability to align infrastructure investments with a long term economic development strategy in a manner that improves the flow of services, builds local capacity, generates job creation and creates energy efficiency. With a decreased environmental and social impact and increased efficiency and safety, quality infrastructure would make economic growth in Turkey more sustainable, which is the ultimate goal and will help lower possible social tensions, which is essential for political stability. These two factors, if reached and maintained, would be the pillars that strengthen Turkey’s position in attracting more financial flow through the Turkish Sovereign Wealth Fund in a longer tenor and more accommodative conditions from international investment institutions.

InfrastructureTurkeyEBRDEuropean Bank for Reconstruction and Development 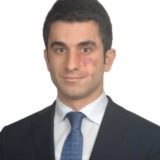 Burak Yılmaz obtained his BA in Political Science from Galatasaray University in 2014 and is currently pursuing his MA in International Relations: Turkey, Europe and the Middle East at Bogazici University. Yılmaz works as a Strategic Planning Specialist for a private bank in Turkey.