Over the past week, the Turkish Armed Forces neutralized two senior PKK commanders and took diplomatic steps for a decisive solution to the country’s war on terror. 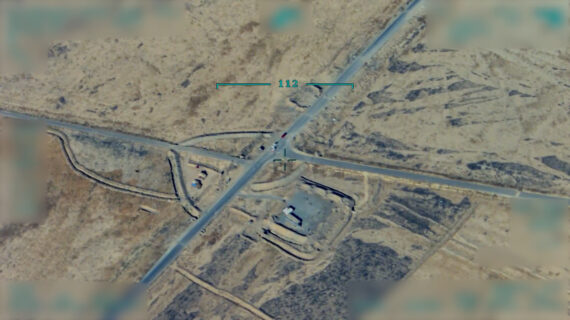 A screengrab captured from a video on August 15, 2018 shows a joint operation by Turkish Armed Forces and MIT against a senior PKK/KCK figure in Sinjar province, Ismail Ozden, codenamed Mam Zeki Sengali, in Sinjar, Iraq on August 15, 2018. Anadolu Agency

Turkey’s long war against PKK terrorism is becoming increasingly decisive and effective. Just over the past week, three events took place that reflected the decisiveness and effectiveness of Turkey’s current counterterrorism strategy. The Turkish Armed Forces neutralized two senior PKK commanders in the past week and took new diplomatic steps for a decisive solution to the country’s ongoing problem. Due to the current standoff between Turkey and the U.S., these developments may not have caught much attention. Here’s what you may have missed on the PKK front:

First, Ibrahim Coban (codename Atakan Mahir, the PKK’s top commander in Turkey) was killed on 11 August in the countryside of Tunceli based on ground intelligence. The availability of ground intelligence reflects the fact that the PKK is finding it difficult to find safe corners in the rough terrain of Tunceli, which used to be a somewhat safe space for the terrorist group. Coban was responsible for a series of terror attacks in Turkey, starting from the murder of six teachers in 1994 (the PKK systematically perceive school teachers as government agents or spies and has murdered over 100 teachers so far in its terror campaign). Once Coban was located with the help of ground intelligence, he was eliminated together with four other militants in an air operation of Turkish jets.

A second big hit was the killing of Ismail Ozden (codename Mam Zeki Sengali), another senior PKK figure, who was in charge of PKK militants in Sincar, Iraq. Ozden was not only responsible for the PKK’s activities in Sincar but was also a member of the PKK’s central executive council. His truck was traced with Turkish unmanned aerial vehicles (UAVs) on 15 August and was hit in a joint operation of Turkish UAVs and jets (you can watch the operation video here). Such an operation is not possible with enhanced military capacity alone, but also requires the inclusion of ground intelligence and diplomatic cooperation with Iraq. This brings us to the third important event that has occurred this week. Iraqi PM Haider al-Abadi visited Turkey on 14 August and met with President Erdogan. The PKK issue was on the table and the hit in Sincar on the following day shows that the Iraqi government respects Turkey’s concern for its self-defense and does not problematize sharing intelligence.

In the midst of a serious diplomatic and economic turmoil with the U.S., the series of events that have occurred this week go to reflect Turkey’s enhanced counterterrorism capacity. We can speak of two reasons for this high level of commitment and capacity to end the PKK’s separatist terrorism campaign. One is about Turkey’s motivation. Due to the fact that the PKK ended the previous ceasefire with Ankara in the summer of 2015, and further abused the ceasefire process (2013-2015) to build upon its terror wave, the Turkish government now thinks that a military solution is the only way to terminate PKK terrorism.

The second reason for this high level of commitment is not just about Turkey’s motivations, perceptions, or intentions, but about its increasing counterterrorism capacity from a military point of view. While minimizing losses, the strengthened military outposts (kalekol) and the increasing number and capabilities of Turkey’s self-produced UAVs are helping Turkey hit terrorist locations much more effectively and precisely. Hence, in a nutshell, for motivational reasons, Turkey WANTS to fight the PKK more than before and due to factors regarding capability, Turkey CAN pursue this fight much stronger than before.

Since the PKK has no safe haven in Turkey – not even a single village – Turkey’s war against separatist terrorism focuses on the PKK’s safe havens in Syria and Iraq. The group is being dismantled from areas under its control in Iraq and Syria. Afrin in Syria was a start. Turkey cleared the area from the PKK with a military incursion (for my earlier remarks on the Afrin operation, see here and here). Next in Syria is Manbij, where Turkey is currently withholding its military muscles due to the existence of U.S. troops in the area. Turkey is committed to sweep the PYD (the PKK’s Syrian branch) forces from Manbij the moment that it finds an opportunity, although this could be postponed due to the support and protection provided by the U.S. to the PKK in Syria.

If the U.S. stops supporting the PKK in Syria, Turkey will also not hesitate to end the PKK’s training camps (which not only includes military training camps but an entire schooling system based on PKK leader Abdullah Ocalan’s personality cult and teachings), arms depots, and recruitment centers in Syria. If circumstances allow, Turkey will apply the Afrin experience to Manbij and then to the east of the Euphrates, where it will eliminate the PKK’s network and enable the provision of public services, from health to education, based on its own terms and not on the PKK’s. This is the only way to stop the PKK from using local schools as terrorism factories under the disguise of PYD or SDF labels.

A parallel operation zone is Iraq, where the PKK’s headquarters are located. Turkey shows no hesitation in cleaning the country from the PKK’s safe havens. Ankara has already cleared some PKK-controlled lands across its border in Iraq, is currently digging its way towards the Qandil region, and is seeking international cooperation with Iran and Iraq in order to reach its objective (for my earlier notes on the operations in Iraq, see here and here). Hence, readers should expect further news on Turkey’s front against the PKK’s decades-long terrorism campaign.