The Turkish economy showed the glimpses of its resilience in the aftermath of the failed coup attempt, such that the economy and financial system have worked very well without any instability; as if nothing major took place just a matter of days earlier. 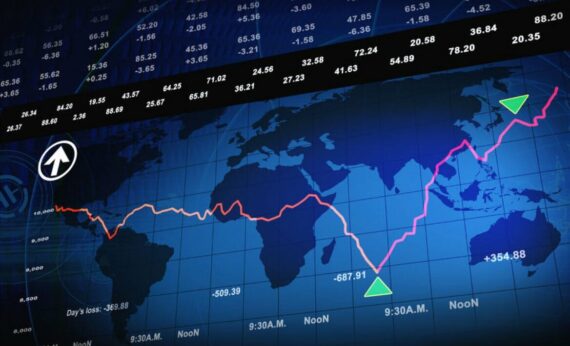 Turkey has lived through the biggest trauma in its recent history, as the members of the Fetullah Gülen Terror Organization (FETO) attempted a coup d’état on July 15, 2016. However, the heroic people of Turkey managed to quell this sordid attempt by literally standing unarmed against flying bullets and tank shells. Together with the people were the police, loyal soldiers and politicians, first and foremost being the president Recep Tayyip Erdoğan. As a country which has just survived a coup attempt, Turkey has astonished many with its political resilience. While systematically neutralizing coup plotters in multiple governmental organizations, such as the military, judiciary, bureaucracy, health and education sectors, which had been infiltrated by the FETO, the government preserved its functionality and managed to perform as normal.

In the same vein, to the astonishment of many, the Turkish economy showed great resilience in the aftermath of the failed coup attempt. Even in the first working day after the coup attempt, there was no panic in the financial markets. The Turkish lira only marginally lost its value against the US dollar and there was no rush on banks or bonds. In fact, the effect of the coup attempt on the financial markets was barely discernable. The Turkish democracy and economy have survived major setbacks in recent years and proved their resilience, the true extent of which has been understood more clearly in the light of the failed coup attempt.

It was absolutely vital to take necessary steps and give relevant messages to soothe the financial markets at such a critical time. The policymakers managed this process well in a calm and professional manner. The statements were to the point and the policy actions met the needs of the financial markets. In this vein, Turkish Deputy Prime Minister Mehmet Şimşek underlined that the policymakers were implementing best practices and Turkey was committed to the market economy. Şimşek also assured that capital controls were out of the question. Moreover, The Central Bank of the Republic of Turkey took immediate actions to ensure the efficient functioning of the banking sector and to relieve financial investors.

In addition to these statements and policy actions, a well-functioning financial system, strong public finances, a dynamic real sector and a moderate current account deficit helped the Turkish economy to stay afloat against the failed coup attempt.

After having endured financial troubles and two major financial crisis in 1994 and 2001, Turkey finally set out to establish financial infrastructure via several regulations and supervisory institutions such as Banking Regulation and Supervision Agency and Savings Deposit Insurance Fund. Having learnt the lesson from the financial troubles suffered, the Turkish financial system has become much more resilient than that of most countries in the world. That is why the Turkish financial industry stayed totally intact in the aftermath of the 2008-09 global financial crisis as financial industries around the world experienced hard times and even faced numerous bankruptcies, such as Lehman Brothers, as well as bail-outs, such as massive insurance company AIG. When we take a look at the important indicators of banking sector, such as credit growth, capital adequacy ratio, the non-performing loans ratio, return on assets and return on equity, it is clearly seen that the Turkish banking sector is not only financially robust, but also highly profitable compared to that of many countries and as far as historical records are concerned.

Public finance is also strong in Turkey. As of 2015, public debt as a share of GDP stood at only 33 percent in Turkey, while it is 249 percent for Japan, 178 percent for Greece, 104 percent for the US and 90 percent for the EU. While the interest burden was very high in the 1990s, as real interest rate of total domestic debt stock was more than 30 percent, it diminished tremendously as real interest rate plummeted to single digit levels in the 2000s. Moreover, Turkey has wiped off all debt owed to the IMF by paying the last installment of 421 million US dollars in 2013, which marked the end of the 52 year debt history with the IMF.

The Turkish economy showed the glimpses of its resilience in the aftermath of the failed coup attempt, such that the economy and financial system have worked very well without any instability; as if nothing major took place just a matter of days earlier. The Turkish economy survived serious challenges and actually fared markedly better than that of numerous countries, especially in Europe, in the last few years. It now faces a bigger challenge. However, Turkey, with its strong and healthy economy and financial system, has the required strength and resolution to overcome this challenge too, as the immediate aftermath of the failed coup attempt has attested.

Note: A longer version of this article was recently published by SETA Foundation with the title, “The Resilience of the Turkish Economy after the Failed Coup Attempt”