Abu Thurayyah is one of the thousands of Palestinians who became victim to Israeli bombings and bullets. With Abu Thurayyah no more, in the God-forsaken country, his family is on its own. 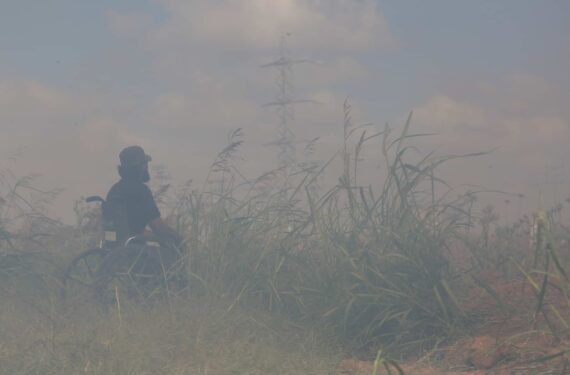 It took a decade for Ibrahim Abu Thuraya to acquire his complete martyrdom. On Friday when the 29-year-old joined thousands of Palestinians to protest the US declaration of Jerusalem as Israeli capital, he became one among the four Palestinians to be shot by the Israeli military.

But that was not to make him comply. Ever since, Thuraya, with his half body and full determination, had attended every protest against Israeli killings and bombings, making him the staple figure during protests along the Gaza-Israel border. This time when Israel snatched the last hope from Palestinians – Jerusalem, which forms the jugular vein of a future Palestinian state, the first Qibla and third holy site for Muslims – Thuraya was brimming with anger.

Due to being bound to a wheelchair, Thurayyah was not able to find regular work for the past decade, but his determination for a Palestinian nation never receded. So Abu Thurayyah filmed a message to the Israeli army two days before he was shot in the head by an Israeli sniper.

“I am passing a message to the Zionist occupation army,” he said.

“This land is our land. We are not going to give up. America has to withdraw the declaration it made.”

Videos show thousands of people attending his funeral processions. While his killing may seem unlikely, it is nothing unusual. Israeli soldiers in the past have committed even graver crimes killing children, and women in cold blood. The weapons that Israel has been using to kill Palestinians range from major bombs to snippers, bullets to rubber bullets.

In April 2008 while sitting with friends in al-Bureij refugee camp in central Gaza, he was hit by the Israeli air raid in which he lost his legs and kidney. Seven people were killed in the attack.

He was part of an 11-member family – two ailing parents, six sisters and three brothers – of which he was the only breadwinner.

Before losing his legs he worked as a fisherman. However, to continue supporting his family he started washing cars to earn 14 to 20 dollars a day.

Abu Thurayyah is one of the thousands of Palestinians who became victim to Israeli bombings and bullets. With Abu Thurayyah no more, in the God-forsaken country, his family is on its own.