In its latest World Economic Outlook – released before the annual conference of the IMF and World Bank, the IMF predicted Turkey to grow by 5.1 percent in 2017, up by 2.6 percentage points compared to a previous forecast of 2.5 percent. 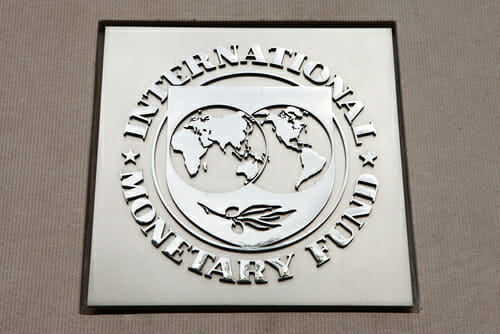 In a report released on Tuesday, The International Monetary Fund (IMF) has upgraded its 2017 growth forecast for Turkey by 2.6 percentage points.

In its latest World Economic Outlook – released before the annual conference of the IMF and World Bank, the IMF predicted Turkey to grow by 5.1 percent in 2017, up by 2.6 percentage points compared to a previous forecast of 2.5 percent.

In addition, according to the report, growth in Turkey is predicted to increase to 3.5 percent in 2018.

Turkey has already recorded a significant growth in 2017, making it the third fastest growing economy within G20 countries.

In relation to this growth, an IMF official stated that this was “the main reason for the upward revision” in Turkey’s growth forecasts.

Speaking at a news conference in Washington, which unveiled the IMF’s World Economic Outlook report, Deputy Research Director Gian Maria Milesi-Ferreti claimed that the Turkish economy “had already achieved pretty high growth for 2017 just with the level of output that it has reached at the end of the second quarter.”

When taken into consideration with aspects including regional security, the growth forecasts by the IMF can be interpreted as an achievement on behalf of the Turkish government.

Further to the growth forecasts by the IMF, on Wednesday the Central Bank announced that Turkey’s current account deficit reached $1.23 billion in August 2017, down by almost $171 million year-on-year.

“The current account deficit recorded $1.237 million, indicating a decrease of $171 million compared to August of the previous year, bringing the 12-month rolling deficit to $36,972 million,” the banks stated.

It was further stated that the decrease in the current account had been derived from an increase of $637 million in the services surplus that recorded a net inflow of $3.51 million in August.