Impunity for Hate Rising in Europe

In these times of immense hate and violent propaganda, a strong application of law is indispensable. If we fail to recognize this and act accordingly with strong protective laws, we risk giving birth to deadly symptoms of immunity, to hatred and acceptance of intolerance. 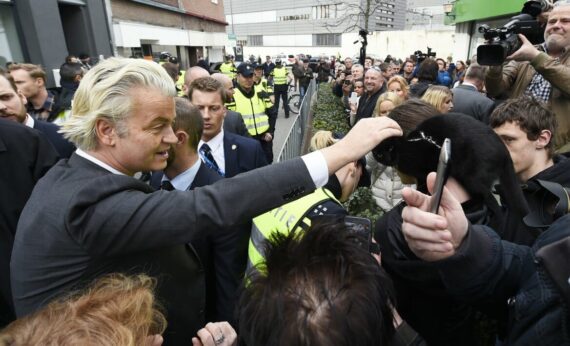 After 14 years, on January 17th, 2017, the second attempt to ban the National Democratic Party for Germany (NPD) was to be decided by the German Constitutional Court (BVerfG). The federal council (Bundesrat) made the request to ban the NPD in 2013. Since the foundation of the BVerfG in 1951, Germany only banned two political parties: in 1952 the Socialist Reich Party (SRP) and the Communist Party of Germany (KPD) in 1956. But just as the first NPD-ruling in 2003, the BVerfG again decided not to apply the sharpest tool of “militant democracy,” grounded in article 21 (2) of the German Constitution.

In 2003, the party ban procedure failed because of the infiltration of too many agents provocateurs within the NPD. NPD’s recent “victory” could be summed up as “legitimation because of irrelevance.” With reference to the European Courts of Human Rights, the BVerfG denied the party ban in 2017, due to the fact that the NPD does not play any de facto role in the current political German landscape. In reaction to this decision, legislative efforts to reform article 21 are currently being reviewed. Again the federal council recommends the prohibition of governmental economic support for parties that are enemies of the constitution, like the NPD, as a consolation.

Within this current political climate, the BVerfG failed to send a strong message against advocates of racism, hate and even criminal activities. The link between the neo-Nazi terrorist organization Nationalsozialistischer Untergrund (NSU), who killed 8 people of Turkish, 1 of Greek origin as well as a police officer between 2000 and 2007, and the NPD can be traced far back. Two main members of the NSU – Beate Tzschäpe whose trial still continues, and Uwe Mundlos, alleged to have committed suicide in 2011 – publicly participated in in several NPD events. One of Germany’s most prominent criminologists Prof. Christian Pfeiffer remarks that the NPD “has promoted violence. She was not an observer or sympathizer, but an actor. She provided the NSU with the basis, so that they could commit their murders.”

Furthermore on February 9 2017, a politician of the NPD, Maik Schneider, was sentenced for 8 years in prison for burning down a sports hall which was planned to serve as a refugee shelter. And it is not quite correct to claim that the NPD is a completely irrelevant actor, as Udo Voigt, the very prominent former chairperson of the NPD, has been a member of the European Parliament in Strasburg since 2014. But what role does the right wing play in current German politics? At this year’s parliamentary elections in September, Germany will face one of the most heated election campaigns it has seen in the last few decades.

Former president of the European parliament and Chancellor candidate of the social democrats, Martin Schulz, remarked that the NPD and AfD are based on the same ideological ground. The AfD – one reason why the NPD lost its political power – seems to use the idea to cooperate and ally with racist soul-mates, and thus organized a summit of the new right of Europe. The conference “Freedom for Europe” brought the most prominent politicians of the new right – Geert Wilders, Marine Le Pen and Frauke Petry – together in the city of Koblenz. According to this summit, 2017 will be the “year of liberation” and the end of the old, as well as the birth of the new world.

What this new world could look like can be seen in many different places: Austria’s young Minister of Integration, Sebastian Kurz, proposed to include in the integration law a head scarf ban for public servants. At the same time, it was decided that crosses shall remain on the walls of public buildings as a sign of Austria’s deep historical Christian roots. More than 2,000 people marched against this proposal. Austria seems to have also discovered the now-popular and symbolic legislation of the burqa ban (even though almost no woman in Europe wears one)—which is supposed to carry the added severity of criminalization, as it does in France.

The current, most prominent Dutch politician Geert Wilders officially started his election campaign with several polarizing messages: the Islamic ideology is more dangerous than National Socialism, mosques are Nazi temples, and the Qur’an is similar to Adolf Hitler’s Mein Kampf. Headscarves are a sign that the Netherlands have to be “conquered back,” rhetoric that resembles the Reconquista in which numerous Muslims were expelled and murdered in Spain until it ended in 1492. Like Angela Merkel in Germany, the current Dutch Prime Minister Mark Rutte was pushed to switch his rhetoric to the right as he published “A Letter to the Dutch,” in which he calls on immigrants to behave normally or leave the Netherlands.

While all of these are disturbing, a more tragic event occurred in Canada. Just after Prime Minister Justin Trudeau announced that immigrants who can’t enter the United States are welcomed in Canada, a terrorist attack was carried out in a mosque in Quebec, which killed 6 Muslim worshippers. But the reactions were little to nothing. The existing double standard can be seen by calling the terrorist shooter a “lone wolf” as did Canadian Public Safety Minister Ralph Goodale.

Islamophobia seems to be on the rise in the United States as well. According to the Southern Poverty Law Center the number of anti-Muslim groups in the US increased from 34 to 101 between 2015 and 2016.

As mentioned many times before, the current situation in Germany is far from being positive: in 2016 alone, 91 reported attacks on mosques were registered. Statistics show that in the same year, the extremist right increased their attacks, as well. According to Özlem Nas, a representative of the Schura Hamburg, a fusion of mosque associations, veil-wearing Muslim women prefer to avoid the use of public transportation due to harassment at the hands of others, even when these women are living in religious and ethnically diverse German metropolises. Even German sports seem to be politicized. Änis Ben Hatira, former player of Darmstadt 98, known for a regular presence in charity events with various organizations, was expelled by his club, due to a linkage to an NGO called “Ansaar Foundation.”

The player had sponsored efforts to build a fountain in Ghana, which pushed the fans and authorities of Darmstadt 98 beyond the limits of tolerance. The president of the Turkish club Gaziantepsor welcomed Ben Hatira and offered him a contract. It was not the first time that a Muslim player was in the middle of a controversy in Germany. Mesut Özil, German national player with Turkish roots, was criticized for making an Islamic prayer before an international match for the German national team instead of singing the national anthem.

There is no doubt that 2017 will be a crucial year for Muslims in Western countries. Recently, the German public intellectual Richard David Precht mentioned the immense changes that occurred within the last months, saying that a pluralistic civil society – which have been emerging since the 18th century – will most probably come to an end. According to him even a civil war seems not to be unrealistic. Prof. Paul Nolte, historian at the Free University of Berlin, makes similar alarming statements, saying that parallels to Germany’s 1920s and ‘30s are on the rise.

Within this framework, the function of law as a tool to keep social order must be recognized. And, in these times of immense hate and violent propaganda, a strong application of law is indispensable. If we fail to recognize this and act accordingly with strong protective laws, we risk giving birth to deadly symptoms of immunity, to hatred and acceptance of intolerance.