A close engagement by India with the United States is crucial in keeping the belief front and center that India-US relations are too important to be harmed simply to spite Russia. 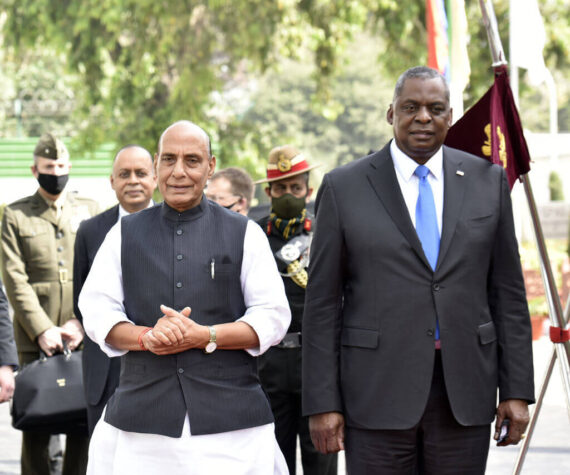 The U.S. Secretary of Defense Lloyd Austin, visiting India last month, predictably raised the issue of India’s purchase of the Russian S-400 system with his interlocuters. The question of secondary sanctions under Countering America’s Adversaries Through Sanctions Act (CAATSA), he clarified, was not discussed since the system has not yet been delivered. Clearly, the U.S. would like to cross this bridge when it comes to it. Moreover, this may be one bridge that the U.S. would rather not come to. Nevertheless, it appears inevitable that this potentially disruptive issue between India and the U.S. would soon need to be addressed, and hopefully, finessed.

The dilemma before the U.S. decision-makers is understandable. On the one hand, the U.S.-Russia relationship is deteriorating by the day and the CAATSA legislation provides a convenient handle to squeeze Russia, in this case by restricting its defense sales. On the other hand, India-U.S. relations, impelled by bipartisan support, have been on a steady upward graph over the last two decades.

The hesitancy and the discord of the Cold War years have been replaced with growing strategic convergences, particularly as regards perceptions of an increasingly aggressive China. The U.S. recognizes the value of a democratic India as a strategic and economic partner and an important global voice. Trade, despite hiccups during the Trump years, stands at US$150 billion and growing cooperation covers areas like space, health, energy, and education. A four million strong Indian diaspora is today a growing political constituency, as evident by their high-profile presence in the Biden administration.

Defense and security aspects of the India-U.S. relationship have seen unprecedented development. In 2016, India was designated a “Major Defense Partner of the U.S.” followed in 2018 by the grant of Strategic Trade Authorisation-1 (STA-1) status enabling export of sensitive and dual use technologies to India.

India and the U.S. have signed several foundational agreements to enable greater interoperability between security forces and exchange of data: the Logistics Exchange Memorandum of Agreement (LEMOA), the Communications Compatibility and Security Agreement (COMCASA), the Basic Exchange and Cooperation Agreement (BECA) as well as the Industrial Security Annex.

Even as India-U.S. defense trade has grown, India’s historical defense dependence on Russia is no secret.

Substantive purchases of transport and patrol aircraft (C-130J, C-17 and P-8i) and transport and attack helicopters (Chinooks, Apaches, Seahawks) have brought the defense trade to an impressive US$20 billion in the last fifteen years. Major joint exercises, including with Japan, are held regularly and have steadily deepened in complexity; Australia joined the Malabar exercises late last year to reflect a deepening of the Quad. 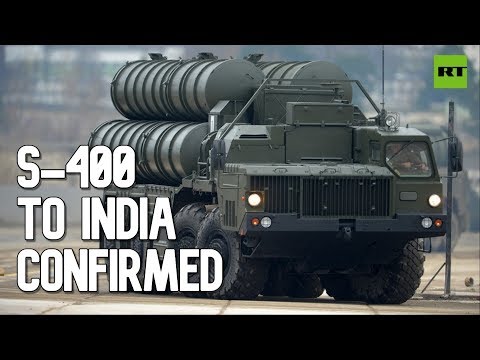 VIDEO: Russia reaffirms delivery of S-400 missiles to India in 2021

Even as India-U.S. defense trade has grown, India’s historical defense dependence on Russia is no secret. During the Cold War years, the Soviet Union is estimated to have given India weaponry worth US$35 billion at concessional prices to enable it to counter substantial security threats from Pakistan and China.Russia has not hesitated in sharing sensitive technologies with India and has also moved beyond the buyer-seller paradigm: joint research and production of the BrahMos cruise missile, the Sukhoi Su-30MKI aircraft, and the T-90 tank are examples.

In recent years, besides the S-400 agreement, there have been fresh agreements for supply and production of frigates, fighter aircraft, and assault rifles. The defense relationship, marked by legacy as well as deep trust, remains at the heart of India-Russia relations. Nevertheless, and this is a point of importance in the sanctions debate, India has diversified its arms import sources with Russia’s share down from 70% during 2010-14 to 58% during 2014-18 (SIPRI figures) with the resultant benefit going to the U.S. and Israel.

India’s decision to go for the S-400 is embedded in this long-standing relationship. It is further based on strong cost and capability considerations, while negotiations were well underway before the emergence of CAATSA. Any reversal of this decision under threat of sanctions is hardly a reasonable expectation, particularly when India is not keen to do anything that could increase Russia’s warmth towards China and Pakistan.

Imposing secondary CAATSA sanctions on India is not an easy step.

Against this background, imposing secondary CAATSA sanctions on India is not an easy step. Besides the irony of sanctioning the only country that has been designated as a “Major Defense Partner,” the U.S. will end up sanctioning the very entities that are responsible for a stronger India-U.S. defense engagement.

Any sanctions are likely to trigger a vociferous public backlash in India that can spill over to other aspects of bilateral relations. In short, the U.S. will end up alienating a partnership that is crucial for taking forward its vision on a range of frontiers – from the Indo-Pacific to vaccine production to climate change. This clearly cannot be the preferred way forward.

To resolve this dilemma, the U.S. would need to invoke the waiver provisions added to the CAATSA in 2018 for protecting the interests of key partners like India, Vietnam, and Indonesia from the impact of secondary sanctions. The main arguments that the administration would need to make would include that the waiver is in the vital national security interests of the U.S.; that it would not significantly increase the risk of compromising United States defense systems and operational capabilities; that the government of the to-be-sanctioned country is taking steps to reduce its dealings in terms of Russian weapons purchases; or is in cooperation with the U.S. on other security matters that are critical to the U.S. strategic interests.

As shown, India fits the bill eminently on all these counts. It has emerged as a strong political and strategic partner of the U.S. with increasing defense comfort. As regards any threat to U.S. systems, it needs to be noted that the U.S. and India signed COMCASA and BECA after India’s intention to acquire the S-400 was known and the potentially different systems can be protected from each other.

India has been decreasing its dependence on Russian arms for its own interests, even without the threat of sanctions; at the same time, it is buying more U.S. equipment than before. There is a close alignment of strategic interests between the U.S. and India, particularly in the Indo-Pacific. India’s recent strong engagement in the Quad strengthens this alignment and adds value to its role of a net security provider in the Indian Ocean. The case for a waiver is strong.

All this however does not leave place for lassitude in tending to the relationship. A close engagement by India with the U.S. administration as well as the U.S. Congress will be crucial in keeping front and center the belief that India-U.S. relations are too important to be harmed simply to spite Russia. 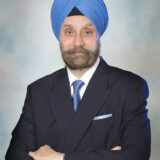 Navtej Sarna was India’s Ambassador to the United States and to Israel as well as High Commissioner to the UK. He is also the author of several works of fiction and non-fiction. Views are personal.