Inflation Targeting and Its Limitations

The world economy and the Turkish economy need not yet another version of IT regime, or unconventionalised monetary policy, but a monetary policy framework which understands the workings of the real economy and stands up to empirical evidence. 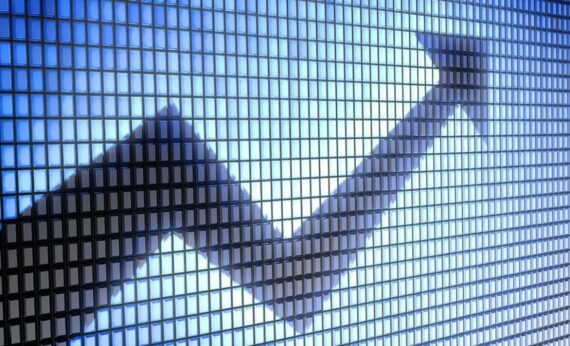 With the collapse of the so-called Bretton Woods system—the thirty-year international economic structure—in the tumultuous decade of the 1970s and with the rise of the neoliberal ideology in the 1980s, a new consensus emerged in the economics profession. As at the heart of this new consensus lay monetary policy, fiscal policy was dismissed as both ineffective and harmful to the economy without much consideration. Therefore, starting from the 1980s, monetary policy and central banking gained a great deal of importance and power in the new economic discourse and structure. In line with these developments, the independence and credibility of the central banks were extolled by both academics and policy makers.

NewsBy Politics Today
On the other hand, central banks in industrialised countries started to prioritise price stability, which was allegedly reached only by very low inflation rates through adjustments in the interest rates. This approach to the monetary policy was labelled inflation targeting (IT), and one central bank after another embraced and cherished this regime and started to implement it in the 1990s and 2000s. Industrialised countries led the way, and developing countries followed suit in this process. While New Zealand, Canada and the UK embraced the IT regime in the 1990-1993 period, developing countries such as Brazil, Mexico and Thailand did so in the 1999-2002 period. After the 2001 financial crisis, Turkey also switched to this regime implicitly in 2002 and explicitly in 2006.

It is now more than two decades as to the experience of the IT regime. Was it successful? The answer is, alas, no.

It is now more than two decades as to the experience of the IT regime. Was it successful? The answer is, alas, no. In the 1990s and the first half of the 2000s, when IT regime was still in its infancy, proponents praised the IT regime in that it resulted in low inflation rates and favorable economic outcomes. However, as time passed, it became clear that this was a hasty conclusion. First of all, while IT regimes did manage to decrease their inflation rates in the 1990s and 2000s, this was also case for non-IT regimes in the same period. The average global inflation rate was 12 percent in the beginning of the 1980s, decreasing to 7 percent in 1989, and to a mere 3 percent in 1999. This ratio was hovering around 2.5 percent as of 2014. The sweeping conclusion here is that the whole world (both non-IT and IT countries) was in a downward trend in terms of inflation in this period.

On the other hand, proponents of the IT regime defended it mostly on the grounds that it results in lower inflation and hence better economic outcomes. The logic here is that central banks should always try to reach very low inflation rates, and, no matter what a central bank does in its pursuit of this goal through interest rates policy, it cannot hurt the economy in the long run thanks to the neutrality of money. Therefore, tight monetary policy has almost no downsides on the real economy in the long run, and, once a low inflation level is attained as a result of the disinflationary process, nothing is lost, but much is gained in real economic terms, because whatever the short-run costs of the disinflationary process in the real economy, these effects will eventually fade away and die out and only price stability could have long-run (and positive) consequences.

One can hardly argue that there is a linear relationship between inflation rate and economic performance.

However, this approach cannot stand up to empirical evidence. First, there is no compelling reason to believe that the lower the inflation rate, the better. This could come as a shock to outsiders, but economics has neither inflation theory nor interest rate theory. It is as simple as this. All that economists say regarding inflation and (natural/real) interest rate do not stem from theoretical robustness, but actually reflect their ideology with regards to the workings of the economy. This is the point where empirical evidence should have an upper hand. It is hard to claim that very high inflation levels in the orders of 70-80 percent are not bad for the economy both in the short run and in the long run. However, this does not hold for one-digit or even somewhat higher inflation rates, especially for developing countries. While the gains of lowering the inflation rate from 70-80 percent to, let’s say, 7-8 percent almost certainly outweigh the costs, the costs of disinflationary process when the inflation rate is already in the one-digit range could greatly exceed the gains of achieving even lower inflation rates. On the other hand, it is very hard to decrease inflation rate when it is already in the one-digit range, compared to relative easiness of decreasing very high inflation rates, as Turkish case from 2001 onwards clearly shows.

Therefore, one can hardly argue that there is a linear relationship between inflation rate and economic performance. In the 2000s, a new strand of empirical literature in economics came into prominence. This threshold inflation rate studies assumed and then confirmed that, actually, there is a nonlinear relationship between inflation and economic growth, and, more importantly, there is a certain threshold above which inflation is harmful to the economy and below which inflation is conducive to economic growth. And, generally speaking, the threshold level for the developing countries was in the range of 15-30 percent, and for industrialized countries in the orders of 3-5 percent. The policy conclusion from this literature is that, when inflation is low, not decreasing but actually increasing, it could enhance growth.

The policy conclusion from this literature is that, when inflation is low, not decreasing but actually increasing it could enhance growth.

In addition, implementing tight monetary policy in the pursuit of even lower inflation rates could have very adverse economic consequences in the long run. Proponents of the neutrality of money assume no market imperfections and hysteresis effect, a borrowed term from physics that describes economic recessions and troubles as having long-term consequences such as lower growth potential and higher natural unemployment rates, insisting that tight monetary policy has nothing to do with the real economy in the long run. However, empirical evidence suggests that persistently higher-than-necessary interest rates—emanating from the overemphasis on price stability and inflation targeting—and disinflationary processes indeed culminate in lower economic growth, weaker investment performance and worse income distribution. For example, in IT countries, the share of wage earners, in general, declined right after the implementation of the IT regime. Ironically, the share of the wage earners in New Zealand, the poster boy and the first implementer of the IT regime, declined significantly from 50 percent (1980-1989) to only 43 percent (1990-2003).

The world economy and the Turkish economy need not yet another version of IT regime, or unconventionalised monetary policy, but a monetary policy framework which understands the workings of the real economy and stands up to empirical evidence. Monetary policy could indeed affect the real economy and central banks should acknowledge this fact and act on accordingly. Having one mandate—price stability—is only one side of the coin; real economic variables such as economic growth, unemployment rate and income distribution, which all could be affected and are affected adversely by tight monetary policies and persistently higher than necessary interest rates, are the other side. Let us not pretend this is not the case.