International Court of Justice rules in favor of Iran

On Wednesday, the highest court of the United Nations ordered for the U.S. to lift some of its sanctions that might hurt the import of humanitarian goods or services or adversely affect the safety of civil aviation on Iran. 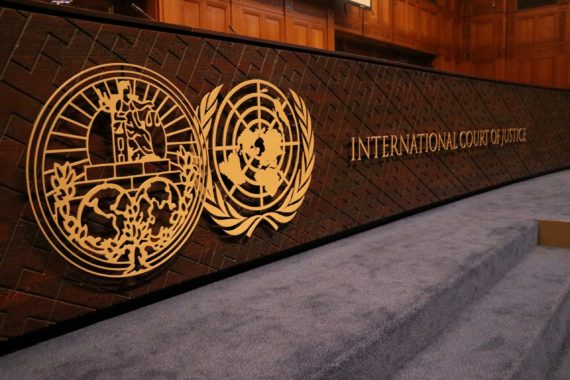 On Wednesday, the highest court of the United Nations ordered for the U.S. to lift some of its sanctions that might hurt the import of humanitarian goods or services or adversely affect the safety of civil aviation on Iran.

In the Hague, the International Court of Justice ruled in favor of Iran, ordering for the U.S. to “remove by means of its choosing, any impediments arising from” the re-imposition of sanctions on medicine and medical devices, food and agricultural commodities, and spare parts, equipment, and associated services needed for the safety of civil aviation.

While the ruling is legally binding on the U.S., the Trump administration has increasingly publicly questioned the authority of such international institutions. Therefore, there is no clear distinction as to whether the U.S. will follow the ruling.

He tweeted, “Another failure for sanctions-addicted USG and victory for rule of law. Imperative for int’l community to collectively counter malign US unilateralism.”

In May this year, President Trump withdrew the U.S. from the nuclear deal reached with Iran and the permanent members of the UN Security Council during the Obama era.

Following this withdrawal, he reinstated U.S. sanctions on Tehran, which had initially been lifted under the terms of agreement in exchange for restrictions on Iran’s nuclear energy program.

Many countries, including leaders of the European Union (Germany and France) and other countries such as Turkey have criticized the U.S. insistence on sanctions on Iran.

While Trump insists on his sanctions on Iran, he has also imposed high-levy tariffs on China and Turkey, which have given birth to new global trade wars.