Intra-Kurdish Approaches to the Independence Referendum in Northern Iraq

The referendum and possible independence process gets even more complicated when the non-Kurdish actors –both within and out of Iraq- are taken into account but Masoud Barzani is not naive enough to start a game that he has no chance of winning. Either way, the referendum is a fair game that Barzani dares to play. 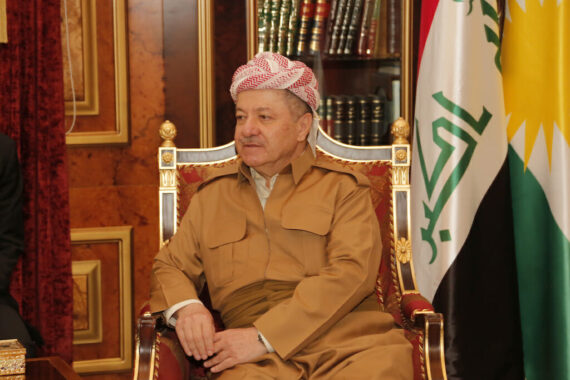 The densely Kurdish populated areas of Iraq obtained political recognition and autonomy from the central government of Iraq with the 2005 Iraqi constitution. This is how the Kurdistan Regional Government (KRG), originally established in 1992, and Kurdistan Region Presidency, formed in 2005, came to this day. Since then, Masoud Barzani, the president of the KRG, along with many other local political actors, has occasionally stressed the need for the region’s independence. Hence, independence calls are not new for the KRG. They have been made before, but never this loud, never this close. On June 7 Masoud Barzani, after a meeting with the major political parties of the region –with the exception of Gorran (Change Movement) – set the date for the referendum as September 25.

The referendum is planned to be held not only in KRG provinces such as Erbil (Hawler), Duhok, Suleimani, and Halabja but also in areas still claimed by the central government such as the oil-rich province of Kirkuk. The planned referendum will be a cornerstone not only for the KRG but also for the broader region. Nevertheless, there are pressing concerns and conflicts of interests on the referendum, its aftermath and political consequences at the local (KRG), national, and international levels. Here, concerns of the local actors in the KRG-ruled areas are of vital importance.

The upcoming independence referendum seems far from uniting the local actors in the KRG controlled areas. The Kurdistan Democratic Party (KDP) has come first in all the parliamentary elections up to now and is the party of both the regional president Masoud Barzani (since 2005) and the regional prime minister Nechirvan Barzani (since 2012 and previously from 2006 to 2009). While the party is the leading Kurdish political actor of Iraq, it is not uncontested. The Patriotic Union of Kurdistan (PUK) and Gorran, disappointed with the KDP’s governance in the KRG and Masoud Barzani’s ruling beyond his legally constrained presidential term, made an agreement in May 2016 to join forces for a number of causes, but most importantly for the reactivation of the regional parliament and counterbalancing the KDP. The two parties have more or less stuck to this deal so far despite occasional dissent from within the parties.

The PUK and Gorran, combined, make up 42 seats in the deactivated regional parliament, outnumbering the 38 seats held by the KDP. While the PUK and Gorran seem to embrace the idea of Kurdish independence from Iraq, the two also declared that “complete preparations” for a referendum on independence should be made after the normalization of the parliament, which has not sat since October 2015. Although the PUK and Gorran are concerned about the KDP’s hijacking of an independent Kurdistan, they are also not without problems given that Gorran split from the PUK as a result of internal rifts and has long charged both the KDP and PUK with corruption, on top of its tough rivalry with the PUK, particularly in Suleimani, which both see as their stronghold.

The PUK and Gorran’s deal to act as a bloc is not without problems. Moreover, both of the parties are going through a succession crisis to replace former Iraq president and PUK leader Jalal Talebani, who is in the midst of severe health problems, and the recent death of Gorran leader Nawshirwan Mustafa. Suffering from the absence of such charismatic and experienced leaders, the two parties seem to be far behind Masoud Barzani’s influence over the people of Iraq Kurdistan, the official name of the region according to the 2005 constitution. That’s also the primary reason why the tougher of the two, Gorran prefers a parliamentary system over the KDP’s presidential system proposal. And that is just part of a long list of disputes between the major political parties in the region.

While the three major parties in the Kurdistan Region have serious trust issues and problems on the table, the politics of the region is further troubled with the longstanding existence of the PKK in the region. The PKK has long struggled against the KDP’s authority across the Turkish border and could maintain its own areas up to this day. Yet now it is on the move again to expand at the cost of the KRG’s, particularly, the KDP’s interests.

Since breaking an over two-year long ceasefire with Turkey in July 2015, the PKK has also become more aggressive in Northern Iraq. The PKK could exploit DAESH’s presence to the best of its interests both in Syria and Iraq and now will likely destabilize the region further as the deadly clashes between the PKK affiliated forces and KRG Peshmerga in Sinjar in March 2017 showed. While the KDP and Turkey have had ups and downs in the course of their relationship since the Gulf War of 1991, the KDP, compared to other local actors, has remained the closest entity to an ally for Turkey. Once again Turkey and the KRG under the rule of the KDP are in a win-win game, deepening their commercial ties to an unprecedented degree while cooperating against the PKK. The two governments on the two sides of the border have allied against the PKK’s terror activities against Turkey and ambitions of expansion in the Iraq side of the border.

With its terror camps in Northern Iraq scattered from Metina to Qandil and its relentless use of violence against any adversary, the PKK is a real threat for the KRG’s move towards independence and what comes after. Any definition of statehood makes reference to Max Weber’s classical definition with its emphasis on the monopoly on the legitimate use of violence and the PKK has repeatedly shown that it has no intention to stop challenging the KRG or any other government’s claim on this.

Given the parameters, President Barzani’s call for independence will not be a smooth path. The upcoming referendum on September 25 is likely to exacerbate the existing tensions amongst the Kurdish actors settled in Northern Iraq. Of course, no local actor could directly object to Masoud Barzani’s referendum call, which would threaten the mass support they have. Nevertheless, all the relevant actors in the region, with the natural exception of the KDP, question the timing and aftermath of the expected referendum and express their concern that the referendum is not genuine but a political card being used by the KDP to extend and expand its rule of the KRG.

On the other hand, Masoud Barzani seems to be aware of the risks and opportunities that the post-DAESH Iraq will pose and he is eager not to leave the ground to the endless claims of the PKK while the PUK and Gorran are also trying to counterbalance his de facto supremacy. The referendum and possible independence process gets even more complicated when the non-Kurdish actors –both within and out of Iraq- are taken into account but Masoud Barzani is not naive enough to start a game that he has no chance of winning. Either way, the referendum is a fair game that Barzani dares to play.