Introducing an Asian common currency is a long-term project which not only requires a strong political will but also a considerable amount of time and effort. 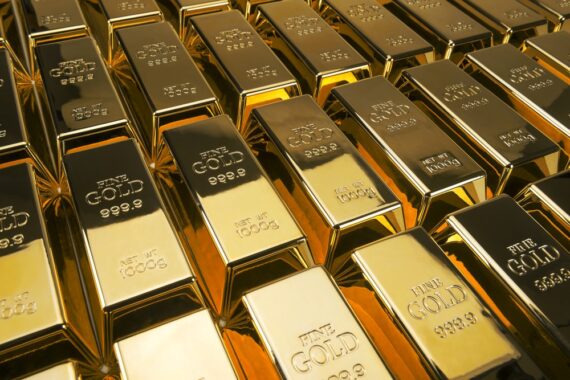 “In the Far East if you want to come together, we should start with a common trading currency, not to be used locally but for the purpose of settling of trade. …… the global market is tied to the US dollar, which gives room for the currency to be manipulated” (Dr. Mahathir Mohamad)

The “25th International Conference on the Future of Asia” was held in Tokyo – Japan on 30 May, 2019. The theme of the conference this time was “Seeking a New Global Order – Overcoming the Chaos.” The Prime Minister of Malaysia, Dr. Mahathir Mohamad as a keynote-Speaker inaugurated the conference and without losing time criticized the risks of a U.S.-dominated unipolar world and the instability of the world’s reserve currency, the fiat U.S. dollar. He suggested Asian leaders and advisors to rethink on a single Asian currency that is linked to Gold. Dr. Mahathir advocated that the same currency can be used for international trade and investment amongst the Asian economies. And could also serve as an alternative to minimize the dependency on the U.S. Dollar. As a quick refresher, the 93 year old Dr. Mahathir was the Prime Minister of Malaysia from 1981 to 2003, and again took office in May 2018. He also served as Malaysia’s minister of finance from 1998- 1999 and between 2001 -2003.

Dr. Mahathir’s remarks are very similar to what he has advocated in the past. He has been well known for his criticisms of the International Monitory Fund (IMF) and the international currency markets. It was during the Asian financial crisis of 1997-98 that Dr. Mahathir singled out currency speculators and traders. He openly condemned George Soros, as being responsible for the demise of Malaysian ringgits during the Asian Financial crises, a period in which the Malaysian Ringgit lost much of its value. Hence, it is easy to apprehend when Dr. Mahathir asserted that “in the Far East, if you want to come together, we should start with a common trading currency, not to be used locally but for the purpose of settling of trade. At the moment we have to depend upon the US dollar, but the US dollar is also not stable. So the currency that we propose should be based on gold because gold is much more stable.”

Asia has a long history when it comes to dealing with floating fiat currencies or trading in gold, silver and copper coins.

The veteran statesman in the past has also proposed the Islamic countries (i.e. Malaysia, Indonesia, Brunei and many countries of the Middle East) to opt for “gold dinar.” The Muslim world indeed holds a very long history of gold dinar (a gold coins weighing 4.5 grams), which was used as a basic mode of exchange from the 7th century through the 13th century. Likewise, Muammar Gaddafi of Libya also presented a similar notion where he proposed a common gold-standard policy for Islamic North Africa, and Africa. And it is generally assumed by quite a few that the perceived threat of this plan, to the hegemony of the floating fiat U.S. dollar, was one of the key factors that led to the invasion of Libya by U.S.-led NATO forces in 2011, which paved Gaddafi’s downfall.

Further, Dr. Mahathir noted that the idea of adopting another currency such as Chinese Yuan or Japanese Yen is not favored amongst the Asian countries. This is merely due to the fear of a loss of one’s sovereignty/autonomy. For that reason, the idea of introducing a Pan Asian gold currency is more viable in order to neutralize such reservations. Nevertheless, if the project becomes accepted in the near future the local currencies could also follow the same policy of linking to gold, which would eventually bring all of Asia under a common currency standard. This solution would likewise maintain the sovereignty of the domestic currency excluding the need for a centralized institution like the European Central Bank, and all the supranational superstructure that has accompanied it.

Interestingly, Asia has a long history when it comes to dealing with floating fiat currencies or trading in gold, silver and copper coins. For instance, China throughout the 11th and 15th century used paper currency for trade and commerce. And later reverted to silver, gold and copper coins and continued to deal in the same till mid-1930s. In fact, a number of Asian countries (like; Japan, Korea and Vietnam) in the past did follow the Chinese paper currency model. So much so, that the paper currency of China’s Yuan Dynasty was also used in Indonesia and in some parts of Europe for a number of years, even before the West formally introduced fiat money. However, the past showcases that the experience of Asia with paper currency was never worthy, hence, time and again the Asians reverted back to gold, silver and copper coins.

China, Russia, Iran and Turkey are aiming to bypass the U.S. Dollar and a common currency backed by the gold standard can be a valid option for all.

One can confidently affirm that gold has fascinated man since the very beginning. And what seems more attractive is the idea presented by Dr. Mahathir of having a currency that can be backed by the gold standard. Rather than a worthless fiat currency, gold backed currency would not only be holding real value, but would also be a hard currency. Importantly, one needs to recognize that over the last few years Russia and China have been proposing a framework that would manage and accommodate transactions in gold, bypassing the U.S. dollar and U.S. hegemony. In addition, both the countries are trying to make most of their transactions in gold since the two have been amassing gold reserves at a rapid pace compared to other countries.

At the same time, China, Russia, Iran and Turkey are aiming to bypass the U.S. dollar. And with the introduction of a common currency backed by gold can be a valid option for all. It is worth mentioning that a gold standard if implemented not doubt be allowing countries to flee away from the whims of the policy makers in Washington. The price of gold unlike U.S. dollar cannot be simply manipulated by even powerful governments. A world trading in gold currency will not be easily disrupted by the trade wars among two other countries or even a group of other nations.

Nevertheless, replacing the U.S. dollar may not be so simple or straight forward as it may seem.

As gold is universally acknowledged, therefore, sanctions even from a giant economic state cannot bar friendly states from trading peacefully in currencies operating under a gold standard. Nevertheless, it is fairly evident that replacing the U.S. dollar may not be so simple or straight forward as it may seem. The process of introducing an Asian common currency will be a long-term attempt which not only requires a strong political will within the region but also a considerable amount of time and effort. Hence, the young Asian leaders need to take heed from the 93 year old Dr. Mahathir’s call and work towards making this notion a reality.