Is a New Adana Agreement on the Agenda?

Russia has long argued for the reactivation of the Adana protocol to facilitate direct contacts between Damascus and Ankara, knowing that direct contact will change the diplomatic and political environment dramatically in favor of Russia and the Assad regime it backs. 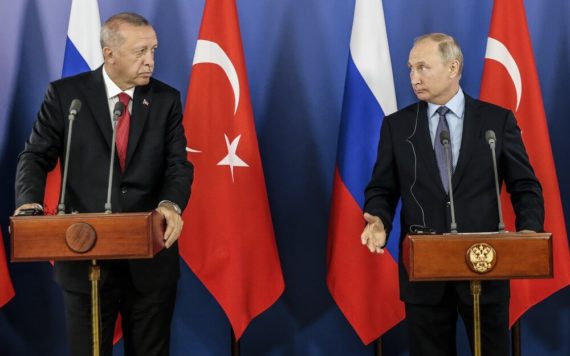 After Turkey and the Syrian opposition started a joint military operation against the YPG terror group in northeastern Syria, many new developments are beginning to reshape the situation in the region and the future of Syria. One of the most important will be the summit to be held today between the Turkish and Russian presidents in Sochi. While many are awaiting the outcome of the summit, Russian Foreign Minister Lavrov’s recent remarks about the possibility of amending the Adana agreement raises the question if this might be one of the outcomes today’s meeting. Sergei Lavrov stated: “This is the existing international legal framework that has been recently confirmed by both parties, including in the context of current events. If the parties, in the course of contacts, consider it necessary and mutually accept to clarify or amend this agreement in any way, this will be their decision, we will certainly accept and support it,”

In his following remarks, according to Sputnik News Agency, Lavrov underlined that “all Kurdish structures on Syrian territory should be solidly covered by the Syrian legislation, the Syrian constitution, so that there are no illegal armed groups on the territory of the Syrian Arab Republic, and so that there is no threat to security of the Republic of Turkey”

The Adana protocol signed by Turkey and Syria in 1998 outlines that the Syrian government will recognize the PKK as a terror group and will ensure the total destruction of PKK networks and operations in Syria, it also allows Turkey to cross five kms into Syria if necessary.

Currently, the new dynamics in Syria have forced Turkey and Russia to find a new pathway forward. With the US withdrawal and the joint Syrian-Turkish military operation, the dynamics in Syria have changed dramatically. The Assad regime signed a deal with the YPG to control the front lines and borders with Turkey and the Syrian opposition, and to prevent their further incursion. After the entry of the regime into Manbij and Ayn al Arab, the operations in those areas were halted. During his announcement of the Turkish-American agreement for the safe-zone in northeast Syria. The Turkish Foreign Minister also said that Turkey will discuss the removal of the YPG from these areas with Assad backed by Moscow.

However, Ankara is frustrated that the Assad regime has not cracked down on the YPG in the areas it entered after a deal with the US. Most notably, the region of Tal Rifaat is of great importance as a present example. Not only did the residents who fled the region after its capture by the YPG not return, but the YPG has continuously attacked Turkish soldiers and the Syrian National Army from Tal Rifaat.

Turkey knows that the regime is unlikely to crackdown on the YPG and will likely use it as a tool against Turkey, and that Syrian refugees won’t return to regime-held areas. This would mean that the Turkish safe-zone project might fail to achieve its objectives. The recent deal with the American side allowed Ankara to gain important leverage ahead of the summit in Sochi, but no one can foresee what the two presidents will agree on in today’s summit. At the end of the day, the outcome of the summit will be determined by the personal relationship between Erdogan and Putin as well as their negotiation skills.