Is Germany Heading into a Trap of Nationalism?

The CSU increasingly preferred nationalist like discourses by resembling Austria’s Chancellor Kurz or even Hungary’s Prime Minister Orban in order to compete with the AfD’s extreme standpoints. 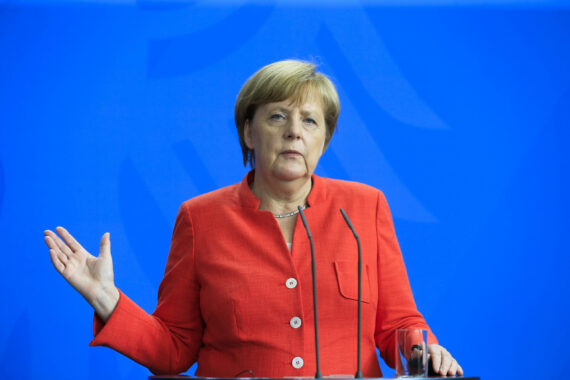 Since a couple of weeks and even months, the German public and media set an emphasis on certain issues, which have consequently been discussed on political platforms. Unfortunately, the issues being addressed trigger an exclusionary and marginalizing type of nationalism among the population and particularly in right-wing political circles. To show the range of the development, one may address two recent discussions. But to stress it right at the beginning; independent from the result of these discussions, the debate unfortunately ends with the success of the increasing nationalist mood among the German population.

First, it’s not a secret that the IV. coalition government of Chancellor Merkel is heavily under pressure due to dissatisfaction with her refugee policies since 2015. Although there have been different standpoints in solving the refugee crisis, the social democrat SPD, the conservative CDU and its sister party, the conservative Bavarian CSU, have been able to build a grand coalition government –as a last option– in March of that year. But due to the fact that the right-wing populist AfD became the main opposition party –which is a setback for German democracy– politics became more complex henceforth.

It gets more and more difficult for the conservative wing of the CDU and in general for the CSU to develop reasonable policies in order to compete with the AfD’s populist and nationalist promises. By this, it can be said that the upcoming elections in several German states will be a serious challenge. Above all, the elections scheduled for Bavaria in this year’s fall, will most probably set an end to the long years lasted one-party government of the CSU. Horst Seehofer, the CSU chairman and federal minister of the interior, publicly challenged the refugee policy of Chancellor Merkel (CDU) and even threatened to quit his job as minister, which thus triggered a government crisis.

Prior to that, the CSU already made additional religious-nationalist moves in order to allegedly reinforce its traditional base. Nevertheless, the recent crisis ended last week while weakening the already fragile coalition government. During that phase, the CSU increasingly preferred nationalist like discourses by resembling Austria’s Chancellor Kurz or even Hungary’s Prime Minister Orban in order to compete with the AfD’s extreme standpoints. However, the situation both steadily erodes Germany’s democratic understanding and increases the original nationalist, i.e. the AfD’s, vote share. Thus, despite the CSU’s increasing nationalist tendencies, according to recent polls, the AfD’s vote continued increasing and arrived a peak as much as the SPD’s vote.

The German public and media have been focusing on the so-called Mesut Ozil affair since the last two months. As I already addressed this in May, one of Germany’s best football players, Mesut Ozil, had been criticized and verbally attacked by various German nationalist/extreme right-wing circles due to his meeting with Turkey’s President Erdogan. Recently, Ozil has also been blamed for Germany’s fiasco during the 2018 World Cup even by the German national team’s manager, Oliver Bierhoff. Consequently, the already existing negative attitude towards Ozil continued on various platforms. This situation also turned into a racist atmosphere, which seems to become more and more normal among mainstream circles.

Even though Ozil was one of the better players of the generally disastrous entire German national team, many German fans blamed only the German star with Turkish roots. Currently, the demand is getting louder that Ozil has to dropped from the national team. Moreover, the president of the German football association, Grindel, stated that Ozil needs to talk, as the 29-year old football star has never spoken about his meeting with Erdogan, unlike Ilkay Gundogan: “It’s true that Mesut has not commented yet. This has disappointed many fans because they have questions and expect an answer. They rightly expect this answer.”

Similar to other Germans, even Grindel is obviously trying to label Ozil as a scapegoat for the national team’s failure. Furthermore, his statements actually sound like an ultimatum according to which Ozil has to distance himself from the meeting (and his standpoint) or he will be dropped from the national team. This absurd demand shows how far nationalist discourses and the societal mood can reach and eventually dominate even the country’s sports arena. As a comparison, no serious person has spoken a concern about the once successful German football legend, Lothar Matthaeus, who recently met with President Putin and who actually doesn’t regret it.

Ozil’s father Mustafa, however, said that his son should say “thanks, that’s it” and quit playing for Germany’s national team. According to Mustafa Ozil, “Unfortunately, in Germany there are people who still have prejudices and reservations against us Turks.” He also added that Mesut is disappointed, offended and abused, despite the fact that he has been playing for Germany for 9 years and he has done a lot for the country. Thus the question arises, what will happen if one of Germany’s most successful soccer players quit international football at 29? Most likely, Ozil would continue to play professional football in one of the world’s best football leagues, such as the Premier League in Britain. But it’s quite predictable that even in such a situation German racists would still continue to blame Ozil – this time for his decision to retire.

As we see, it’s obvious that the current refugee problem and Germany’s chronic ambivalent behavior in the treatment of Muslims, Turks and Turkey in general, still causes consequential problems in German daily life. Imitating the discourses of right-wing extremists and populists does not bring success but rather intimidates the Turkish population. But where may this trend finally end? Borrowing an exclusionary type of nationalism from extremist circles causes the risk of a normalization of the already current tensed social mood. To prevent further deterioration of the societal and political climate, reasonable  politicians with executive positions have to take control of their statements and positions. This is because, as the social democrat Justice Minister Katarina Barley recently and rightly stated, “those who adopt the language of right-wing populists pave the way for them … We must not allow for the discourse in our country to slip more and more to the right.” And slogan-like recommendations would not facilitate the current problematic situation but rather worsen it and legitimize nationalist circles’ demands.