Is the Nation Alliance Collapsing?

The Iyi Party’s Spokesperson Yavuz Agıralioglu announced that if the CHP keeps its relations with the HDP intact, the Iyi Party will no longer take part in the Nation Alliance. This statement shows that the ongoing disputes between two parties has deep-rooted causes. 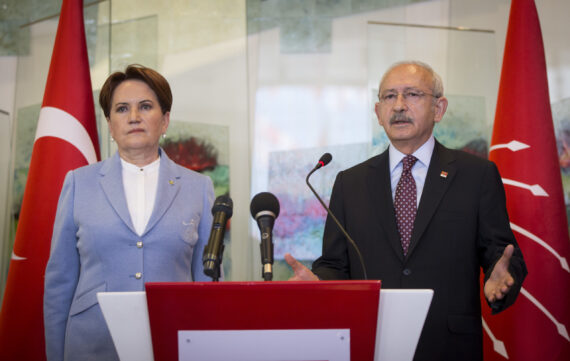 Recent disputes between the CHP and the Iyi Party have reached a deadlock. Last week, I mentioned that the different responses of these two parties towards recent incidents in Turkish politics may shift the composition of alliances in the long term. The recent announcement of the Iyi Party’s spokesperson shows that the Nation Alliance may be on the verge of shifting towards in another direction due to the changing environment in Turkish politics.

The Iyi Party’s Spokesperson Yavuz Agıralioglu announced that if the CHP keeps its relations with the HDP intact, the Iyi Party will no longer take part in the Nation Alliance. This statement shows that the ongoing disputes between two parties has deep-rooted causes. The Iyi Party had been complaining about the CHP’s cooperation with the HDP in the appointment of trustees in some municipalities, and the HDP’s active involvement with the Nation Alliance during the local elections. Thus, the latent crisis has come to the surface recently.

Nonetheless, it is impossible to say that the Nation Alliance will collapse due to the ongoing crisis. Understanding the rationale behind this issue requires examining the characteristics of pre-electoral alliances. In general, pre-electoral alliances are classified into two categories: active and passive alliances. In active alliances, the position of political parties in the alliance and their perception towards the issues at the agenda may change in time. When it comes to passive alliances, since political parties have a consensus on their positions rather than interests, the alliance is robust against challenging issues.

It is obvious that the Nation Alliance is indeed an active alliance compared to the People’s Alliance, which is clearly a passive one. Because of this issue, although the People’s Alliance can keep firmly grounded in the local and national values (yerlilik ve millilik) of Turkey, the change in the interests of one of the members of the Nation Alliance may create serious consequences for all members.

However, although the dispute between the CHP and the Iyi Party cannot be underestimated for the future of this alliance, it will not bring the collapse of the cooperation between the two parties. Since these parties’ interests are not adversarial yet, their cooperation to overthrow the AK Party government and President Erdoğan will seem to be maintained.

Nevertheless, it is also inescapable for these parties to keep their alliances without losing the support of their electorate. The Iyi Party may especially suffer from its cooperation with the CHP-HDP alliance if it becomes official. The Iyi Party’s nationalist supporters may withdraw their supports from the party due to the HDP’s increasing influence in the Nation Alliance block.

Moreover, since the parliamentary elections in Turkey require the building of formal alliances through declaring the reason of the alliance with a document, the Iyi Party cannot convince its electorate to have a formal alliance with the HDP. Because of this reason, as the latent figure of the opposition block, the HDP’s role is still ambiguous and stays under the surface.

Thus, it is too early to say that the Nation Alliance is collapsing due to the failure of cooperation and coordination mechanisms between the CHP and Iyi Party. Nevertheless, it seems that the Iyi Party should convince its supporters to have an alliance with the CHP which does not hide its close relations with the HDP anymore. Beyond all, as there are still four years until the elections, it is difficult for all political parties to keep their positions on currently shaky political ground.