Is the spring finally coming to the Turkey-PUK relations?

Turkey has a simple rule: do not support the PKK if you do not want to catch my wrath. 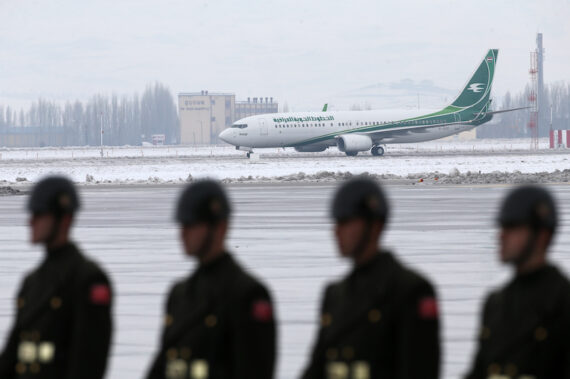 The new year has witnessed quite novel developments in Iraq from Kirkuk to Suleymaniyah, even extending to Turkey. Patriotic Union of Kurdistan (PUK) was in the center of these developments. While the movement had some tensions with the central government over raising Kurdistan flags in the disputed city of Kirkuk, the issue did not escalate. As it happened with the independence referendum of September 2016, once again the central Iraqi government stepped in and pushed back the Kurdish parties behind its red line. While this flag issue did not grow bigger, the PUK-backed Iraqi president Barham Salih paid a significant visit to Turkey.

Salih’s visit was very important from two interrelated aspects: Turkey’s troubled relations with the PUK and the PKK’s activities in the PUK-controlled territories. Turkey’s closest partner in the Kurdistan region of Iraq (KRI) has always been the Barzanis-led Kurdistan Democratic Party (KDP). While the KDP received the Turkish backing, the PUK relied on Iran’s support. The Turkish-PUK relations went even worse after the controversial independence referendum in the KRI and the PKK’s capture of two Turkish citizens (allegedly Turkish secret service officers) in August 2017 in the PUK-controlled areas. Turkey closed the PUK’s office in Ankara and stopped international flights between Turkey and Suleymaniyah, a decision to be extended later on, most recently in the past December.

Barham Salih recently paid a visit to President Erdoğan. Only days after this top-level meeting, the PUK closed PKK’s propaganda and training center Şehit Givara Academy and detained 52 people including the co-leaders of the Tevgera Azadi, a pro-PKK political party in Iraq.

While Turkey was responding tough to the PUK’s permissive behavior toward the PKK activities in its very own areas (both rural and urban), the PUK recently started to shift its position. First, Salih sent some positive signals to Turkey and a lower level meeting took place between the two sides in the past summer, and in November, we saw the PUK taking some measures against the PKK. And finally, Barham Salih paid a visit to President Erdoğan. Although this seems like an ordinary meeting of the presidents of two neighboring countries, the PKK was on the top of the agenda.

Only days after this top-level meeting, the PUK took further measures against the PKK. Şehit Givara Academy, a propaganda and training center of the PKK, was closed by the PUK forces and 9 people inside the office were detained. Two days later, the PUK forces this time arrested 52 people including the co-leaders of the Tevgera Azadi, a pro-PKK political party functioning in Iraq. And then we heard about the plans to resume international flights between Turkey and Suleymaniyah after two years. There is still no official explanation on the news about resuming flights as Turkey may want to see further steps taken by the PUK. Nevertheless, the climate is quite warm between Turkey and the PUK and such a development would not be a surprise.

Turkey has a simple rule: do not support the PKK if you do not want to catch my wrath. This rule applies to all, from the U.S. to the PUK. The PUK seems to get this simple message.

After all, the young Talabanis in charge of the PUK seem to notice that they cannot solely rely on Iran, especially at a time when the US is increasing its pressure over Iran and Iranian economy is suffering. It seems like the PUK will try to balance Iran’s influence with Turkey’s by trying not to alienate either one. Further, the PKK is now not only a destabilizer for Turkey but for the PUK areas foremost. It is posing great risks for the PUK (and also the KDP) to allow the PKK function in their own areas as the PKK’s activities bringing in Turkey’s defensive measures right into the KRI territories.

Turkey has a simple rule: do not support the PKK if you do not want to catch my wrath. This rule applies to everybody from the greatest to the minor actors, from the US to the PUK. Finally, the PUK seems to get this simple message of Turkey and seems to agree that the KRI without the PKK will be a better place for the PUK as well.