Is the UAE Changing its Strategy Toward Iran? 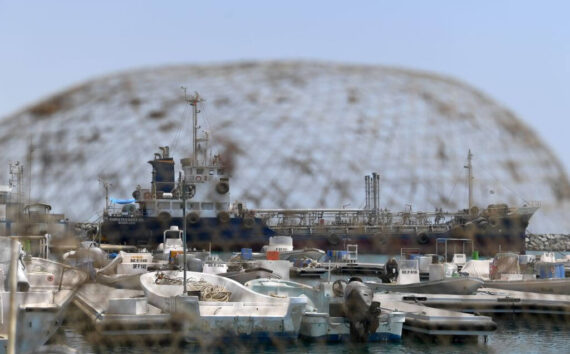 A ship is picture through a fishing net in the port of Fujairah on July 2, 2019 in the east of the United Arab Emirates (UAE), where recent tensions spiraling between Iran and the United States have affected movement in the Gulf of Oman, near the strategic Strait of Hormuz. AFP/Getty Images

Despite years of close economic and cultural relations, the United Arab Emirates and Iran have been in opposite camps in regional politics. The UAE has taken a negative stance towards Iran, particularly in the post-2011 period, thanks to the support of the US, Israel and Saudi Arabia. The UAE Crown Prince Sheikh Mohammed bin Zayed’s tough policies toward Tehran even caused a rift between the leaders of Dubai and Abu Dhabi, as the former Emirate significantly felt the economic losses caused by escalating tensions with Iran.

There are, however, signs that the UAE has been changing its strategy toward Tehran. The initial signs of this possible shift were observed last May. On May 12, Emirati and international oil vessels at the Port of Fujairah were attacked by an unidentified source. While regional and global actors rushed to blame Iran for the attack, the UAE was cautious to blame any party. A few days after the attacks, Anwar Gargash, the Minister of State for Foreign Affairs of the UAE, announced that the UAE did not want to escalate tensions with Iran. Subsequently, following an investigation into the event, the UAE announced that a “state actor might be responsible for the attack” not mentioning Iran by name.

The UAE then went on to reduce its military presence in Yemen on 8 June. Although it consulted with Saudi Arabia, the UAE’s Yemen move was an upsetting decision for Saudi Arabia, as Riyadh had a long-term strategy to confront Iranian backed Houthis in Yemen. Abu Dhabi’s decision was also a sign of diverging views between Saudi and Emirati leadership on regional politics, particularly regarding the strategies toward Iran.

In another unprecedented move, in late June, a UAE delegation arrived in Tehran to discuss issues related to maritime security in the Gulf, border problems, illegal crossings, fishermen issues, mutual visits by citizens of the two countries and other issues regarding territorial waters. By sending a delegation to Iran, the UAE showed that a new strategy was in the making toward Tehran. While this was the first delegation from Abu Dhabi to Tehran to discuss these issues since 2013, the Iranian media framed the visit as a “Mission of Peace”.

There are several main reasons behind this possible policy shift by the UAE toward Iran. First of all, the UAE leadership realized that it is not ready for a direct confrontation with Iran. Despite years long defence spending, the UAE’s military capabilities are still limited. In case of a confrontation with Iran, the UAE would face serious damage, as it would be a direct target for Iranian attacks. This was also visible in the campaign in Yemen. Iranian supported Houthis could attack targets inside Saudi Arabia. This means that if they wish, their missiles can reach UAE cities as well.

It is a question whether Iran will positively respond to UAE’s likely rapprochement following long years of hostility.

Secondly, there is a problem of trust by the UAE regarding the future of its allies, such as the US, Israel and Saudi Arabia. It is not certain that the US President Donald Trump will win the next presidential election in 2020, and there is political uncertainty in Israel, which will hold another round of elections. Saudi Arabia’s leadership has also been facing strong criticism globally, particularly after the killing of Jamal Khashoggi in October 2018 in Saudi Consulate in Istanbul. Without an environment of trust, the UAE leadership would not want to face a direct confrontation with Iran, as it would be left alone in its struggle if other allies have their own priorities.

Another reason for the UAE’s possible repositioning of itself against Iran is the fact that Tehran has proved itself as a regional power, as it has successfully held on to its campaigns on many fronts. Iranian supported Houthis have kept their position in Yemen while they prevented Saudi Arabia from taking control of major cities in the country. In addition to that, while Tehran’s influence over Iraq has grown to an unexpected level, Iran continued to keep good relations with countries like Turkey and Qatar. More recently, Iran has also shown its muscles in the Strait of Hormuz as the Revolutionary Guards seized a British vessel in retaliation for Britain’s decision to seize an Iranian vessel in the strait of Gibraltar. This was a clear sign to global actors that Iran would do whatever was necessary to continue its control over the Strait of Hormuz and would not tolerate any aggression toward itself.

Despite these motivations the UAE’s decision to redesign its strategy toward Iran would not be welcomed by Saudi Arabia, the US, and Israel—countries that see Tehran as the main enemy in the region. It seems that the anti-Iranian camp would hardly change its current policy toward Tehran as the US would likely toughen sanctions against the Iranian regime. Therefore, it is not clear how the UAE will manage its relations with these countries while changing its strategy toward Iran. It is also another question whether Iran will positively respond to UAE’s likely rapprochement following years of hostility.