Is there a Split Within the AK Party?

Some political circles imply that former AK Party ministers are about to establish a new political party as an alternative against the government. Even if there have been no official statements made about these allegations, Turkey is nowadays discussing the possibility of the establishment of a new splinter party. 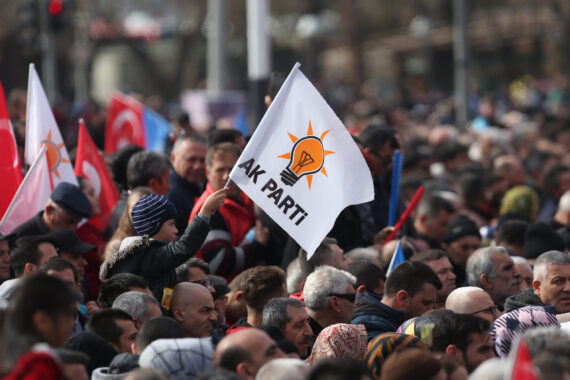 With almost a month left until the local elections, political parties have put all their efforts to cross the finish line in lead. All parties have made and continue to make efforts to maximize their gains in local administration. While on the one hand local elections dominate the agenda of domestic politics, there is a rising discussion on the possibility of the formation of a new political party on the other. Some political circles imply that former AK Party ministers are about to establish a new political party as an alternative against the government. Even if there have been no official statements made about these allegations, Turkey is nowadays discussing the possibility of the establishment of a new splinter party.

Indeed, Turkey’s political history is full with splinter parties founded as a result of disagreements and intra-party rivalries. The prominent examples of splinter parties in Turkey are the Great Union Party founded by Muhsin Yazicioglu, the New Turkey Party founded by former MPs of the Democratic Left Party, and Turkey Party established by Abdullatif Sener, a former minister of the AK Party currently serving as an MP for the CHP. All of these political parties were divided into various functions due to increasing conflicts and clashes of ideas at the time.

Why has the AK Party never faced any massive intra-party opposition in comparison to other political parties?

Since the AK Party has been in power for 17 years, there have always been some rumors about new splits within the party. However, even if some politicians leave the party because of the clash of interests, there has never been a massive intra-party opposition movement within the party.

Why has the AK Party never faced any massive intra-party opposition in comparison to other political parties? The answer of this question lies behind the powerful and consolidated leadership of President Erdogan, which has been acknowledged by the masses for years. Nonetheless, other political parties experienced some problems in providing consensus and the acknowledgement of the party leadership by society. For instance, both the CHP and Iyi Party have experienced a leadership crisis in the last year, which has resulted in the resignation of some prominent party officials from both parties.

Abdullah Gul, Ahmet Davutoglu, and Ali Babacan have been proposed as challengers of Erdogan’s leadership. Do these names really have the capacity to challenge Erdogan or get mass support?

These three names have served in various positions under the AK Party administration. Abdullah Gul served as Minister of Foreign Affairs, Prime Minister, and President. Likewise, Ahmet Davutoglu and Ali Babacan have also served in critical positions in the AK Party governments. After their terms ended, they did not have a serious impact on the dynamics of the party. This means that they could not create their own followers neither under the roof of the AK Party, nor among the voters.

Due to the fact that these names have not provided a statement either supporting or denying the allegations, it is possible to see some mobilization among former AK Party officials. Nevertheless, because of the lack of leadership and support, it is difficult for these mobilized groups to turn into a new political movement against the AK Party. Turkey’s opposition parties, on the other side, will never quit their quest for an alternative conservative party against Erdogan since they cannot perform an effective opposition in Turkish politics.