Trump’s maximum pressure policy is working but apparently not to the advantage of regional and global peace and stability. Although sustainable regional peace is a distant dream under the present circumstances, the de-escalation of the current crises can serve as a promising starting point. 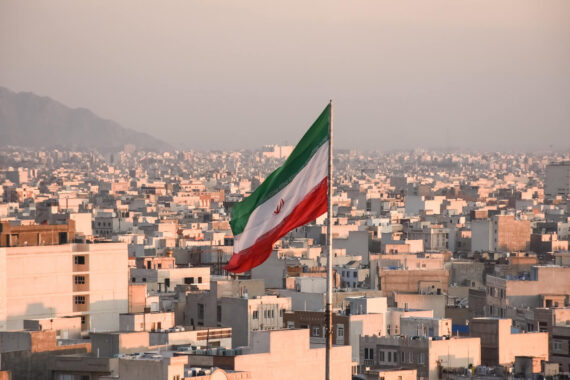 US President Donald Trump’s anti-Iran stance has grown dangerous since he abandoned the JCPOA (Joint Comprehensive Plan of Action), or the nuclear deal, in May 2018. The consecutive sanctions imposed since, have seriously hurt Iran’s economy. Though the JCPOA was a multiparty deal and its other signatories, namely Russia, China, the UK, France, Germany along with Iran, are still party to it, Trump’s decision left it practically ineffective in many ways as shown by the number of non-American foreign firms swiftly departing from the Iranian market.

Iran’s economic indicators have been steadily deteriorating for months, and it is very difficult to see light at the end of the tunnel at the moment. Since Trump appeared as a presidential candidate he was no fan of the Islamic Republic, and he was particularly against the nuclear deal which he called “the worst deal in history”. After coming to power in January 2017, he never missed a single opportunity to criticize and even insult Iran which he condemned as “a religious dictatorship” and “a sponsor of terrorism” and was impatient to tear the deal up.

The December 2017 protests in Iran further whetted his appetite. The protests first broke out of simple economic concerns in some Iranian cities but then turned violent in a number of locations giving Trump a most viable moment to denounce the Islamic Republic as a repressive regime. Thus, came the US sanctions against Iran in two rounds. The first of which started in August 2018 and the second  six months later in November 2018. They targeted every strategic component of Iran’s economy including the oil industry as its backbone. This is how Trump’s “maximum pressure policy” against Iran unfolded.

The rationale behind Trump’s Iran policy was simple: Iran was economically fragile, socially unstable and regionally isolated and would simply not stand against “the strongest sanctions in history” which Mike Pompeo, Trump’s Secretary of State, vowed the US was to implement. The declared aim of the pressure was put into 12 tough demands by Pompeo, which required Iran: To, inter alia, permanently and verifiably abandon every single military dimensions of Iran’s nuclear program; to cease “proliferation of ballistic missiles and halt further launching or development of nuclear-capable missile systems”; to quite “its support to Middle East “terrorist” groups, including Hezbollah, Hamas and Islamic Jihad”; to withdraw “all forces under Iran’s command throughout the entirety of Syria”; to terminate “the Islamic Revolutionary Guard corps-linked Quds Force’s support for “terrorists” and “militant” partners around the world; and to end “its threatening behavior against its neighbors, many of whom are US allies, including its threats to destroy Israel and its firing of missiles at Saudi Arabia and the United Arab Emirates, and threats to international shipping and destructive cyberattacks”.

Unsurprisingly, Iran refused to concede to the US’ threats forthwith which was met by the US’s new waves of sanctions. However, Trump’s ultimate goal from the maximum pressure policy still remains a pressing question. The overly extensive demands virtually put the Islamic Republic in a “rouge state” position and would rip it off its decades-old foreign policy instruments and the US President knew it. He was, therefore, well-aware that “dragging” Iran to the negotiation table under the terms laid down by his administration was an impossibility at least in the short-run. That’s why he said days after announcing the demands: “Iran at some point will call me and ask for a deal, and we’ll make a deal. […] They are feeling a lot of pain right now.” So, if this was the long-term objective of his maximum pressure policy, what did he expect in the short-run?

Though the JCPOA was a multiparty deal and its signatories are still party to it, Trump’s decision left it practically ineffective as shown by the number of non-American foreign firms departing from the Iranian market.

To answer the question, it is best to begin with a catch up of the post-November 2018 events when the US sanctions came into force in its entirety. Shortly after, in December Iran’s president Hassan Rouhani vowed: “If one day they want to prevent the export of Iran’s oil, then no oil will be exported from the Persian Gulf.” The US hit back by cautioning Iran not to threaten them. In early May 2019, the temporary waivers granted in November to eight major importers of Iran’s oil, which included Turkey, were ended for the declared intention of bringing “Iran’s oil exports to zero, denying the regime its principal source of revenue,” White House Press Secretary Sarah Sanders said in a statement following the decision. Thus, the situation in the Persian Gulf heated up as well.

In April 2019, the US designated Iran’s elite Revolutionary Guards a terror group to which Iran reciprocated by designating all US troops in the Middle East as terrorists. As Iran further reinforced its presence in the Persian Gulf, the US deployed a bomber task force and the Abraham Lincoln carrier strike group to the Middle East in response to “a credible threat” from Iranian forces. Regarding the move, White House National Security Adviser John Bolton said: “The United States is not seeking war with the Iranian regime, but we are fully prepared to respond to any attack, whether by proxy, the Islamic Revolutionary Guard Corps, or regular Iranian forces.” On 14 May, Ayatollah Ali Khamenei, Iran’s Supreme Leader, declared that: “Neither a war will happen; nor will we negotiate.” As the US-Iran skirmish grew more serious, the Iranian leadership blamed the EU for not fulfilling their part of the responsibilities guaranteed by the deal and said they would compromise from theirs too. On May 7, the EU warned Iran against a breach of the deal and declared that “it will re-impose sanctions if Tehran abandons parts of the agreement signed in 2015”. Iran did not step back and announced on May 8 a partial withdrawal from the deal. In the meanwhile, Iran’s oil exports have fallen well below the critical one million barrels a day level. Then the tanker crisis broke out.

On May 12, four ships, including three oil tankers, were damaged by “sabotage attacks” in the Gulf of Oman. Bolton said on May 30 that Iran was “almost certainly” behind the attacks. Iran denied the allegations. On May 14 Yemen’s Houthi rebels launched drone attacks on Saudi Arabia. Then on June 9 the rebels carried another drone attack on the Saudi Abha International Airport near the Yemeni border, but Iranian authorities said they were not involved in the incidents. On June 13, the day Japanese Prime Minister Shinzo Abe meet Khamenei in Tehran, a Norwegian and a Japanese tanker came under attack again the Gulf of Oman. Iran was again held responsible, but Tehran denied any involvement. On July 4, the British Royal Marines, police and customs agents in Gibraltar stopped Iran’s oil tanker which allegedly was carrying Iranian crude to Syria in breach of European Union sanctions. Tehran condemned London and in response seized two oil tankers – one registered in the UK, the other in Liberia – in the strait of Hormuz on July 19 which added to the worsening standoff in the Gulf that was to further escalate when Iran announced, the next day, that it shot down an “intruding American spy drone” after it entered into the country’s territory. Finally, on 31 July the US Department of the Treasury’s Office of Foreign Assets Control (OFAC) took action against Iran Foreign Minister, Mohammad Javad Zarif, who was called “the regime’s primary spokesperson around the World”. By the sanction, “the United States is sending a clear message to the Iranian regime that its recent behavior is completely unacceptable,” said Treasury Secretary Steven T. Mnuchin.

In view of this short timeline of recent events, the Trump administration is apparently set to isolate Iran globally as well as regionally by at the same time putting its economy under increasing pressure. Accordingly, Iran’s “aggressive” behavior would result in its further isolation. Iran turned its face to China, and partly Russia, for support in the face of the economic challenges. But the recent reports indicate to a sharp decline in China’s oil imports from the Islamic Republic. The Trump administration will certainly increase its pressure on Iran as is proved by growing list of sanctions. Yet, Iran is an important regional power and a major oil exporter. Besides, due to its presence in Yemen and especially Syria it has to be part of the solution to the existing regional crises as well. So, Trump’s maximum pressure policy is working but apparently not to the advantage of regional and global peace and stability. Although sustainable regional peace is a distant dream under the present circumstances, the de-escalation of the current crises can serve as a promising starting point.