ISIL is a modern phenomenon and it is in many ways not different from fascism or communism which for a great part defined the bloody history of the twentieth century. 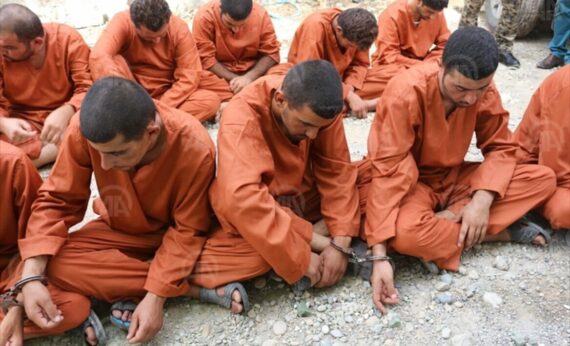 On June 29, 2014, an armed group declared that they had established the Islamic State and that they were to restore the caliphate. Subsequently, the group changed its name to the Islamic State of Iraq and to Levant/Syria-ISIL/ISIS.  In a short span of time, the group has taken hold of a number of cities, ammunition stores and has established substantial financial resources.

ISIL is a modern phenomenon and it is in many ways not different from fascism or communism which for a great part defined the bloody history of the twentieth century. For ISIL, the caliphate is a mere declaration of intention – it has never offered any theological explanation of it. Its leadership’s main group of advisors is composed of the remainders of Saddam’s army, especially the Republican Guards; in this manner ISIL features in the dictatorship of the Saddam era. ISIL is a reflection of the situation created by the United States and, later, by Iran in the region. Currently, Western countries are targeting ISIL, which in return, puts up strong resistance and has gained new sites in Iraq and Syria. At this stage, ISIL has gained the sympathy and support of radical organizations such as Al Nusra and the Islamic Front. ISIL’s power is, in a sense, a result of the lure of power. It must be born in mind, however, that neither other jihadi movements –including many warring factions under the banner of ISIL- nor major denominations –including Salafis- have accepted ISIL’s call for the establishment of the caliphate.

ISIL’s ontological base is a reaction against the regional policies of Western countries and Israel alongside the failure of the state institutions in Iraq and Syria. The emergence of fascist organizations everywhere in the world in such overwhelming and long-term instability is frequently encountered. ISIL is an outcome of the latter and to present it as one of the main reasons of the state of affairs in the Middle East is complete demagoguery.

Salafi movements can be seen as products of the reaction against the globalization of modernity in an effort to influence the Islamic world. However, ISIL represents a more radical break than Salafi movements; it is impossible to consider ISIL as part of heretical Islam. It is true that ISIL has derived its human resources from “Muslim” societies but its mode of appearance, ignorance, hastiness and greenness has reduced it to a tool for preparing the ground for regional operations of various outsiders and to legitimize and facilitate their operations.

ISIL is a modern phenomenon and it is in many ways not different from fascism or communism which for a great part defined the bloody history of the twentieth century.

ISIL suggests that all areas of life –and politics, of course- must be carried out as they were in the initial stages of Islam. That stage, at least as far as ISIL defines it, is almost an imagined one. As to the call for the caliphate of Al Baghdadi, certain questions must be answered from the outset: Is the caliphate an issue that can be owned by a group formed in a few years and trying to make a name by terror activities? Can we explain the situation while ignoring its historical-sociological background? As is known, the caliphate has a connotation of higher authority inviting all Muslims to obey. Today, the nation-state, which is formed on the concept of “absolute” positive and negative sovereignty, is the norm in global politics. It will not recognize any higher authority including the caliphate in the traditional meaning of the term. Therefore, a call for the caliphate is nothing but an instrument to carry out immediate objectives.

Radical groups or ideologies can be seen in every society and in all periods. What is important is how these groups or ideologies get hold of the community or the international system. At this point, we should ask: would we still be referring to the so-called Al-Qaida organization, had there never occurred a power struggle between the USSR and the U.S. in Afghanistan? Can we understand the emergence of ISIL without Al-Qaida and the U.S. occupation of Iraq? Going back further, without the postcolonial practices of Western countries in the Middle East – i.e. the extraordinary political capacity of the U.S. to remain on friendly terms with Saudi Arabia so as to hold sway over oil flux – would Salafi/Wahhabi ideologies terrorize marginal groups in the Islamic world?

What about the concept of jihad and mujahidin? Were not the mujahidin the “good guys” for the U.S. before 1989? What was the content of the concept prior to the mujahidin of Afghanistan? What about democracy? Do Western countries want to see real democracies in the Islamic world? What is the nature of the rage of the Muslims living in Western countries? Is it only because they are Muslims or because of the frustration caused by racist and exclusionary circumstances in the West? What is the target of this rage? Why do they kill Muslims in Syria and Iraq?

With these questions, we do not want to empty the historical content of the concept of jihad and to suggest that the concept is wholly produced by Orientalist approaches. On the contrary, the term jihad occupies an exceptional place in Islamic history. It has been a main motivation behind the social, economic and political power of Muslim states. From this perspective, we need to ask again: Can people who use the “jihad” rhetoric offer a clear definition of the concept, which is acceptable to everyone, especially to Muslims? Do the “jihadists” emulate historical Muslim figures or modern warriors like Hitler and Saddam Hussein? Current representation of the concept empties its historical content and makes it unattractive in the eyes of the whole world, including Muslims. This sort of empty concept eliminates one of the vital ontological roots of the Islamic world and exterminates its most important vantage point against the West.

It does not seem realistic to say that ISIL will soon be wiped out of the Middle Eastern scene in an environment where state institutions are paralyzed, the state image has collapsed, and political commitments are defined along sectarian lines.

At this point, it is of little significance to detect the presence of Western actors or intelligence agencies in the emergence of ISIL. What is significant is how ISIL is utilized by global actors for the sake of their pragmatic purposes. In order to understand this, we should look at the kinds of results brought about by policies designed and implemented through ISIL. To give a few examples:

It does not seem realistic to say that ISIL will soon be wiped out of the Middle Eastern scene in an environment where state institutions are paralyzed, the state image has collapsed, and political commitments are defined along sectarian lines. Unless power-sharing struggles between global and regional actors cease, to build successful states in Iraq and Syria will never be possible. The most aggrieved parties from this situation have been the Syrian and Iraqi peoples, of course. Regional countries such as Saudi Arabia, Egypt, Iran, and Turkey have been hit the hardest both in their domestic and foreign policies. It cannot be said that Western countries and Russia have clearly benefited from the turmoil in the region. The country that has benefitted the most, however, is Israel, which is now the most relaxed it has ever been in its history as the highest threats to its existence, namely Syria, Iraq and Egypt, have been paralyzed.